No computers no launch control no ABS, just 1052cc’s of grunt fed by 4 carbs all wrapped up in bodywork that would make the dark knight drool. And with less than 9,000 miles since new, this 1992 Ninja ZX11 is a treat to behold.  I know the ZX11 might not seem like a rare sportbike but its important to remember the big Ninja was the fastest production sportbike from 1992 to 1997 in large part thanks to its ram air system.  This means it meets the RSBFS technology and historical significance criteria and when you add in the  mileage/condition of this particular unit it seemed worthy of a post. 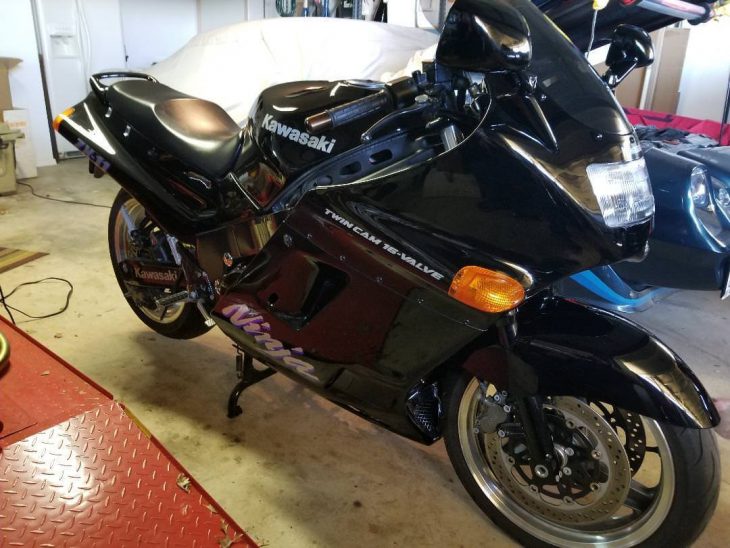 We have seen previous posts here on RSBFS regarding the ZX11 which is also known as the ZZR1100 outside of the USA.  An evolution of the ZX10 (which is currently shooting up the price chart in a big way for collectors) the ZX11/ZZR1100 took the preceding model and no pun intended, turned it up to 11.  Launched in 1992 the big Ninja introduced ram air systems to the big bike segment while also offering wind tunnel based bodywork that made it far too easy to just be cruising along in comfort and suddenly realize you are well over the speed limit.  The ZX11 held the crown of fastest production motorcycle until the introduction of the Honda Blackbird  in 1997 and is considered by many to be the progenitor of the hyperspeed-touring market segment.

Another plus for the ZX11/ZZR110 is that even though it is now over 25 years old it still looks great.  I still like the fairing “wing” integrated turn signals more than the current trend of back side of the mirror embedded units and there is no eye-watering 1990’s graphics package to overcome (cough-Vance-and-Hines-Yamaha-cough).  While the ZX11 was offered in several monochromatic schemes include my personal favorite of Candleberry wine red, the sales leader for the big Z was always “Ebony Pearl” or as the sales people often referred to it, Batman black. 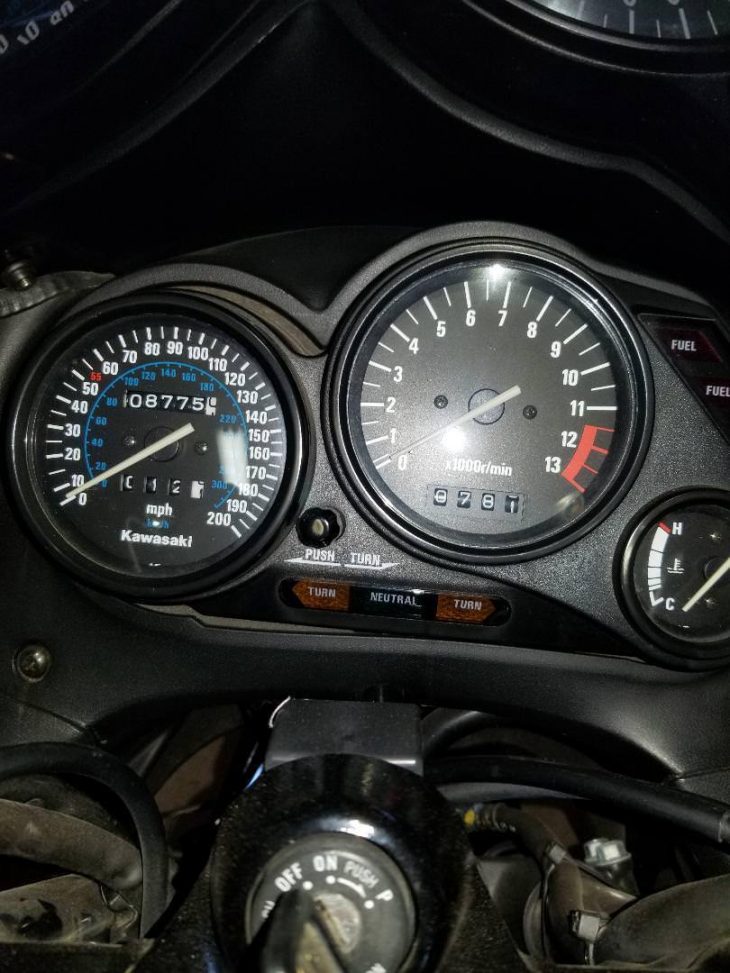 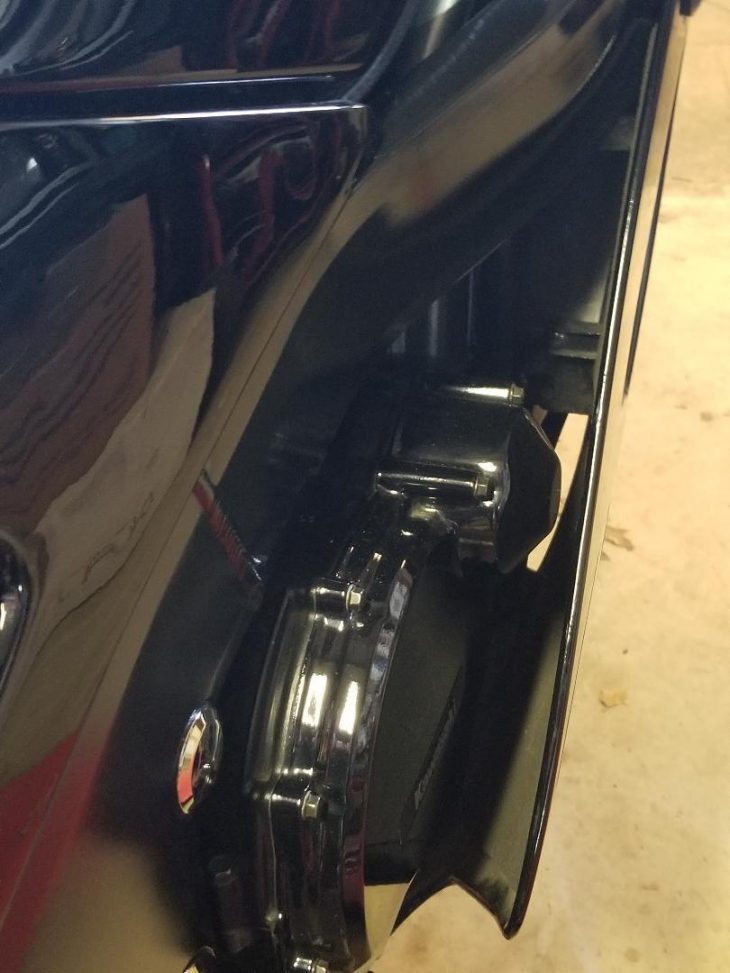 This particular ZX11 is in excellent condition having covered only 8,775 miles since new.  Even better is the fact that the current owner seems to have kept up the the bike, although no mention is made of tire age/rubber.

Here is a summary of the info the seller has provided

Note:  I did communicate the seller and he indicates the OEM windscreen and exhausts are not available. 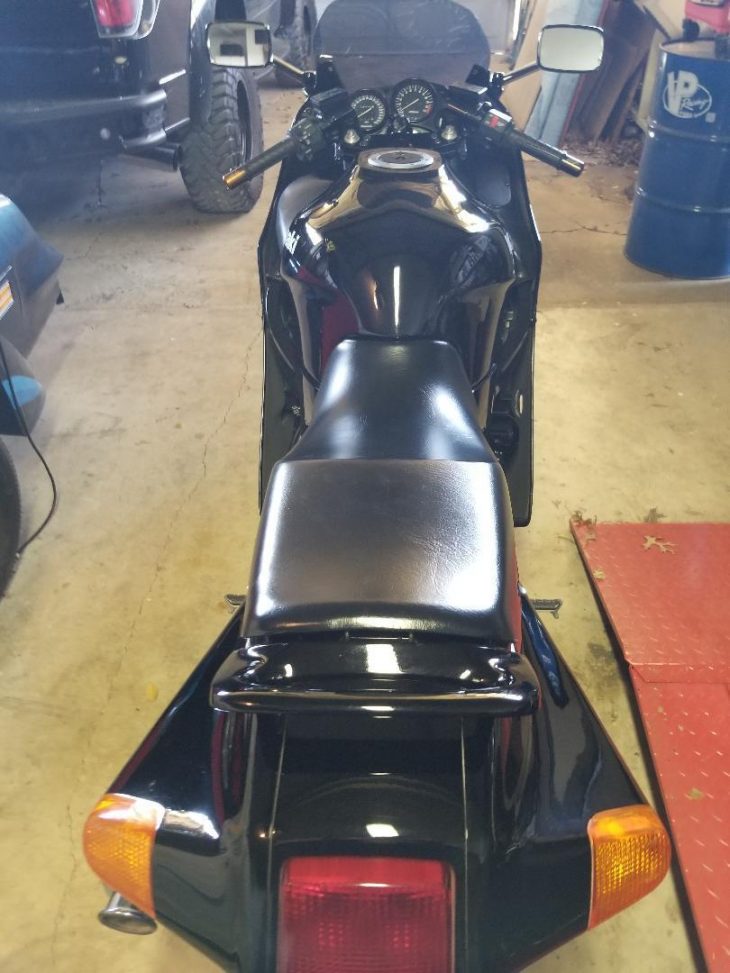 So is this big black beastie worth the Buy It Now price of $4,300 USD?   Well I have to admit I have a weakness for the big Z even though it is a BIG bike and a bit too tall for me. Also the pictures on this one are good but not great (there is no clear pic of the license plate area) and I would have much preferred to see it out in sunshine /daylight.  Lastly I am not sure what the holes are that appear in the frame under the gas tank on the riders right size, I think the cover shroud from the fairing might have been removed but this would need to be confirmed.

Overall I really think the question is what is your intent for acquiring this bike.  The listing seems targeted towards day-to-day riders rather than collectors or perhaps a nostalgia-rider who never got to experience the big Zed.  For any collector considering this particular ZX11 the main question would be whether the recent dramatic price jumps in the predecessor ZX10 model means they think the ZX11 will see similar appreciation in the near future.  All I can say is that if I bought this bike I would be putting in the earbuds and go for a late night or early morning blast listening to this.