Honda designers set their sights on a slighter, lighter superbike for the early 1990’s and based the new model on a 750cc in-house prototype. With a new 893cc engine installed, the resulting package was just a tad heavier than Honda’s own 600, and had a substantial weight advantage on other unlimiteds. 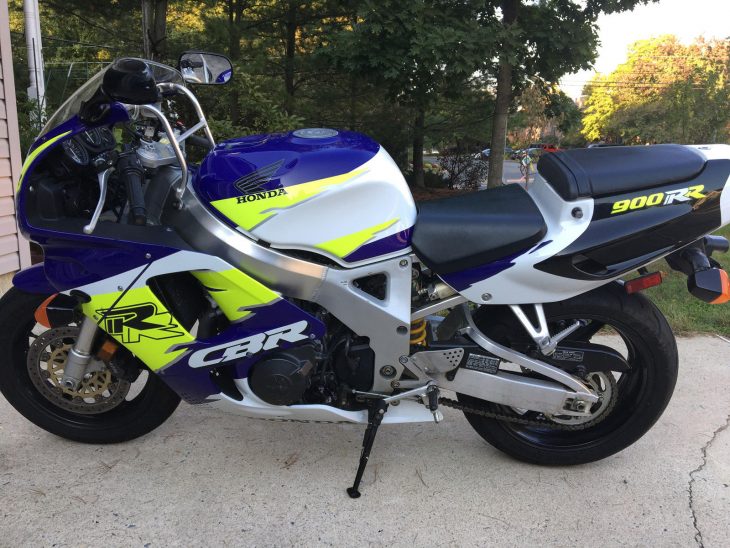 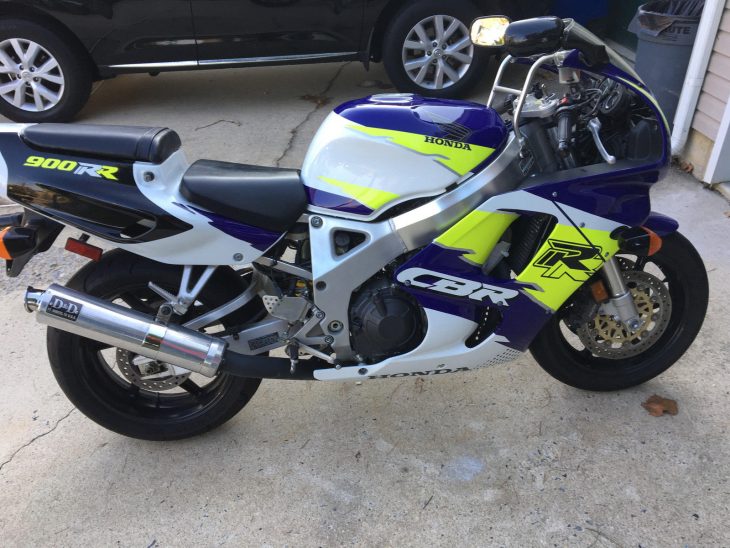 With Fred Merkel’s ’88-89 Superbike World Championships in the rearview view mirror, Honda executives wanted something new at the superbike end of the showroom.  New for 1992, the CBR900RR used the alloy twin-spar chassis, with aluminum swingarm.   For the 1994 update, Showa revised the spring rates for the cartridge forks and rear shock for the Pro-Link progressive rear.  The forks also had adjustable compression damping to help tame the quick front end with its 16-inch wheel.  A new nose for the fairing incorporated asymmetrical “fox-eye” headlights, another weight saver. 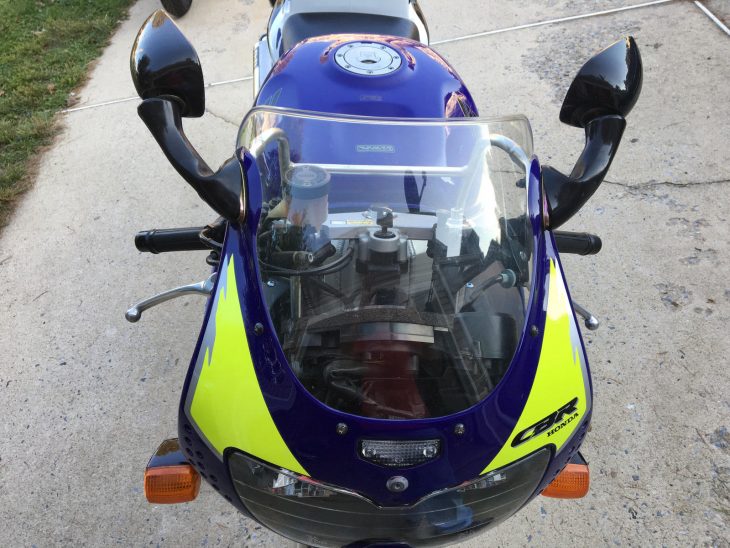 Under 10,000 miles and 20 years separate this CBR from the dealer’s floor, and though it’d be hard to call almost any Honda rare, how many double-R’s have been tucked away clean and stock ?  The Jersey-based owner keeps his comments spare in the eBay auction:

Everything is original except D&D Slip-on 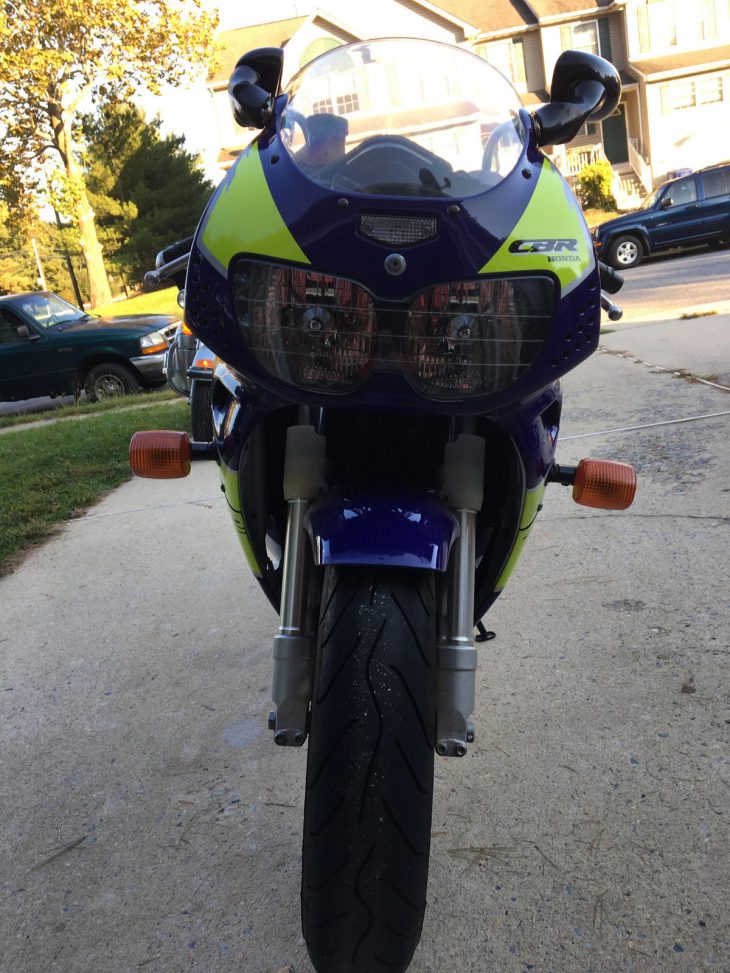 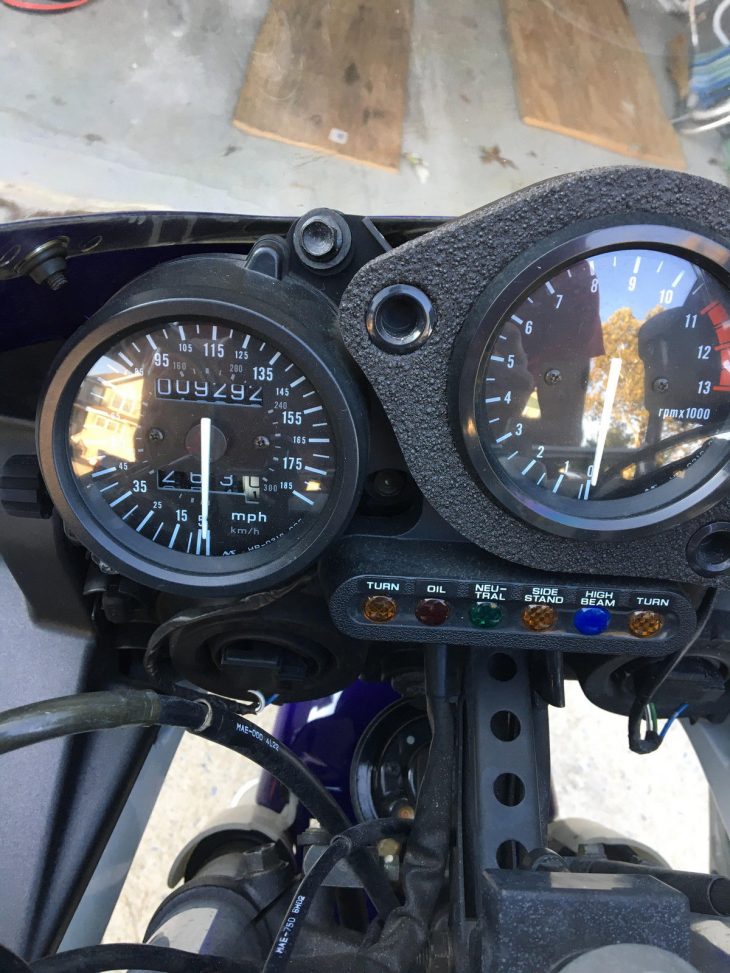 Peculiarly without a racing class since WSBK ruled a four-cylinder could displace only 750cc, the open-class CBR900RR set the world on its ear, with weight and handling from the class below, and power a match for any liter bike.  The angular and modern 1994 update remained true to the formula.  After that the inevitable weight gain and mission creep nudged the model toward daily driver or sport-touring realm.  For fans of the brand or the ‘Blade, the 1994-5 model year is a great choice, and this example is unfettered with low miles…