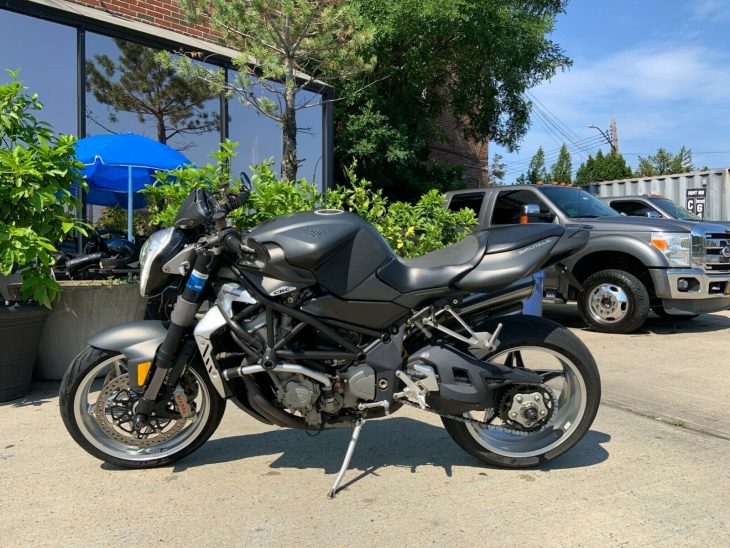 If you’re looking to sample MV’s four-cylinder wail but can’t contort yourself into the cramped riding position required of the utterly gorgeous F4, the Brutale 750S manages to pack most of that bike’s thrills into a much less painful package. Somehow, there are people out there who don’t like these, but I love the looks. It’s a testament to the design of the four-cylinder Brutale that it manages to look good in such bland colors. And stock exhausts generally look terrible, but aftermarket components have yet to better these elegant, slash-cut cans. MV’s 749cc radial-valved inline four motivates the 750S, detuned slightly to a claimed 127hp. The same steel trellis that frames the F4 is reused here, although suspension isn’t quite as plush, with a 49mm Showa fork that still looks impossibly beefy today, mated to a Sachs shock, and the entire package weighs in at just over 400lbs dry. Personally, the 750S is the Brutale I’d personally want to own: its 127 horses are plenty in such a nimble, unfaired motorcycle. This example isn’t in pristine condition: the Northeast weather has taken a bit of a toll on some of the surfaces, and it has its share of nicks and scratches. In the plus column, it comes with a veritable smorgasbord of upgrade parts and other bike-related stuff. It might almost be worth it to pick the whole lot up to use as spares for your own Brutale… For sale is a well ridden 2005 MV Agusta Brutale 750S with a clear NY State Title. I purchased the bike from its original owner in 2012 with just over 2000 miles on the clock and have lovingly cared for and ridden it since. There are currently just over 15k miles on the clock and several tasteful upgrades. Please note the dash was replaced a few years ago, so the new odometer does not reflect the original 5000 miles from the previous unit.

Rear Stand
2 Quarts Motul 10W60 Oil
New Tech Spec Tank Grips
Full Service Records and receipts for the last 8 years
Whatever extra parts I have laying around..
This Bike was my daily ride for several years, and reflects the bumps and bruises of owning and riding a bike in NYC (including being knocked over while parked..). This bike has been meticulously cared for and maintained by Tyler Lunceford (Moto Pistole/North Motorcycle), Kerry Sano (Moto Velocita), Rockwell Cycles and Fast By Ferracci prior to their closure. 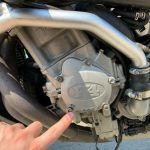 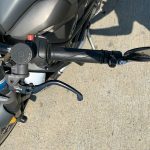 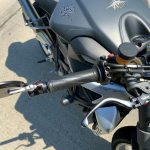 It’s nice that the seller includes the original front end and braking set up, but I’d be happy to keep the Marzocchis with those powerful Brembo calipers and matching radial master, thanks. Not that there’s anything wrong with the stock parts… Bidding is up just over $3,000 with about 24 hours left on the auction. I still think these are screaming deals, considering you get most of the looks and rarity of Tamburini’s F4 in a package that allows you to more fully use the available performance. Wind blast on the freeway sort of sucks, but these are a ton of fun everywhere else, and you won’t find a cooler bike for the money. 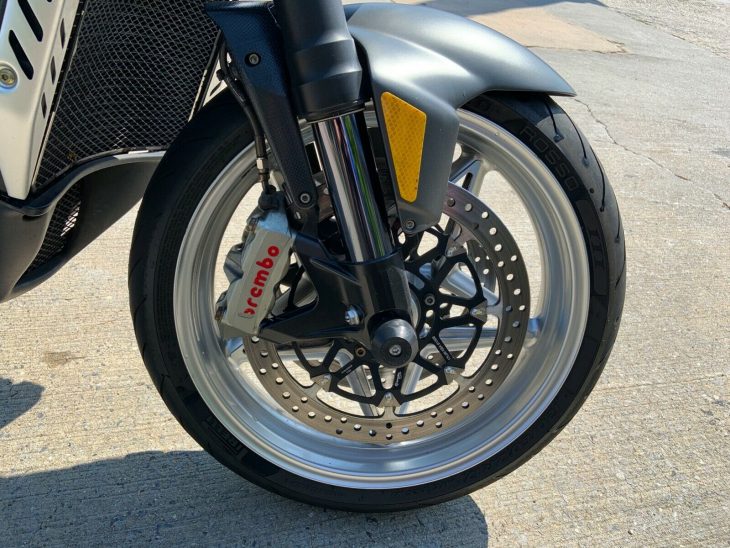