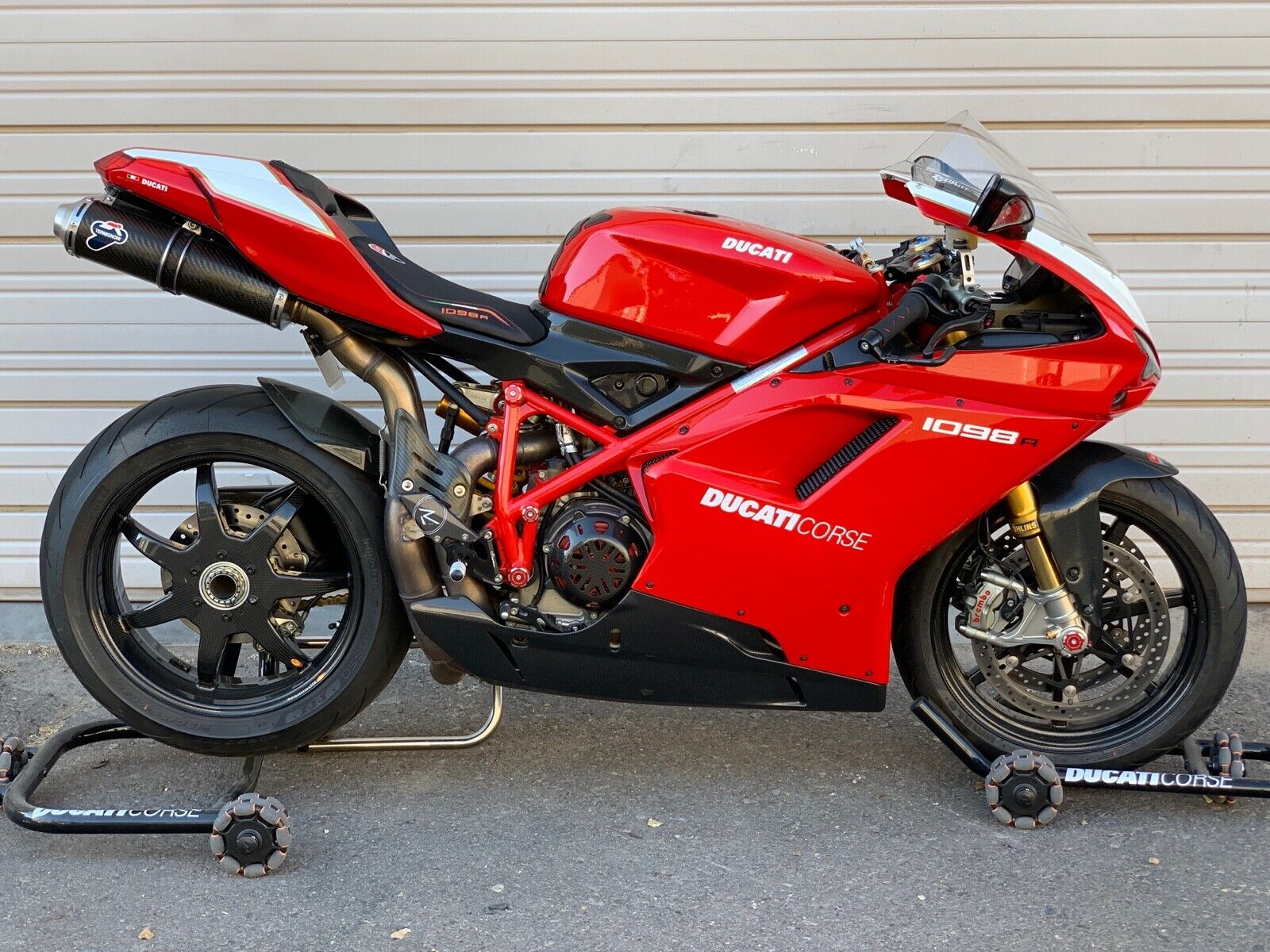 If there is one line of motorcycles that needs no introduction, it is the R models from Ducati.  All of our loyal RSBFS readers will know all about how there are the homologation versions of the era and represent the best that was available.  Their massive performance envelops also came with high prices and production numbers that often did not keep up with demand.  The 1098R is rather interesting because it uses an 1198cc engine and produces over 180 horsepower.  This was a massive jump over the 999R in terms of power.  The styling was also a return to form for Ducati and harked back to the beautiful 916. Collectable motorcycles often focus on the first or last of something.  In this case the 1098 was towards the end of the line for the steel trellis framed Ducatis.  There was a 1198R, but those are extremely rare in the US, and truth be told are not all that different in terms of engine spec to the 1098R. 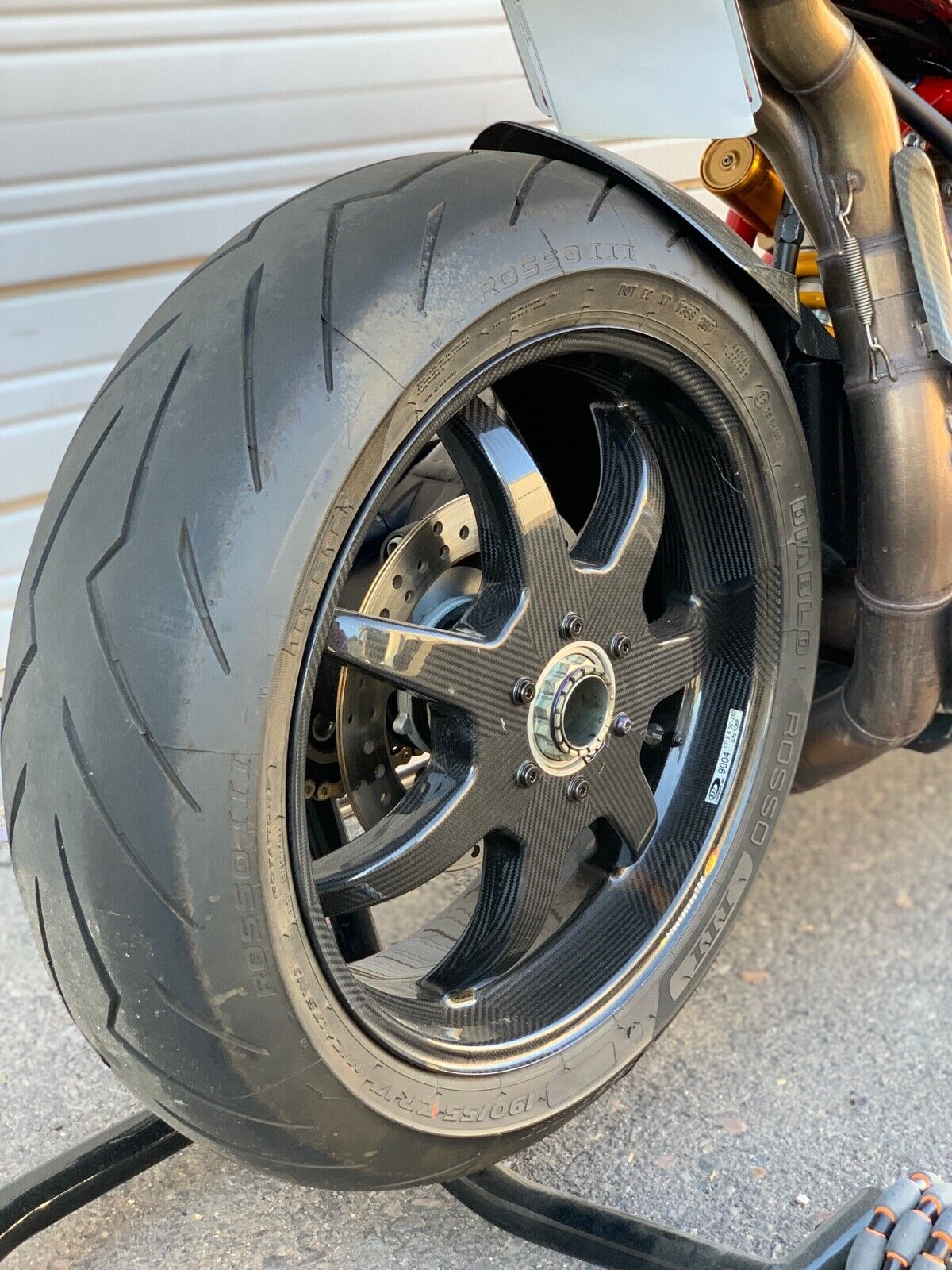 This is a pristine 1098R with 6000miles all serviced kept with all Carbon.

There is not a single scratch on the fairings. Clear bra installed from brand new.

It has all original parts also original indoor dust cover.

It has the BST Carbon wheels 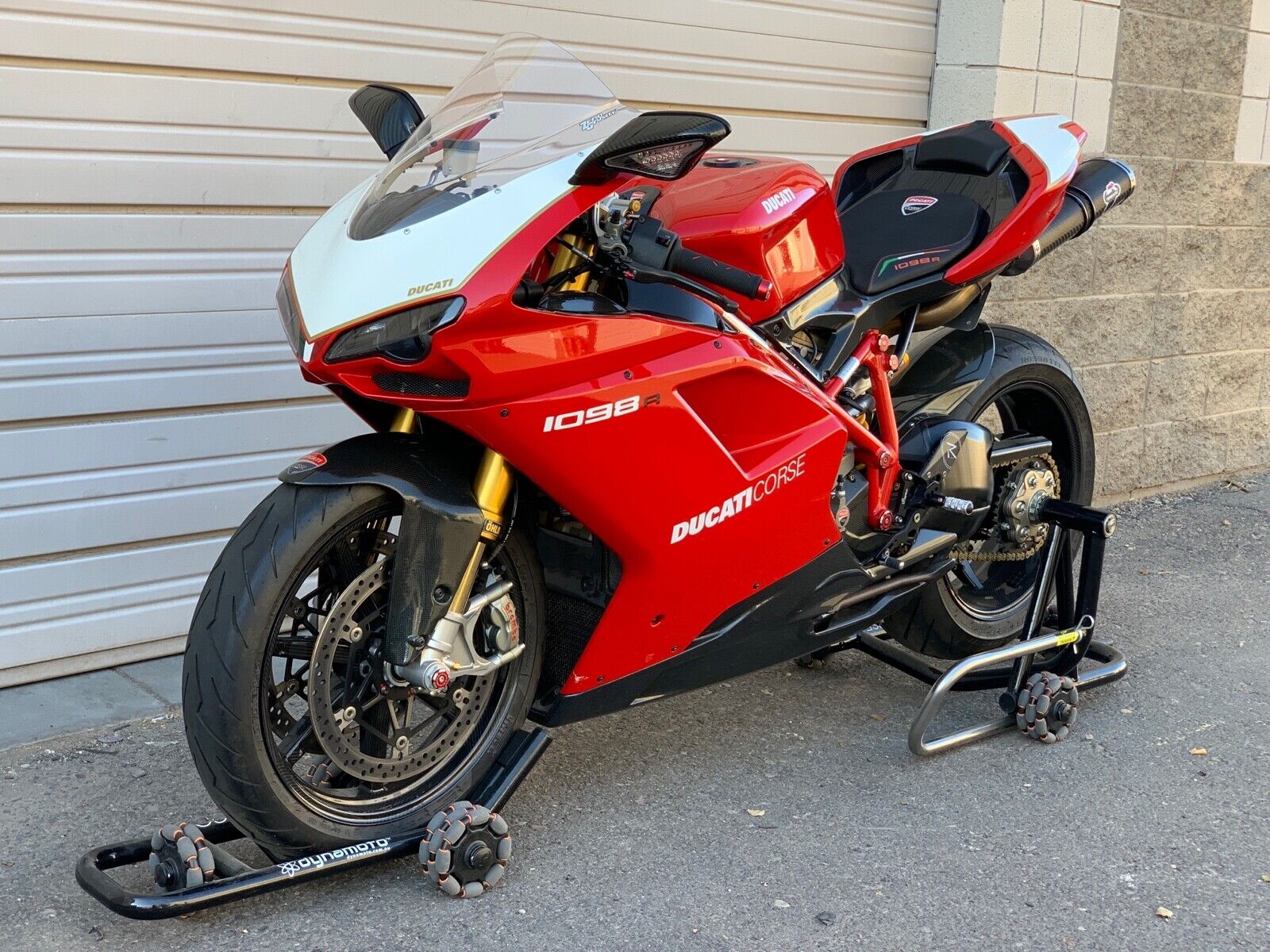 Listed with a Buy It Now price of just under $21,000 the bike should sell quickly.  Relatively low miles and some tasteful, and expensive upgrades makes for an attractive package.  Buying from the original owner is a amazing perk.  The listing claims to have all the service records and original parts.  Only thing to note on any 1098 is that these are from the era when Ducati had issues with the fuel tanks swelling.  Most have been resolved by the point, but it is worth noting and confirming the issue was addressed by the seller at some point. 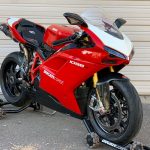 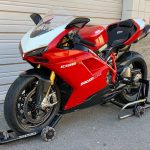 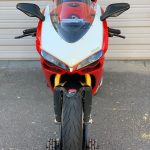 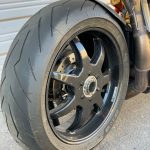 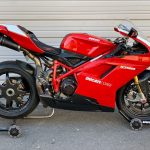