For quite some years I have been invisible to speed cameras in the country where I live. Unfortunately, a few months ago it seems I lost my magic powers. I now find myself without a driving license for a few months. The reason for that was speeding on my pristine 1993 Fireblade. In many countries this side of the ocean (Europe),  it is becoming more and more difficult to enjoy the traditional Sunday blast on your beloved “rare sportbike” without bumping into troubles with the authorities because of the more frequent controls and tighter speeding rules. I am waiting for rules that would differentiate speeding between cars and motorbikes. At the moment, I feel the only one thinking that while a motorbike accelerates much faster than a car it also decelerates just as quick (it weighs only a fraction of a car and it is usually fitted with powerful brakes). Therefore if you are driving at a given speed the danger you pose to yourself and others it is not the same as if you were in a car (consider also the reduced dimensions and greater agility of movement of a bike).

Anyway to make a long story short, one solution to this problem could be acquiring a bike that is as sexy as your big 750cc, sounds just as good but actually doesn’t ride as fast…Does anything like this exist ? Yes and that’s not a CBR 600RR, but it is instead for example an exotic and yet affordable Honda NC 30. In the picture below you can appreciate how a pristine one looks like (this is available at a local dealer near where I live www.motospaetig.ch): 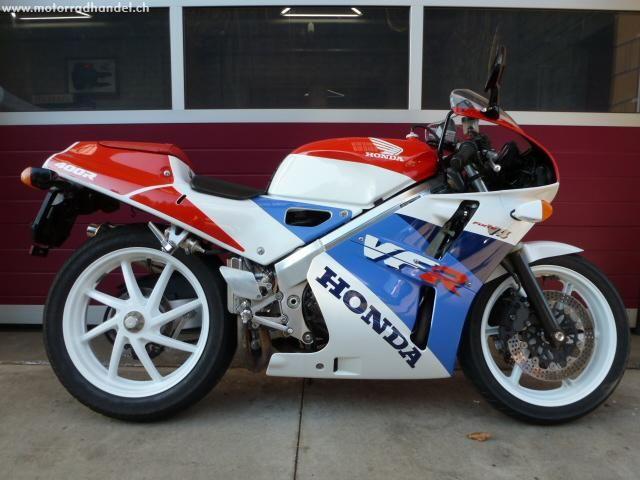 If you are not a collector but still would like to have such a rare bike for the above mentioned Sunday blast, you might then be interested in the auction below: 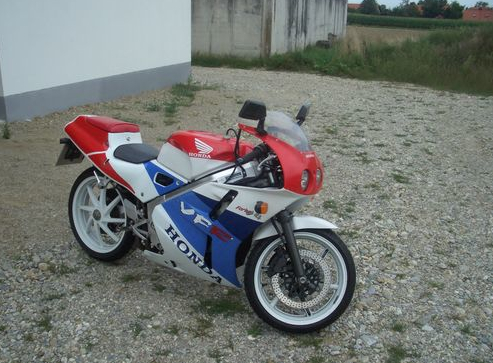 Now, if you closely and compare the pictures, you’ll  notice as the stickers on the bottom side fairing are not right, some are missing on the rear cowl and most scary the paint on the fuel tank doesn’t seem original either. The seller advises to see the bike before purchasing and rightly so.

Hello Auctioneer my Honda VFR 400RR NC 30 has a lot of fun that I always visit good technical and optical condition Please motorcycle before commanded duty, the item is being sold by private and there is no guarantee redemption 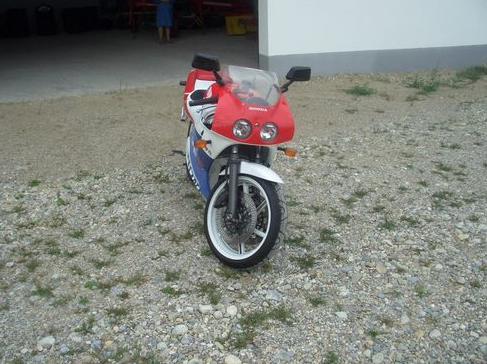 Nevertheless, if mechanically the bike would be in order, it is well worth the current bidding price below 2000 EUR even though the minimum price has not been reached yet with a few days remaining. I reckon that a reasonable value would be in the range between 3000-3500 EUR tops.