With a great portion of the country below freezing ( so cold here yesterday I couldn’t tell if my heated gear was even working ) the palm trees in this eBay offering got my attention – and the S4RS in the foreground isn’t too shabby either.  The 1098-based flagship is a bona fide naked superbike. 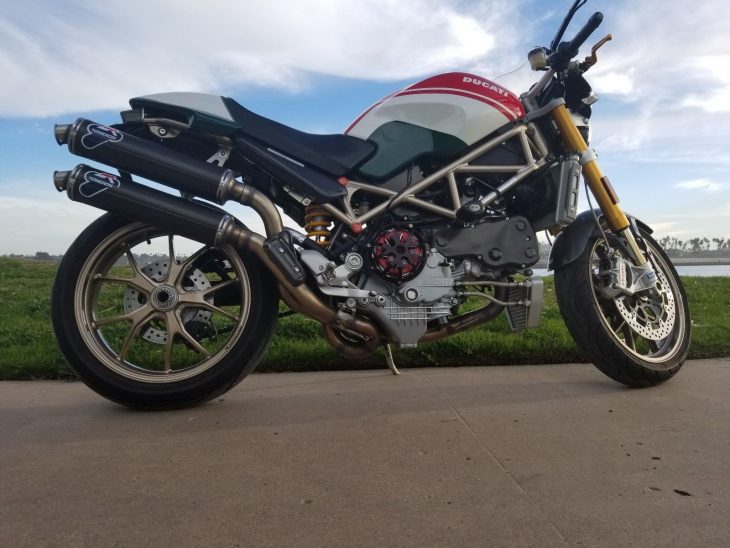 Ducati’s Monsters became the brand’s best-seller shortly after their 1993 introduction.  Most often seen with an air-cooled desmodue, the model was treated to a parade of water-cooled desmoquattros in the 2000’s.  The S4RS is the ultimate for testastretta fans, the 130hp L-twin completely visible.  In Tricolore trim, Öhlins are found at both ends, carrying gold-painted Marchesini Y-spoke alloys.  Carbon fiber is used for the cam belt covers and radiator guards, and in this case the Termignoni mufflers. 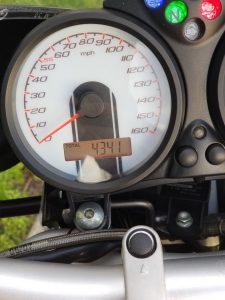 This San Diego owner has been sparing with the mods and the miles, beside the Termi’s, just LED blinkers, shorty levers and the way-too-angular Rizoma mirrors.  Not sure if the Speedymoto water pump housing implies a past failure, but though it’s a stressed part on the 1098, the Monsters had better cooling without the fairing.  From the eBay auction:

I’m the 2nd owner whom purchased from original owner. Bike has 4,350 original miles. All original paper work in hand. I wanted this bike for years and purchased as the last bike I’d ever own. This bike is immaculate with no issues. Minted #77/400 ever made with only 240 release into the US. 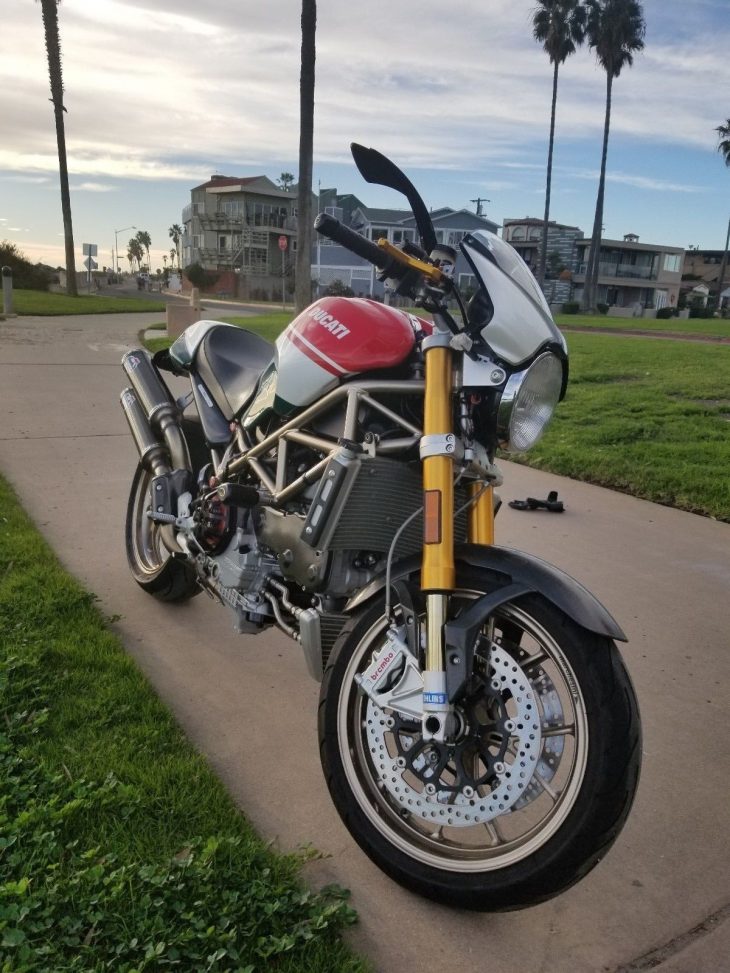 The S4RS was way over-equipped for it’s all-purpose mission, unless you consider its real role to generate showroom excitement.  The bikini fairing got good marks but not for a longer trip at speeds the bike found easy.  The last flagship before the 2010 re-styling, the S4RS looks almost quaint today, voluptuous and rounded, understandable with everything out in the warm breeze. 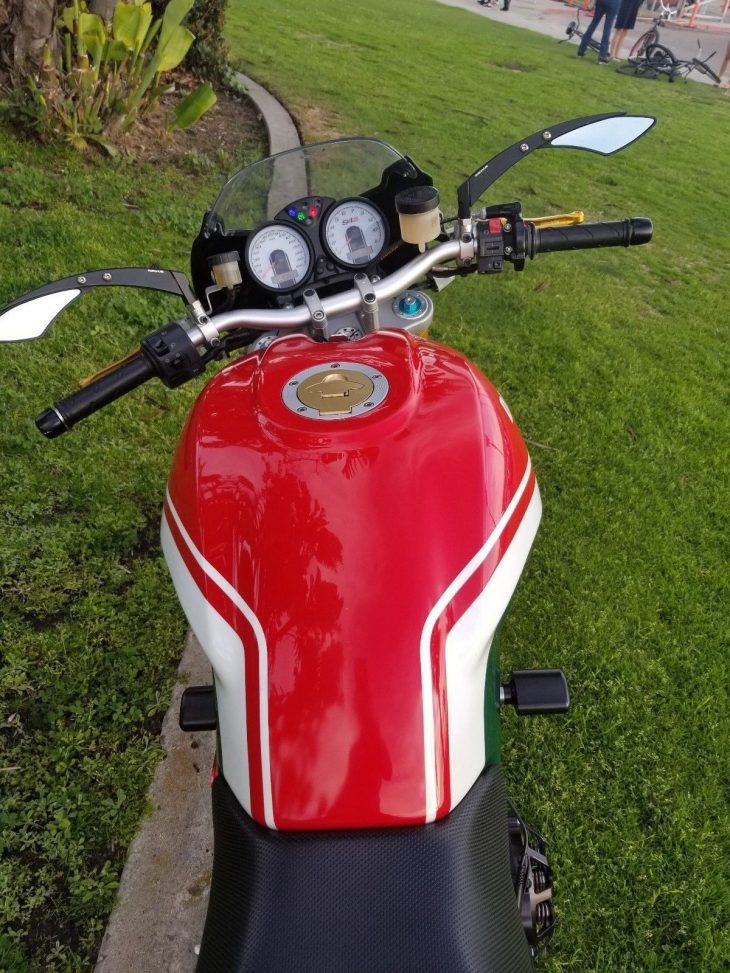