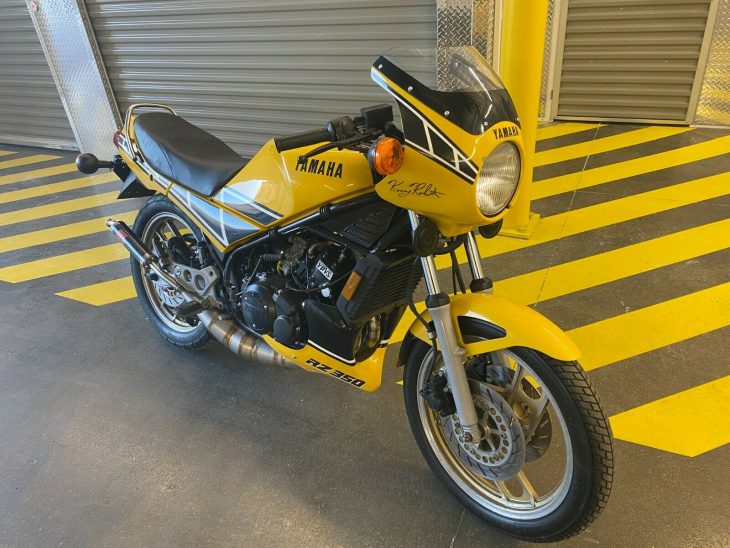 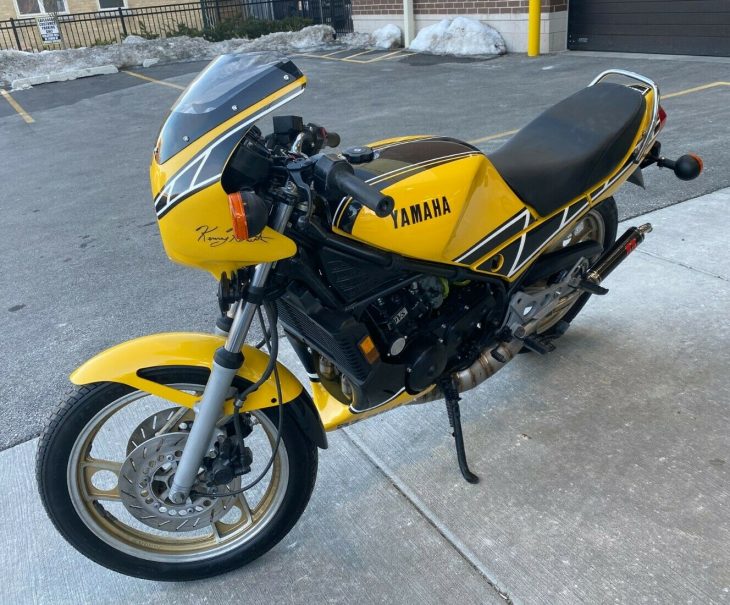 Yamaha had their air-cooled 350 in the house since 1973, but liquid cooling brought more stable cylinder head temperatures and better all-round running to the RZ.  YPVS electrically tuned exhaust ports made for a wider torque band and 59 hp.  The RZ had Yamaha’s first perimeter frame on a road machine, in steel tubing with a racer’s drop-in fuel tank.  Other race-bred improvements like triple disk brakes and monoshock rear were making their way on to more popularly-priced bikes.  Yamaha’s day-glow GP race livery reflected their Marlboro sponsorship, but the AMA series speed block livery is adorned with Roberts’ autograph. 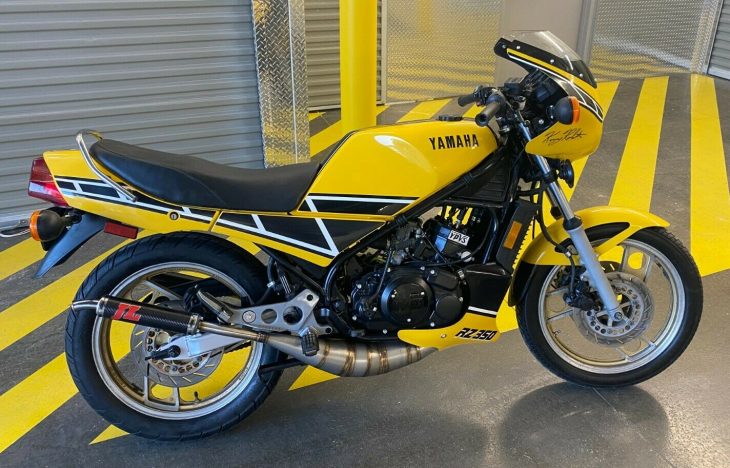 Apparently for sale by owner, this beauty shows just half of the 25K miles a lot of RZ’s have, with just a couple of paint chips to show for 36 years.  Throaty exhaust notes in the too short video posted – here –, and just a couple of comments from the eBay auction-

Kenny Robert’s edition, the most desirable year of the most desirable color combination Yamaha RZ 350. Very low original miles (12,647), clean title with owner of record since 1991 and matching VINs. Runs well, idles perfectly, fires up first kick and it was jetted for JL pipes.The bike is in overall in great rider quality condition, it has some very minor imperfections shown in the pictures below. The bike sits in my climate-controlled building and is available to view anytime. 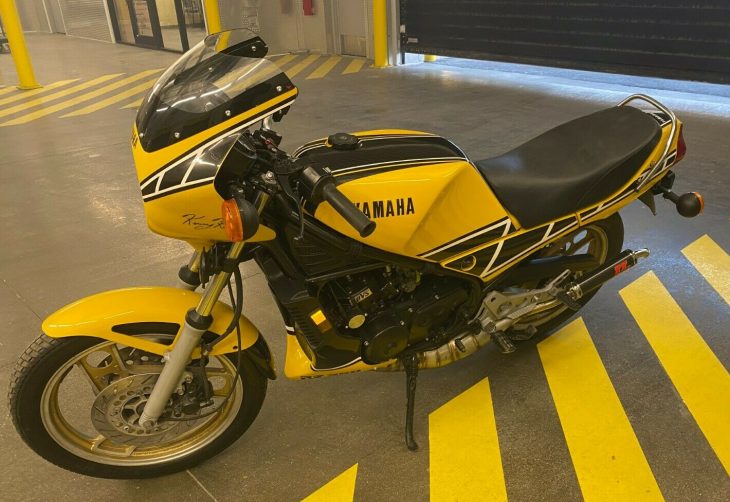 Winning two Grand National Championships, and three World Championships ( and being runner-up in each once ), Roberts is a champions champion.  There have been other yellow and black comemmoratives since the RZ350 was legislated out of existence, but this is still number one.  For a fan of the man, the brand or the sport, a fresh-looking two stroke sportbike would be a great tribute to have in the garage.