Acknowledging the short Canadian riding season, this pretty 750 Sport was photographed some fine un-wintry day.  But if a classic carburetted desmodue is up your alley, plan for spring’s eventual arrival and check this auction for a low-mile Ducati which has only been ridden by its first owner. 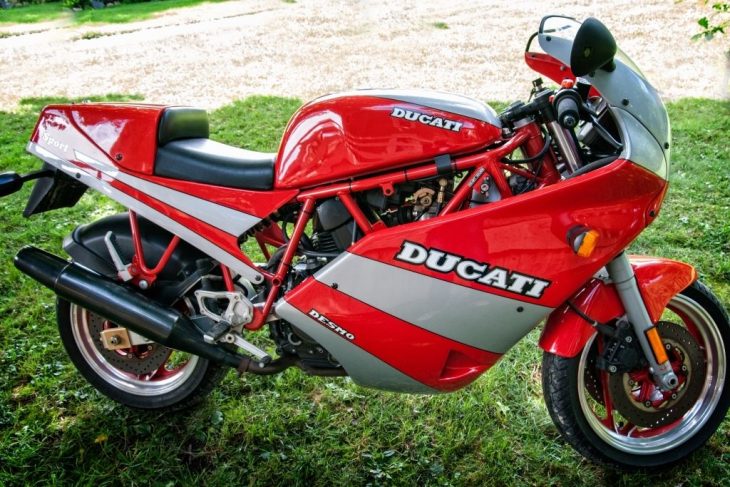 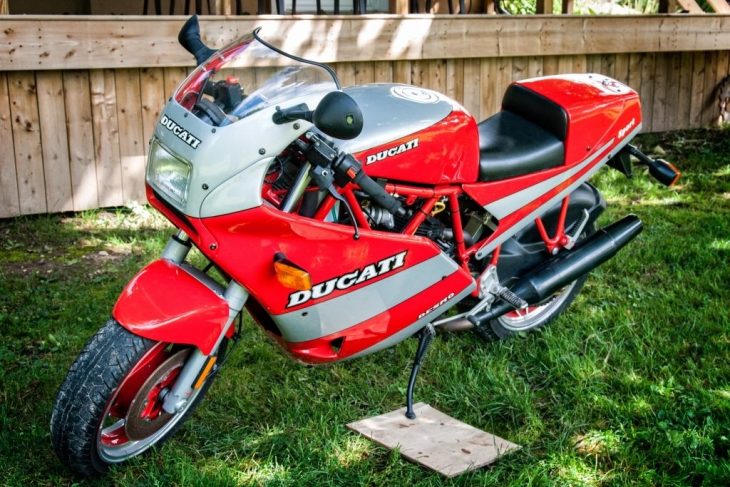 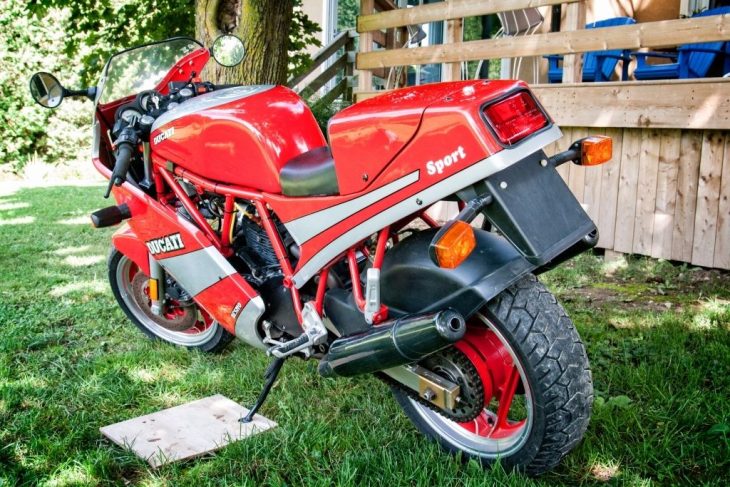 Ducati was in the swim if not cresting a wave in the late 1980’s, and their product managers knew how to shave development costs.  The frame for the 750 Sport was a lightly modified F1 chassis, and the drivetrain came from the controversial Paso.  But the lightweight fairing showed off the trellis frame nicely and had eye-catching sunburst livery.  Power nudged the magical 100 hp / liter mark, and the sound was pure desmodue.  With weight under control, the 750 Sport reviewed as a competent handler, with an un-cramped riding position. 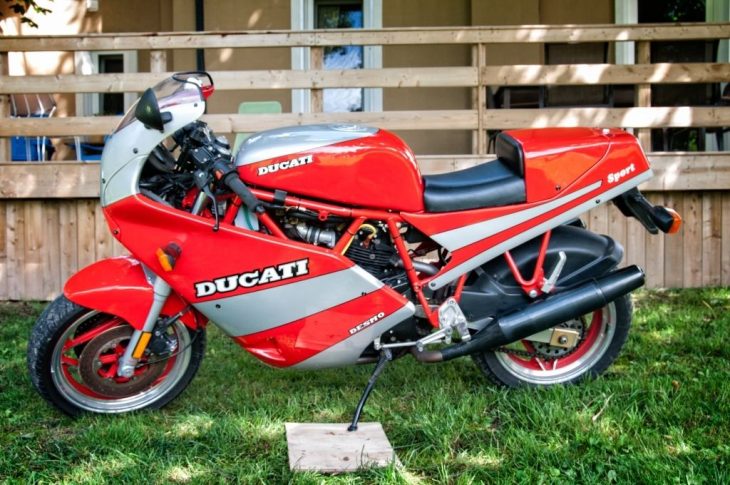 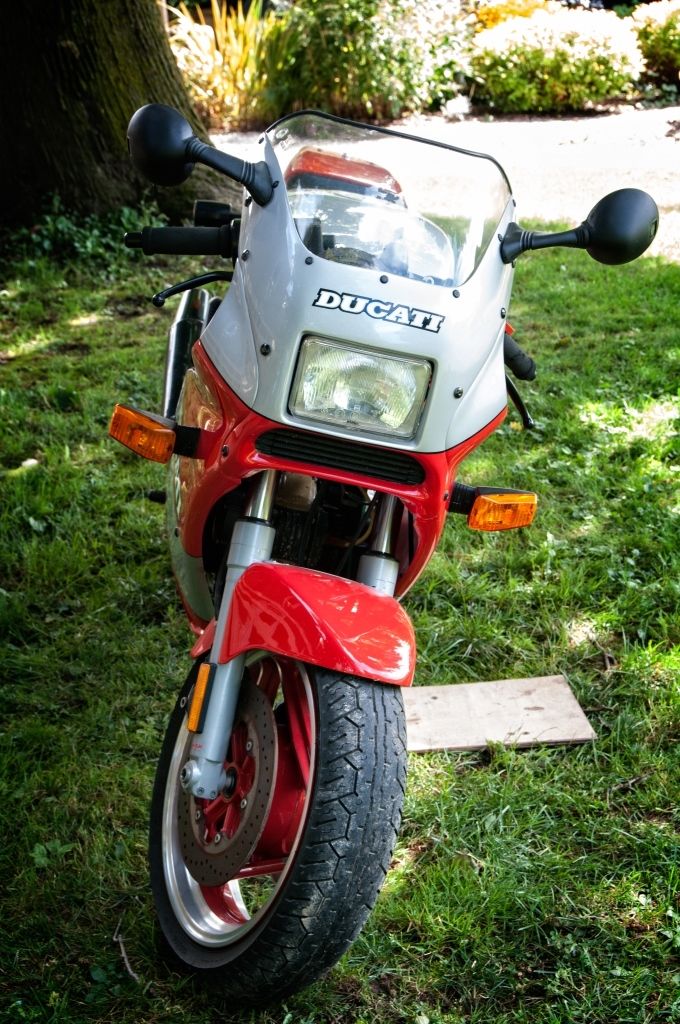 An Ontario native, this Sport was only ridden 6,000 or so miles by the original owner, has changed hands and the new owner hasn’t returned it to riding status.  Save a tired turn signal, it appears excellent and original.  So the auction winner will been looking at new belts, rubber, fluids, and possible a seal or two.  From the eBay auction:

The bike is extremely original, meaning, original paint, no modifications, original muffler,  and was only driven by 1st owner.  The first owner ordered the bike from the only Ducati dealership in Toronto, Continental Motorcycles Inc and took delivery of bike in May of 1991.  I have the original bill of sale and the ownership is still in the original owner’s name.  The bike runs and shifts nicely, but hasn’t been started in a while.  With the sale comes the original bill of sale, the owner’s Manual, workshop manual and four magazines featuring the bike (Cycle World, Cycle Canada, Cycle).  This is a rare bike in very nice condition. 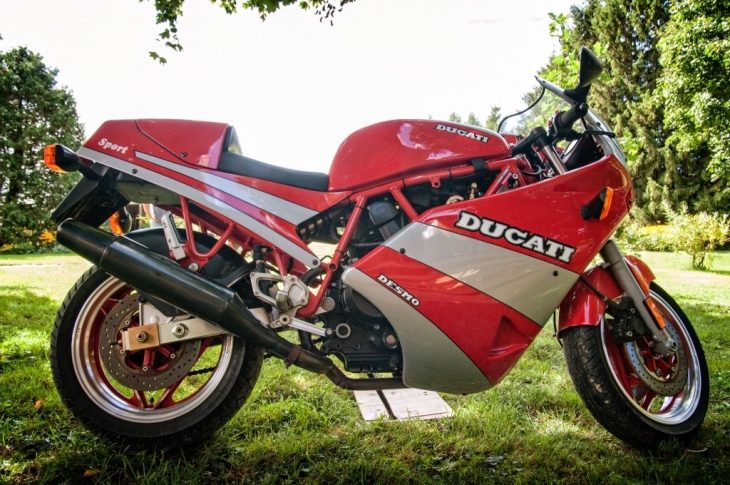 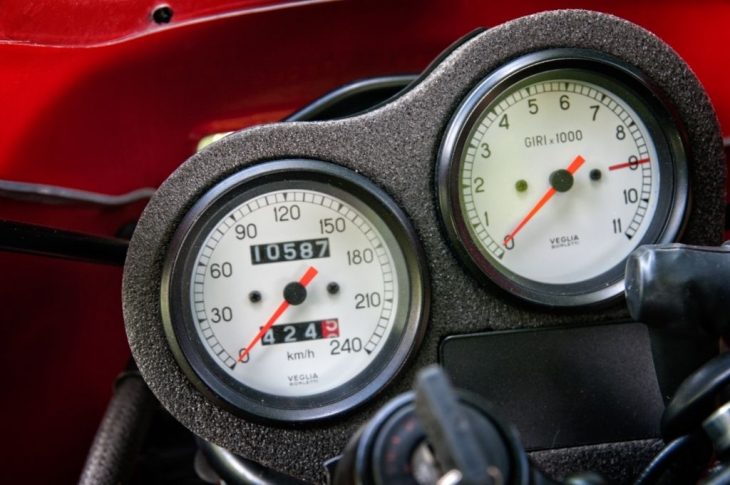 Rideability issues with the original two-barrel Weber carburetor are well documented and many owners have tuned them out or changed to Mikunis or Dell’Orto carbs.  16″ wheels are a bit of a period item, but tire options are actually better now than they were in the 1990’s.  The factory black exhaust are rarely seen on a running 750 Sport, and speak to the bike’s originality.  So long as the reserve is sensible, this desmodue should have a much longer happy life…