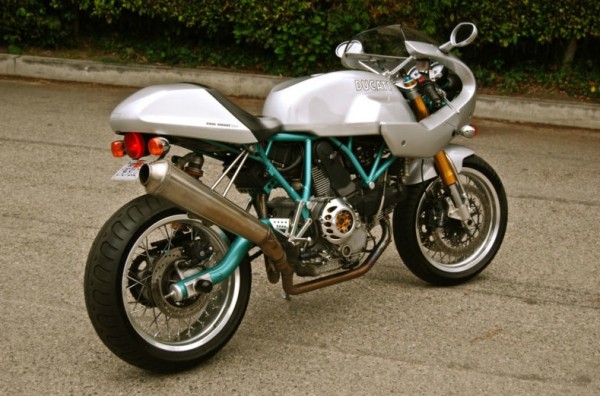 This may be one of the best looking motorcycles ever. Sure, it has a rich heritage that most motorcycle racing fans can appreciate. And it’s gonna be big with pretty much any Ducati freak. All that  aside, this is just a beautiful bike. And it’s also not all that common, with 2000 made. The other sport classic bikes in the Duc line have started to heat up, and this has got to be one of the most desirable.

Paul Smart’s famous victory in the 1972 Imola 200 riding what would become the 750SS was instrumental in establishing Ducati as a high-performance brand for the modern era. So what better way to celebrate the Bologna marque’s heritage than a limited edition model in the spirit of the iconic 750SS? The Paul Smart 1000 LE uses the air-cooled 1000DS v-twin engine, which is housed in the Italian firm’s trademark trellis frame, the latter complemented by some top-quality Öhlins suspension and Brembo brakes. In no way a ‘replica’; this is a thoroughly modern motorcycles with only the styling and colour scheme acknowledging the past.

‘After 20 miles I was totally sold on the bike, as I had been after five minutes of looking at it. Exclusivity, style, power, handling… what else could I want?’ queried Bike magazine’s tester at the 1000 LE’s launch. A production run of only 2,000 units with only half that coming to the U.S. and few motorcycles of modern times have become as instantly collectible.

The bike offered here is in exquisite condition throughout. The bodywork is practically without blemish, with only the tiniest scratches visible under close scrutiny. The frame and all mechanical parts are in near perfect condition, also. There is no evidence of any accidents.

Having covered only 12,000 miles from new, this 2-California owner bike, runs perfectly, with strong and responsive power, a perfect shifting transmission through a good clutch. Brakes, suspension and all electrical systems work perfectly. The Termignoni exhaust sounds intoxicating, and the bike comes with the original system.

Apart from the tail-tidy, this unmolested and original example is accompanied by a file of documentation, all 3 keys (2 black and one red), and a clean, clear California title. Fresh from a 12,000 mile service, the bike needs nothing at all. 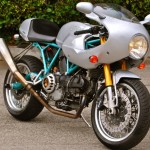 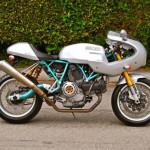 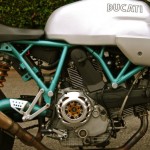 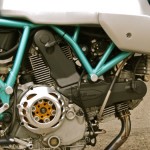 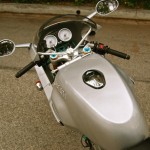 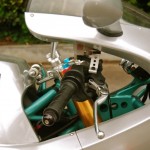 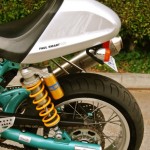 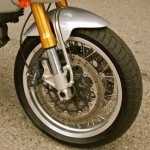 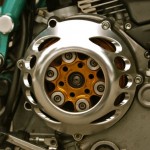 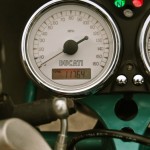 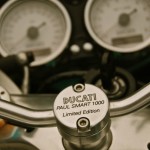 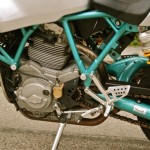 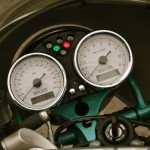 This looks like a clean, stock example that should appeal to any Ducati collector or anyone who just wants a clean, killer, rare Ducati. Mileage is good and is described as running perfectly. Not much else to say.

So if a Paul Smart LE has been on your dream list, then you may want to get in on the auction!