Strangely for a higher-end machine, this nice 999R is presented without reserve and will have a new owner next week.  Some substantive updates to the earlier 999R make the 2005 edition worth asking for.  With only two owners and 13,623 miles, this 999R appears to justify stretching the budget. 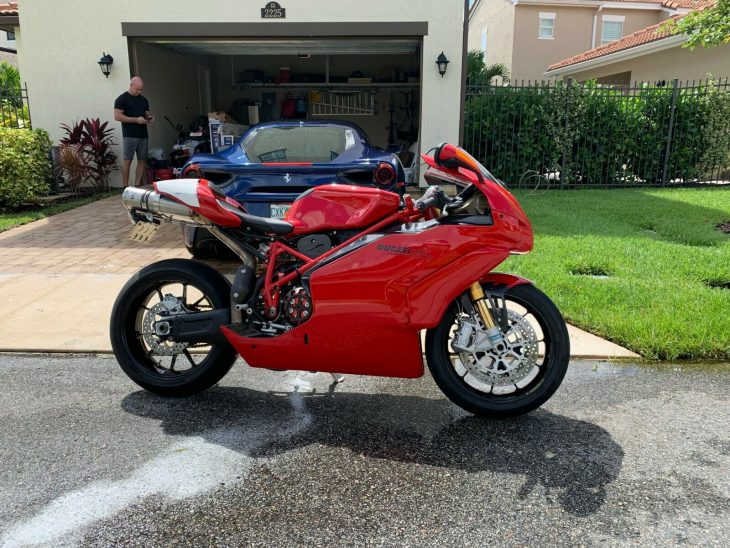 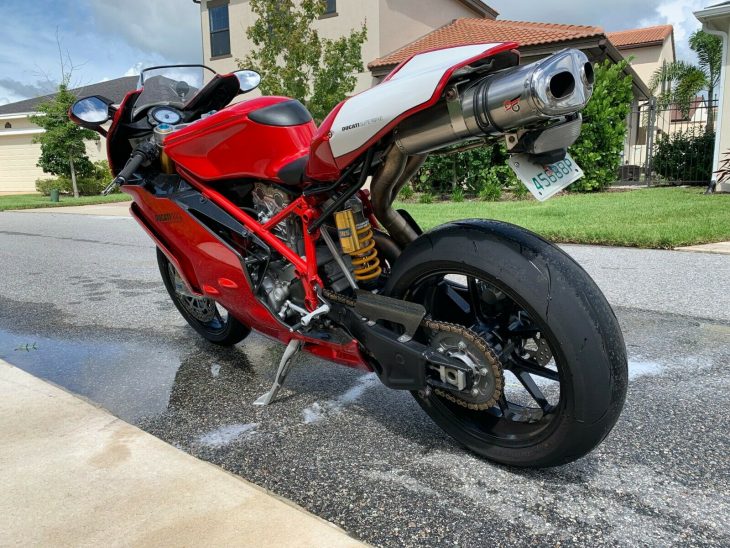 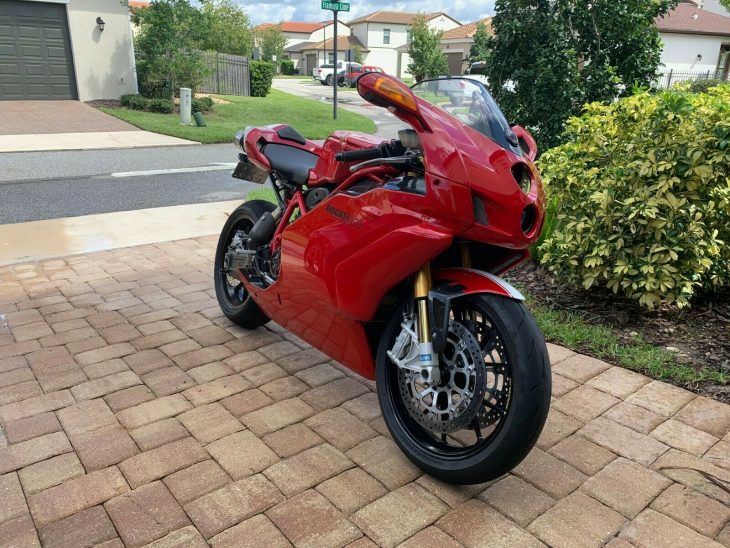 Ducati took their lumps over the Pierre Terblanche design, but were acquitted with three Superbike World Championships.  The more upright fairing is an aerodynamic marvel, helping the 150 ponies from the revised testastretta push the 999R to 174 mph.  The -R sports a rather different engine than the standard 999, even more oversquare with titanium valves and 12.5:1 compression.  Öhlins dampers are found all around, suspending forged alloys from Marchesini.  An expected slipper clutch is missing from the spec – since it was not required to be homologated and would be immediately replaced by a race preparer. 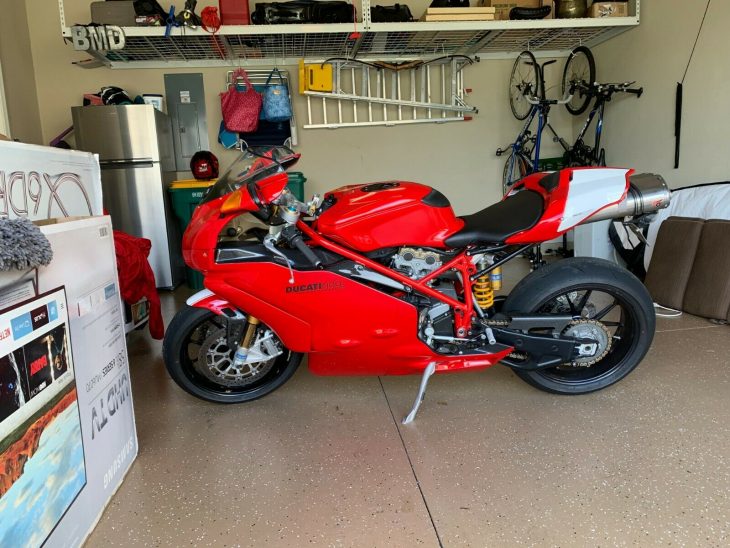 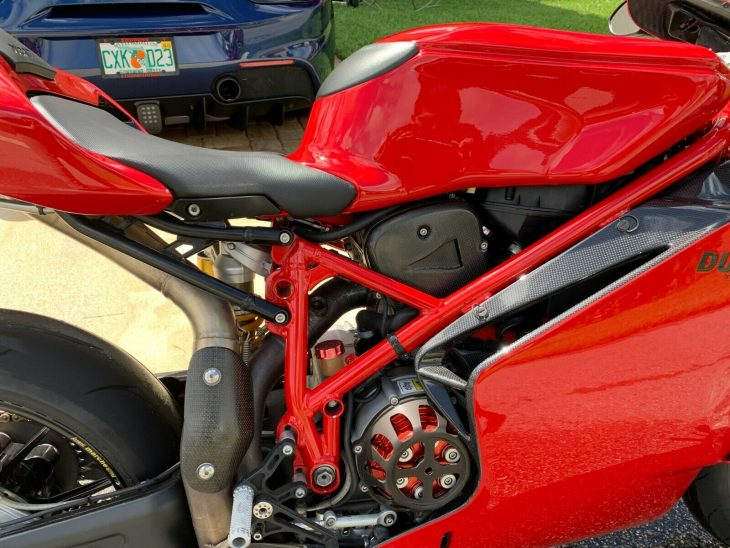 This Florida machine has been ridden some, but looks excellent and mostly original,with aftermarket exhaust and footpegs evident.  From the eBay auction:

I have owned it for nearly 10 years as the second owner.  This very rare 999R has always been garage kept and well maintained with just over 13k miles, its never been down, she has nearly new tires, full titanium exhaust, power commander and few other small mods visible in the pictures.  This 999R is mechanically perfect and otherwise not far from showroom condition. 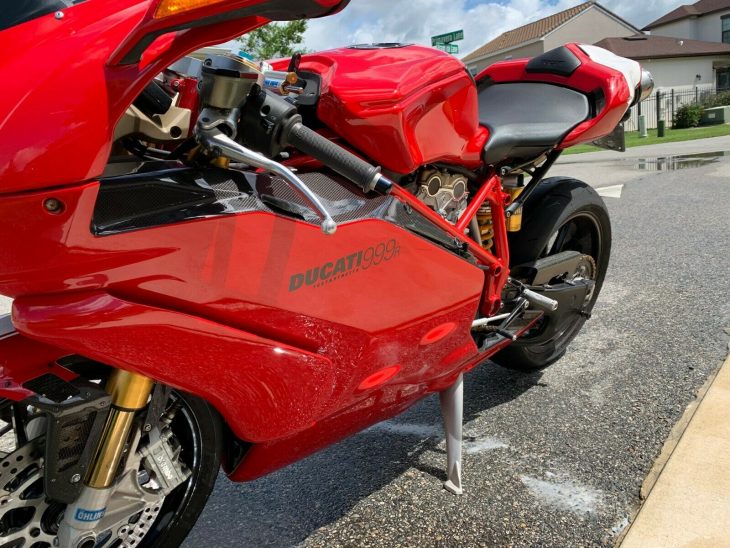 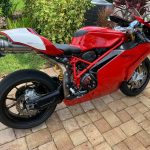 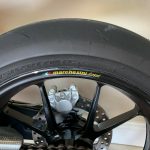 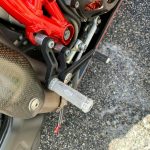 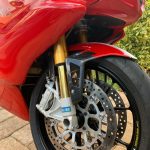 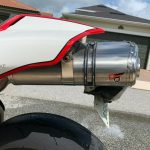 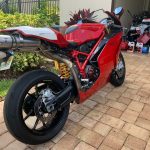 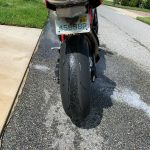 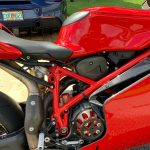 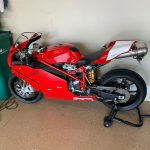 Though streetable and appealing to the most elite riders, the 999 design couldn’t overcome the market’s preference for the 916-series “folded” nose, and returned to side-by-side headlights for 2007 with the 1098.  The 2005 -R received quite a few updates from the ’04 and reviewed as one of the best motorcycles ever produced.  Just one day in, bidding is active and it will be interesting to see what it takes to move this 999R out from behind the Ferrari. 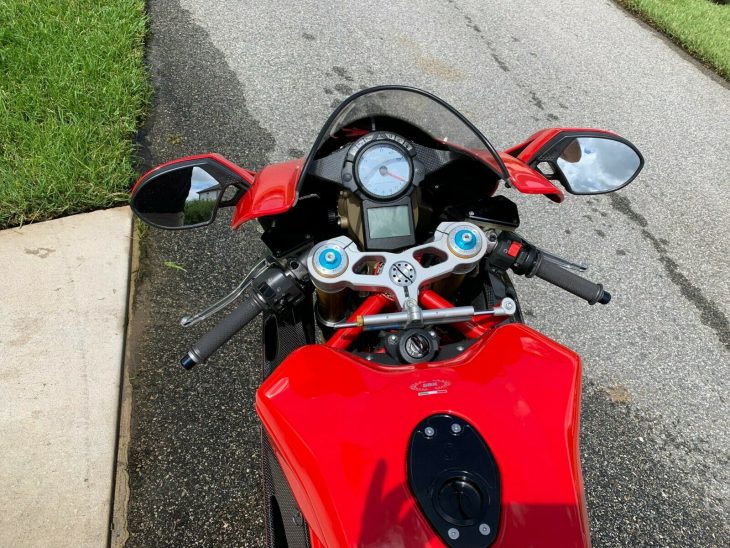