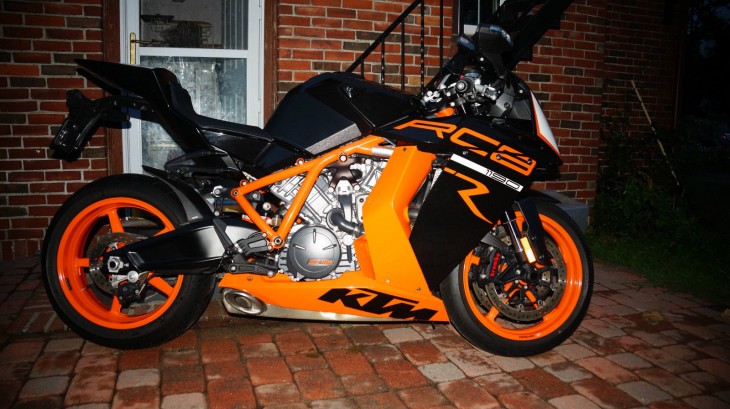 You really have to hand it to KTM… it takes a lot of guts for a relatively small manufacturer to try to jump in and compete with the big Japanese manufacturers in the sportbike world.  KTM held nothing back with the release of their ferocious RC8 and eventually the RC8R.  While the first RC8 was powered by an 1148cc version of the Duke’s 999cc v-twin engine, the RC8R was bumped up to 1195cc.  It was also decked out in top of the line components including fully adjustable WP suspension, Marchesini wheels and Brembo brakes.  Additionally, the RC8-R allowed the rider to adjust almost everything including the seat and subframe, the clip-on angle, the rearsets and all of the levers.  No other bike came from the factory with this much built in flexibility.  The styling is subjective, but it certainly won’t be mistaken for anything else on the road.  If the hard edges and maybe the smallest subframe/seat ever put on streetbike weren’t enough the RC8R was also painted with KTM’s signature bright orange.  The seller waited until the sun had set to take his pictures, which normally isn’t a good idea, but it still works here, mostly because that orange is SO bright.  With the limited production, impressive performance and low mileage, the big KTM is certainly worth a look. 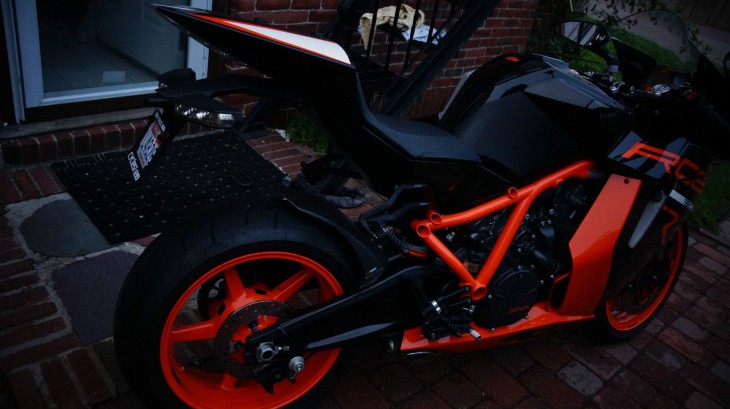 The seller has a pretty good description of the bike and a few aftermarket bits that he has added.  You can read more or check it out here: 2011 KTM RC8-R on eBay

you are looking at a rare KTM RC8R in the most sought after rare blk/org color. Only 200 hundred produced a year and no longer in production soon to be collector bike in exceptional condition, well maintained, fluids changed regularly, never dropped, adult driven garaged and covered runs like new, very fast, big plus v2 sound, this bike sports Akrapovic carbon fiber fenders and trim aside of being very light pieces they have a very beautiful satin weave that cannot be picked up by the camera truly a must see very expensive original pieces not knock off ones that are being sold. Also has original hard to find designed for RC 8 gas tank protector has a beautiful clean unique ,also features removable tank grip ,factory Brembo brakes, marchesini wheels, WP suspension, really nice LED lights 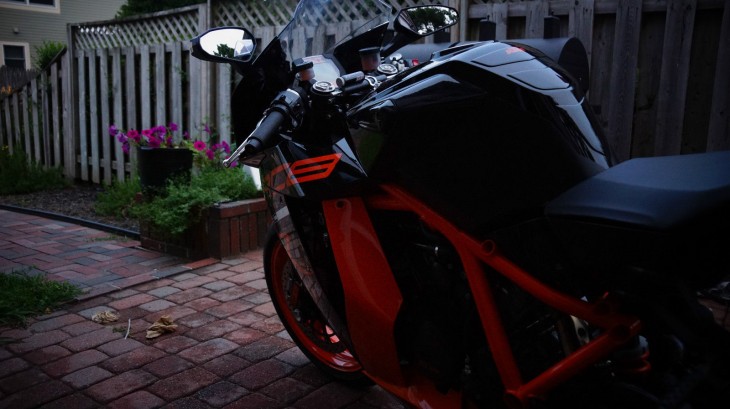 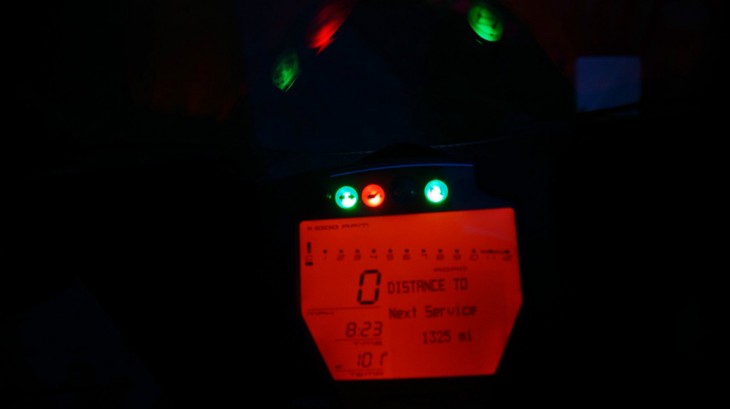