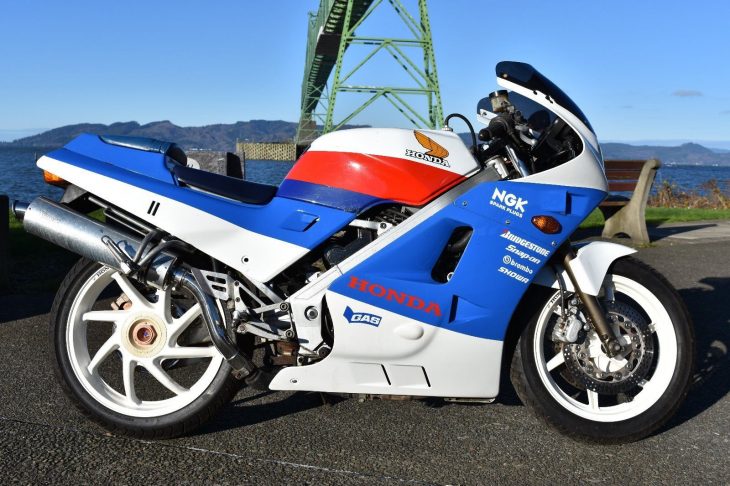 Built for 1987 and 1988, the NC24 version of Honda’s VFR400 was powered by a 399cc V4 with a lofty 14k redline, although it used a more conventional 180° crank instead of the later bike’s 360° “big bang” unit, which should give the bike more of an inline-four sound but with the added bonus of a distinctive whine from the gear-driven cams. The engine was surprisingly flexible, and handling was considered excellent. It was the very first VFR400 to use Honda’s Pro-Arm single-sided swingarm, although the rear wheel on the NC24 was secured by four bolts, instead of the later bike’s single large nut: the part you see in the photos is actually a plastic cover designed to mimic a trick racing part. 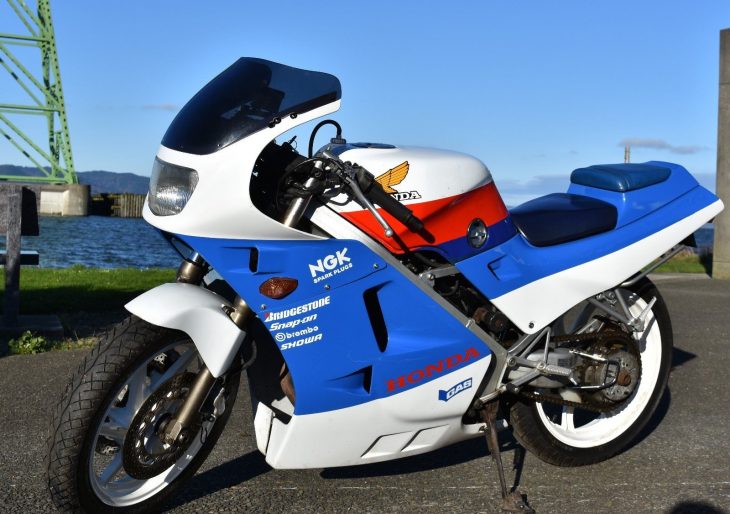 The VFR400 was originally intended for the Japanese market, although the later NC30 was officially imported to the UK and others found their way abroad through various grey market and “parallel import” channels so they do show up for sale pretty regularly, even here in the USA. This is actually the first NC24 I can remember seeing for sale. Most of the attention goes to the NC30, with its “baby RC30” looks. But this is still a very cool and unusual motorcycle, and perhaps the dowdy looks will keep costs down for folks more interested in performance and heritage than sexy style. With somewhere in the neighborhood of 60 hp and around 350 lbs dry to push around, performance is respectable and these have always been popular bikes among 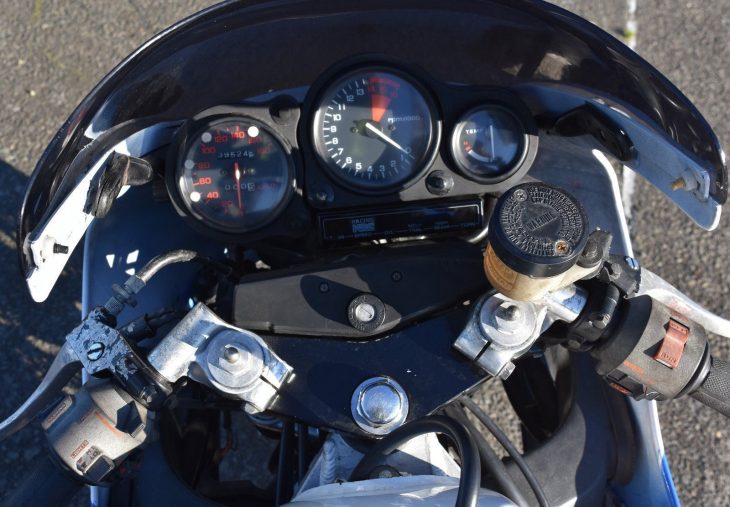 From the original eBay listing: 1988 Honda VFR400 for Sale

Here we have a Honda NC24 VFR400. It has just been imported into the States from the UK. I test rode this bike when I collected it in Lancaster, England. It started with some difficulty but after warming up it idled well. I suspect that the carbs are restricted by washers. This is a common practice in the UK to satisfy licensing requirements for novice riders. If I were going to ride it regularly, I’d have the carbs cleaned and the washers removed. The bike comes with the V5 document (English equivalent of a title) , copies of import papers, and a bill of sale. I offer competitively priced delivery in the lower 48 States with a right of refusal guarantee. Upon delivery if you are unsatisfied with the motorcycle you will only be responsible for the delivery fee. 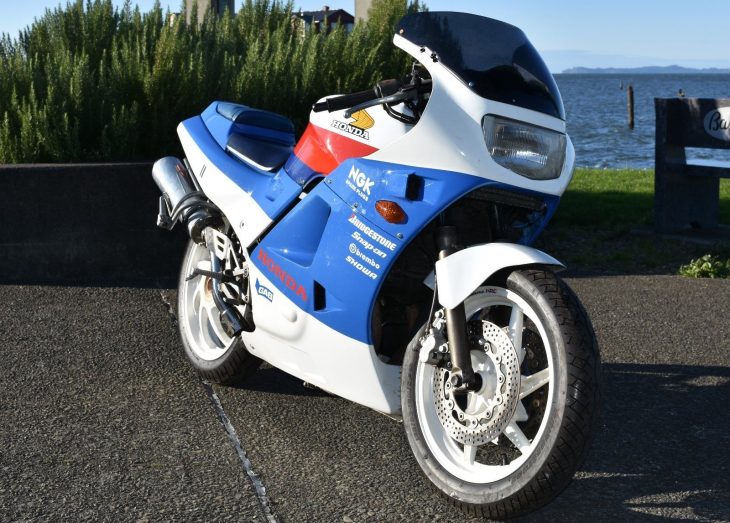 Bidding is very active, but just up to about $1,600 so I imagine it will go a good bit higher before the auction ends. The bike certainly isn’t perfect, with some flaking paint on the clutch lever, slight discoloration of the plastic “nut” that covers the rear hub, and the surface corrosion you’d expect on a bike that made it to the USA via the UK, where bikes see far more time being ridden in harsh weather and exposed to the elements. I’m also guessing that those aren’t the original fairings: looking online, that red stripe on the tank should continue onto the side panels. Maybe just repaint the whole thing as a Rothmans replica? As the seller mentions, these smaller-displacement bikes were often modified to limit power and allow them to be used by new riders on restricted licenses. Instead of buying a little 125, you could buy a bigger bike with restrictions in place to limit power. Once you’d graduated to a full license, you could convert the bike to full power. The seller obviously isn’t 100% sure they’ve been installed, but I’d expect anyone planning to buy a nearly 30 year old motorcycle would be prepared to do a bit of carburetor work if they plan to regularly ride their funky new purchase. 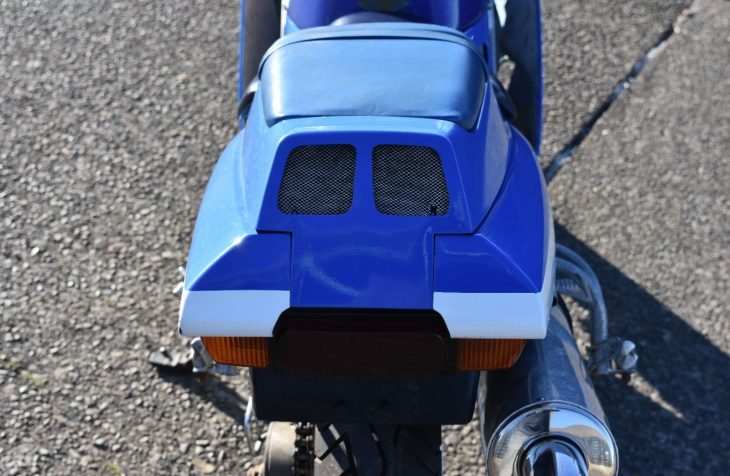