The 888 was designed by Pierre Terblanche and a light update to the muscular 851, Ducati’s first desmoquattro.  American Doug Polen had won the 1991 Superbike World Championship on an uprated 851, and the 888 homolagated the changes for the next year, returning with the #1 plate.  This 888 has been treated to a silky resto-mod and a day in the photo studio. 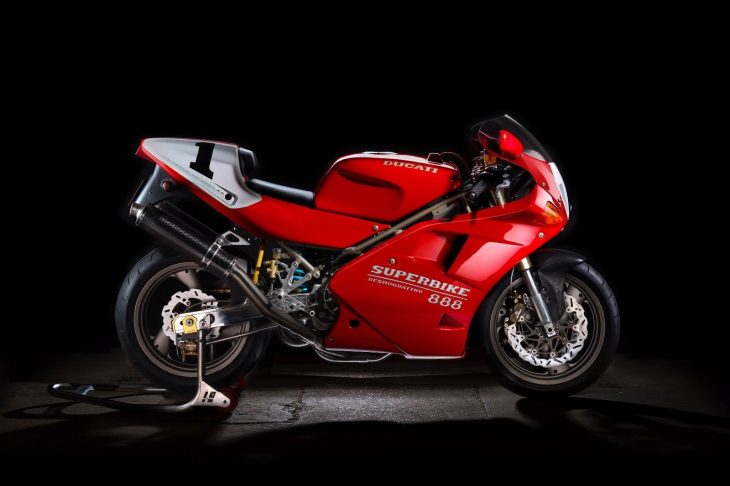 The architecture of Ducati’s original four-valve desmo led to a distinctive sound, the rat-a-tat exhaust announcing 104 hp.  Often seen with number plates front and rear, the fairing has fresh air intakes and snug monoposto seat.  Showa forks and Ohlins monoshock were constants throughout the build, and for 1994 a carbon front fender was added, and wheels were painted to match the bronze frame. 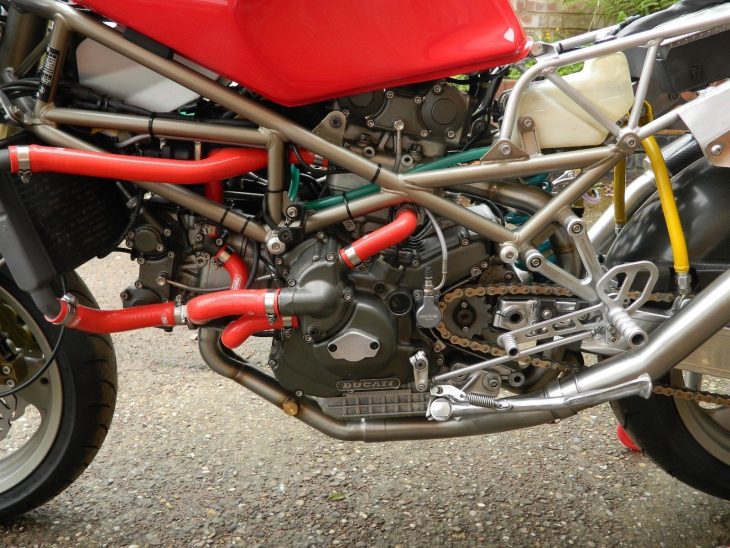 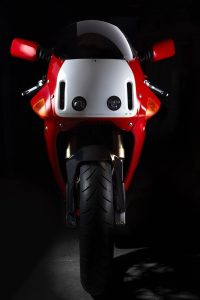 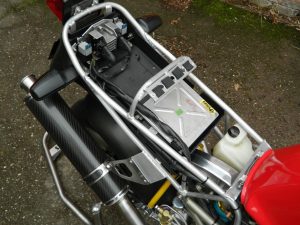 Just about everything about this English 888 has been updated and/or re-finished to a very high level.  The robot-faced front end and engraved triple-tree won’t please everyone, but the owner says most stock parts are included in the eBay auction: 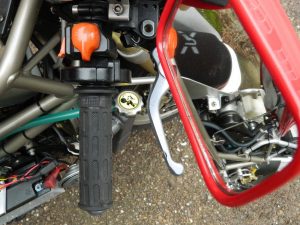 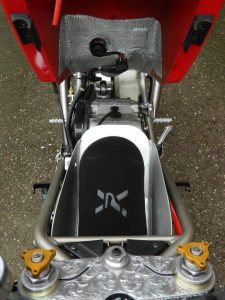 Hard to argue with a Euro-spec 888 – brawny, rare and championship-winning, and there are a lot of nice touches here.  The alloy seat frame and improved side stand are my favorites, and the undressed pictures are at least as interesting as the studio shots.  Finding the rider to pay this kind of premium might take a little doing, but the current owner can enjoy the view while the search goes on… 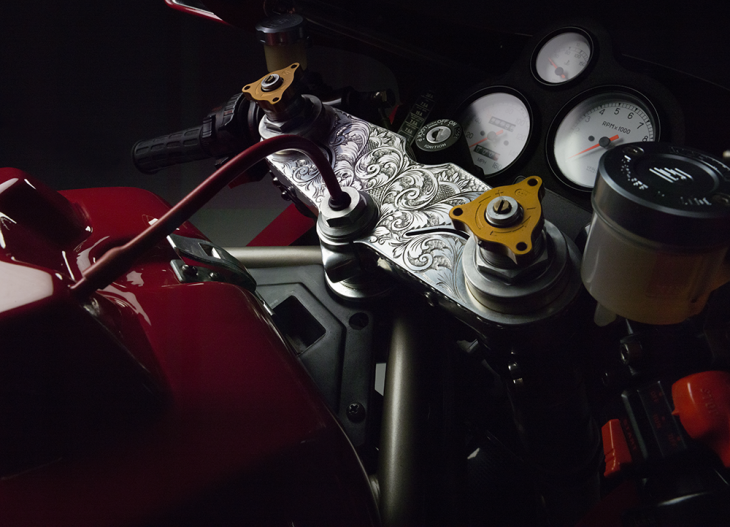 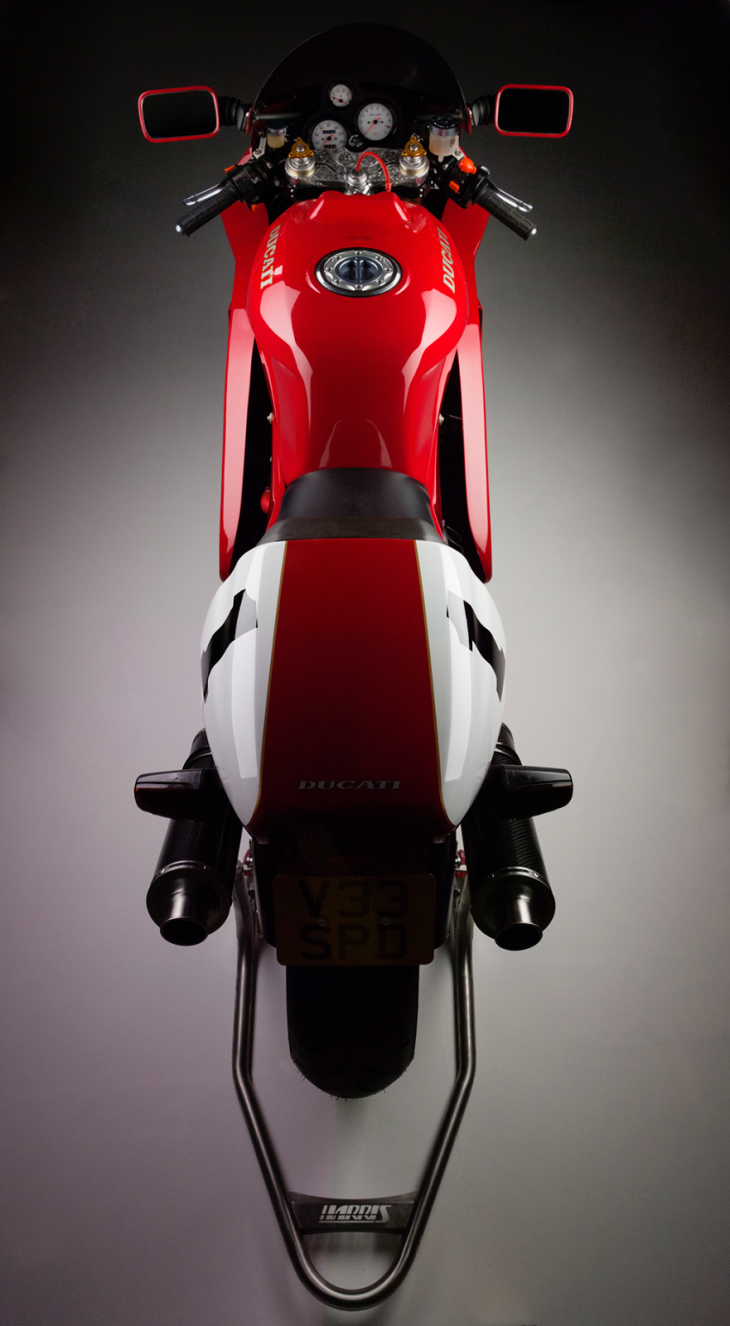