In this day and age when a very limited edition can be a few thousand, here’s a Ducati-based naked with total production of 23 units !  Not perfect, this Azzurro is still very good, with one of Borgo Panigale’s best drivetrains, and livery celebrating Italy’s national football team. 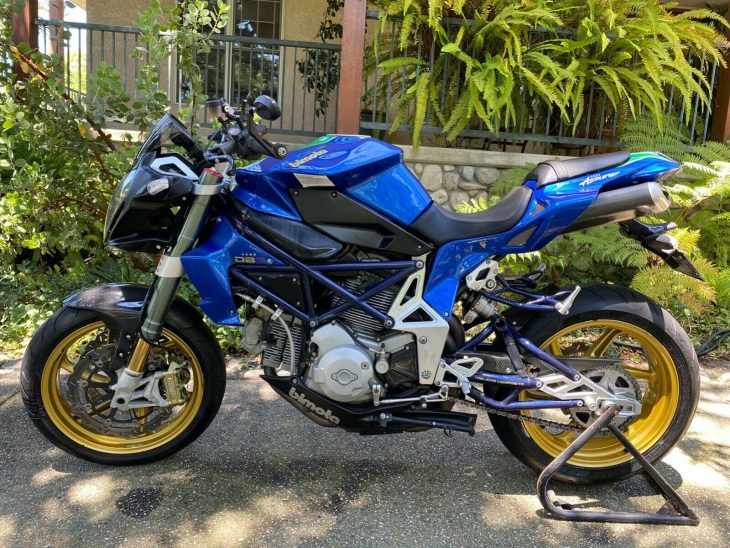 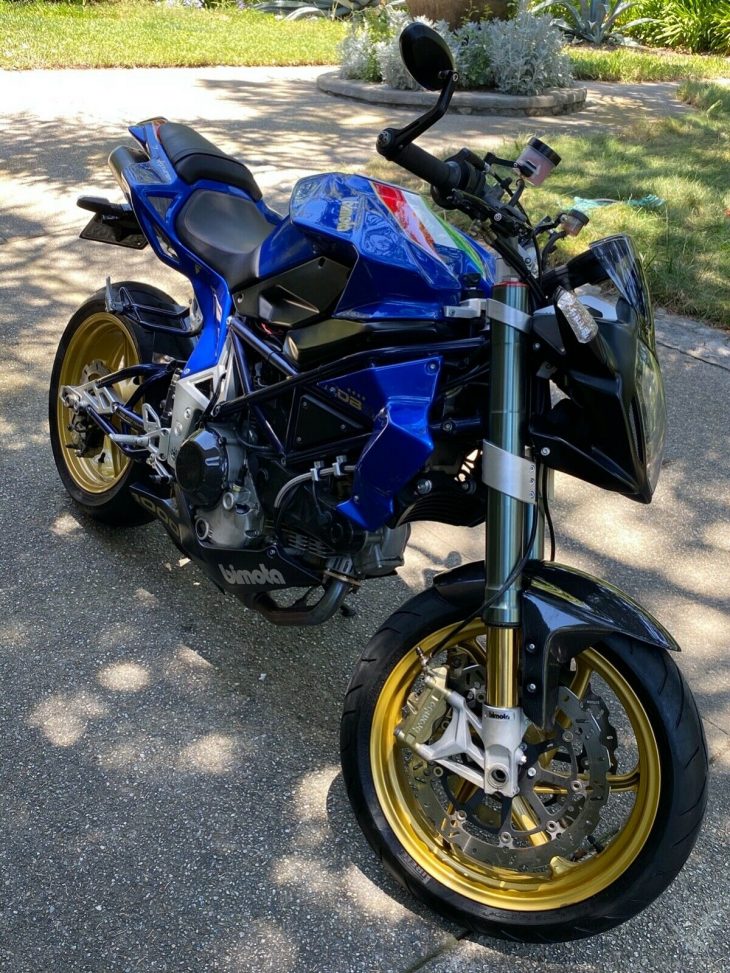 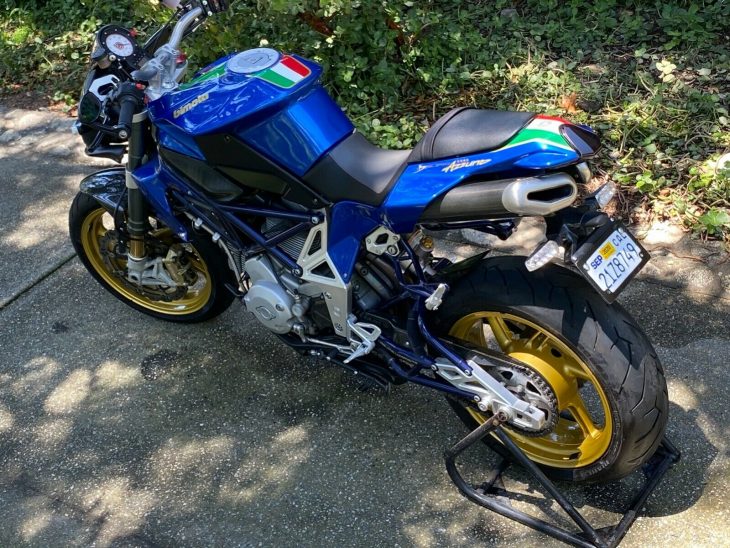 Ducati provided their air cooled dual-spark to Rimini’s designers, who used the factory Marelli injection but fabricated their own exhaust, resulting in 86 available hp.  As usual, the artwork was between the headstock and pillion, a combination of chrom-moly trellis and alloy sideplates, and matching fabricated swingarm.  Typically excellent components included 50mm Marzocchi forks, 320mm Brembo brakes and gold alloys.  The tank starts out skinny but branches out to accomodate 4.2 gallons. 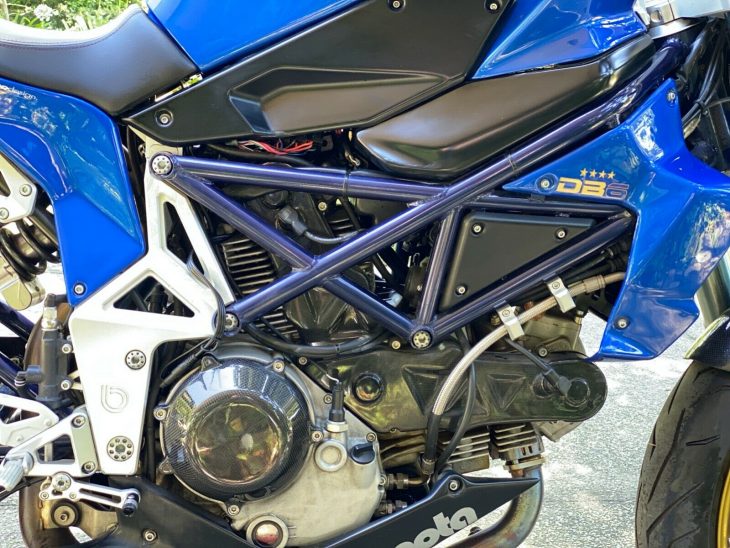 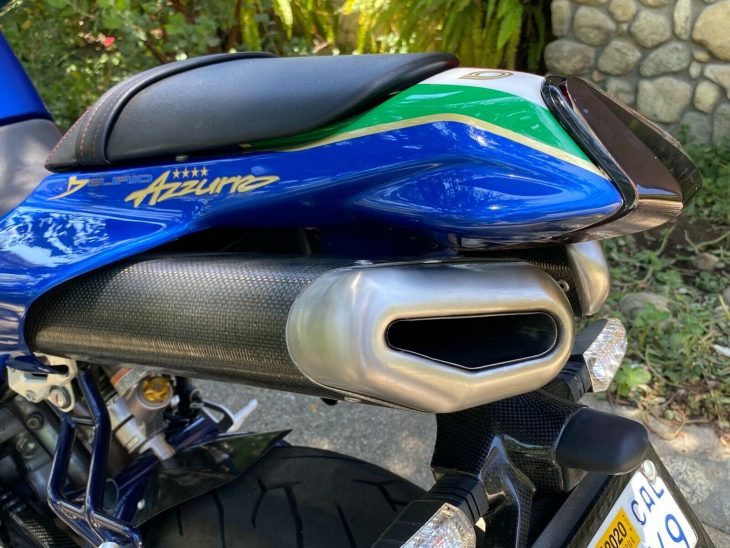 This Azzurro was actually featured on RSBFS in 2014, and has been ridden some 7,000 km’s since then.  Looks like an off-side tipover is in the history books, but except for some Rizoma farkles, it’s as Bimota intended.  Notes from the eBay auction:

This is a show-stopping work of naked-bike art. It’s also light, fast, and comfortable.

Bimota created this limited edition to commemorate the Italian 2006 World Cup soccer champions (their national team is “the Azzurro”). Twelve of these motorcycles went to players. Eleven were sold to the public with a retail price of around $30,000. You’re bidding on number 4 of the 23.

This motorcycle has these extras:

This motorcycle is in excellent condition. Since I purchased it in 2014, it has been faithfully maintained by M Racing, Glendora, CA. It has 13,071 km, equal to 8,122 miles. Its small scrapes are shown in the last three photos. 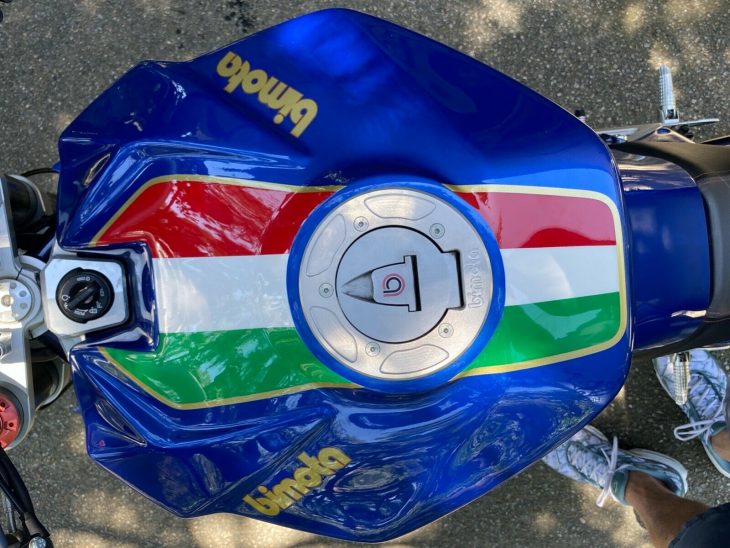 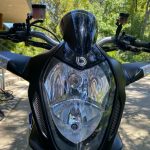 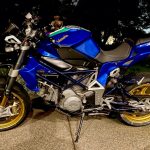 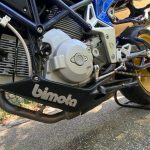 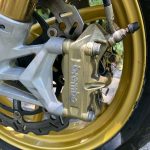 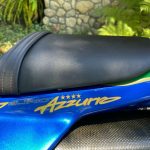 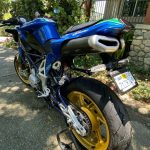 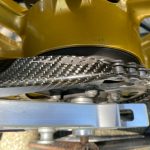 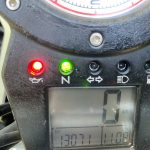 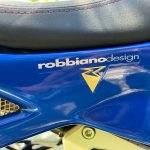 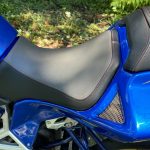 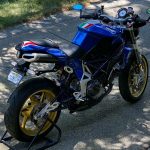 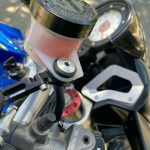 Designed by the late Sergio Robbiano, this Delirio Azzurra was very special when it left the factory, and is only a light rejuvenation away.  Any sharp Ducati specialist can set the valve clearances and mount new belts, and this one has several nice mods.  The reserve will be up there, but might be worth testing. 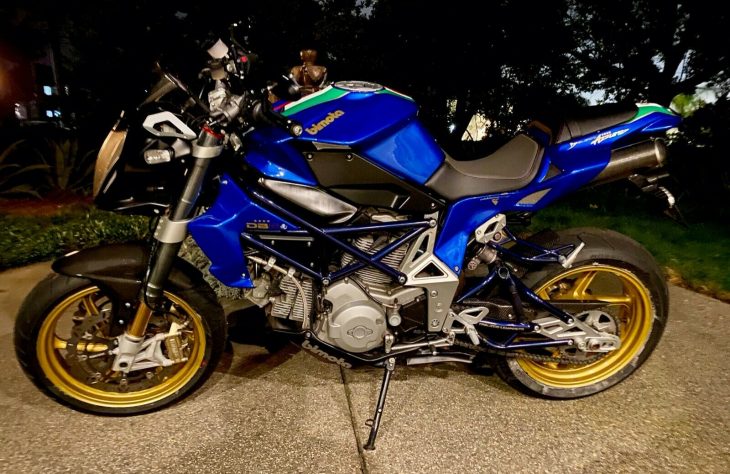