Prior to the turn of the century, 500cc bikes were the ultimate Grand Prix class and Suzuki were regularly on the podium and occasionally the top step.  Here’s an RG that has been more carefully tended than most bikes, and pushing 190hp per liter. 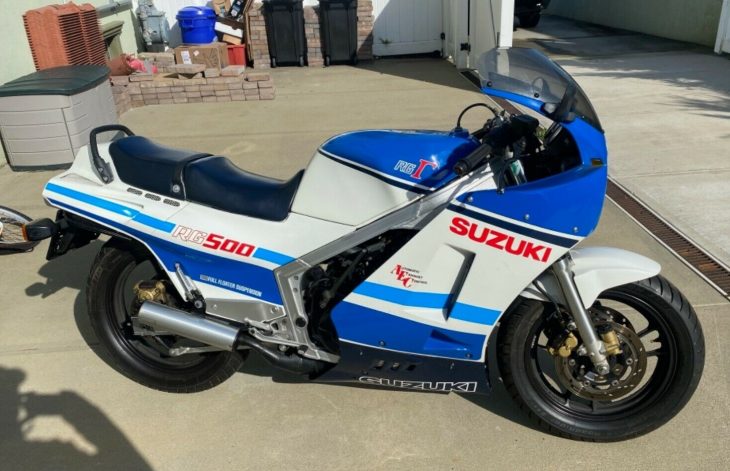 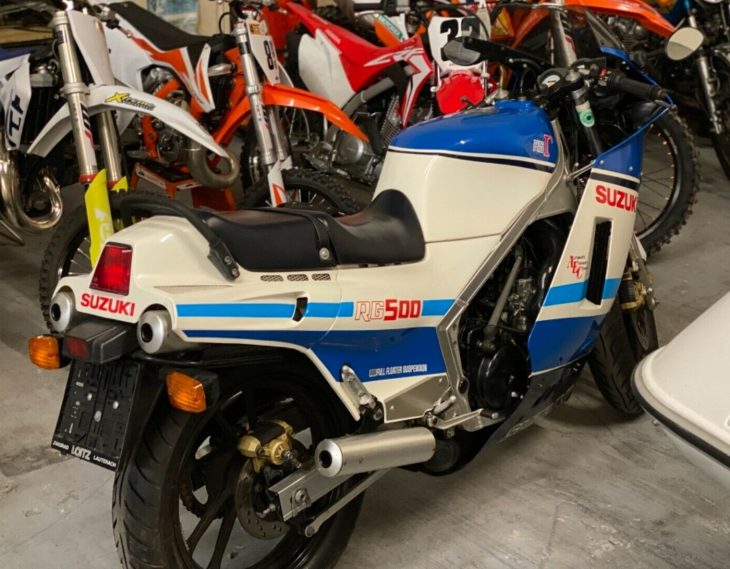 Suzuki had won back to back championships in 1981-82 with the RG500 racer, but didn’t introduce the replica until 1985.  It was worth waiting for, with a complex rotary-valve square four engine claiming 95 hp.  28mm Mikuni carbs look into the engine from the side, and there’s only a kickstarter.  Suzuki’s automatic exhaust control tailors the downpipe volume to rpm, widening the torque band.  Though the chassis tubes are small section, they’re beefy and connect up to a massive steering head, all alloy.  “Deca” brakes have ten pistons, per bike – eight on the 260mm front discs and two on the 210mm rear.  Solid looks are partly due to the wide powerplant and tall 90 series tires. From the garage background, this gulf coast owner is a real Suzuki fan, with a passel of dirtbikes thrown in.  The RG500 is in exceptional condition, with only one short fairing crack in its original good looks.  Naturally a grey import, but no ownership or maintenance history is offered in the eBay auction: 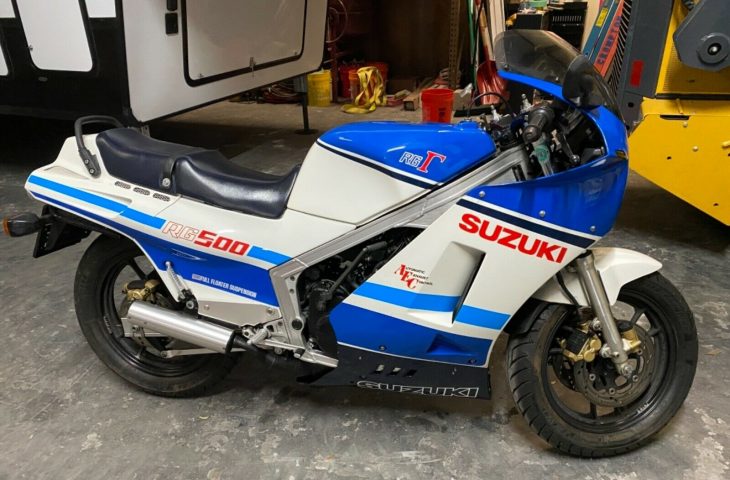 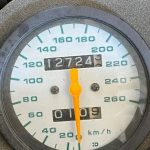 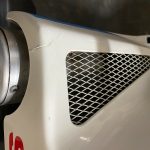 Suzuki bowed out of a factory effort in 1983, but still supplied RG500 developments to the H-B and Heron teams.  U.S. rider Randy Mamola had been on the podium in the last few races of 1982 with H-B, but factory riders Uncini and Reggiani went to H-B’s first string for ’83.  At this point in race replica, square four, or two-stroke road bike history, the time to watch and wait may be behind us.  Just three bidders are testing this auction for the reserve, and if you intend to make some history with an RG500 this looks like a great example. 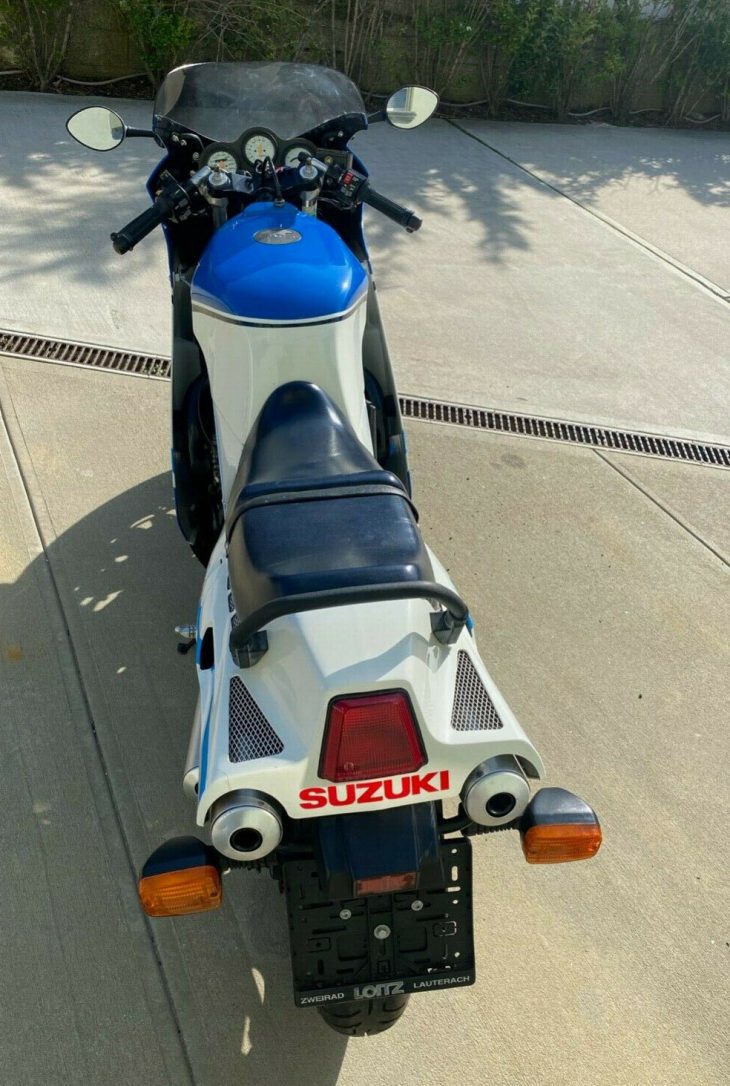