Update 7.23.2020: This bike has SOLD in just 3 days to an RSBFS reader. Congratulations to buyer and seller! -dc

Sharing little more than the letters on the nameplate with the namesake 1938 Speed Twin, fledgling Triumph Hinkley did have the same desire for the Speed Triple – to set the sales floor on fire.  The 1994 introduction did very well indeed and justified a comprehensive re-design for 1997.  RSBFS reader Todd offers his very sharp example in the single-year color Lucifer Orange. 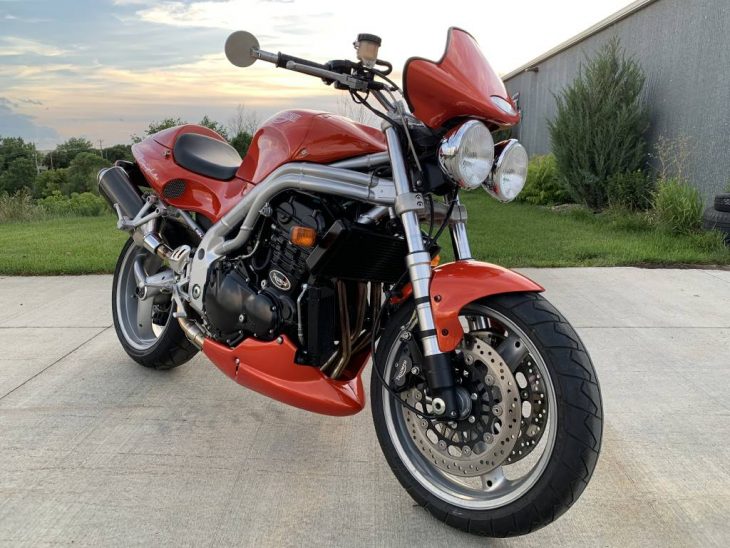 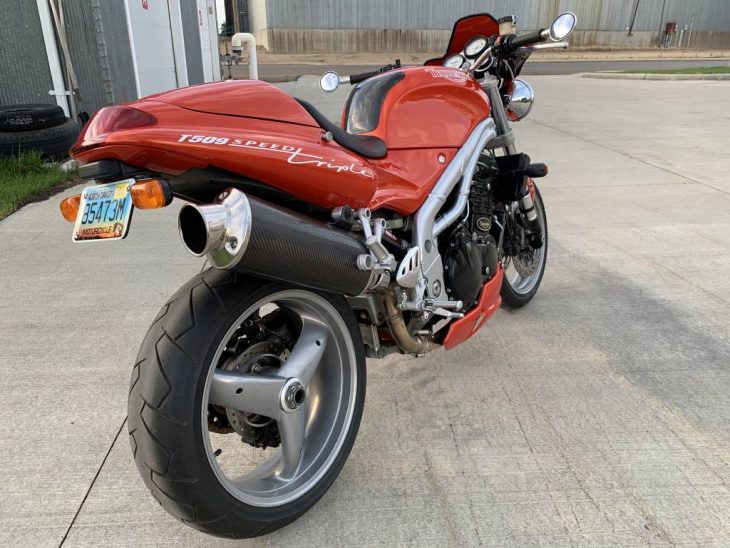 Despite the obscure T509 model designation, the Speed Triple used Triumph’s new modular 885cc engine which claimed 108 hp and 62 ft.-lbs. torque.  Sagem fuel injection was a significant improvement over the original carburetors, and a 6-speed helped keep the engine on the boil.  The updated chassis was alloy with a single-sided swingarm, though shares the rugged good looks of its steel predecessor.    Suspension and brake components were high-spec, with 45mm multi-adjustable Showa forks, with their matching adjustable monoshock, and Nissin 4-piston calipers over 320mm rotors.  The riding position is in keeping with its streetfighter image, and though early T509’s were equipped with clip-on’s, Todd’s has the mid-year conventional handlebar. 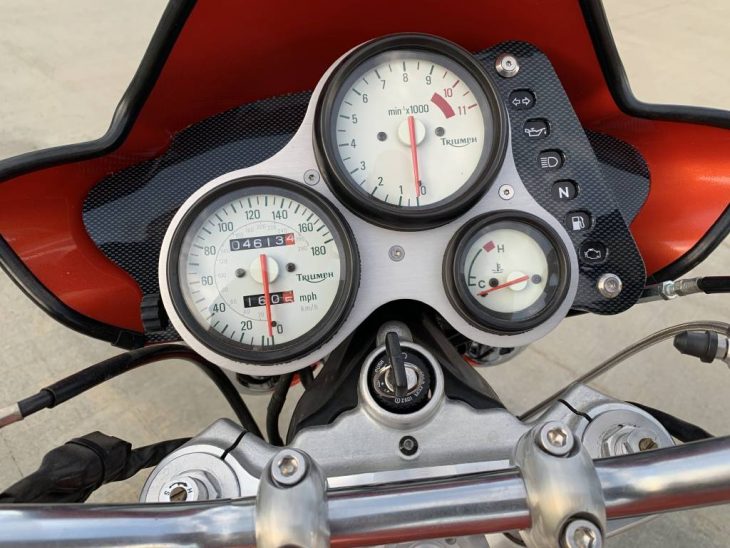 Todd is the second owner and has kept his Triple in phenomenal shape.  The powder-coated silver wheels look sportier, and the belly pan and binnacle fairing with its Euro parking light are nice touches.  Todd’s comments from his CycleTrader listing:

And here is a cold start / walk-around – video – 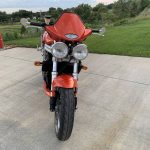 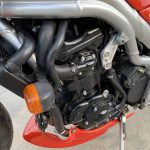 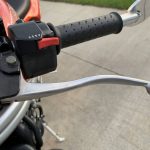 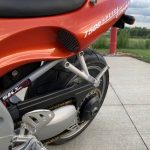 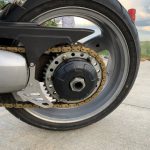 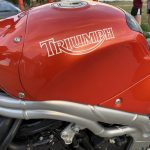 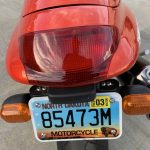 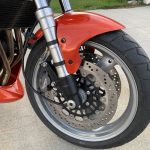 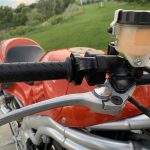 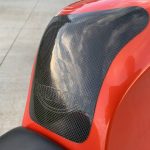 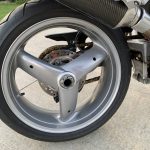 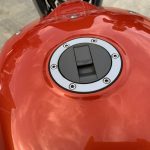 Triumph had a lot of competition in the muscle bike segment from the Yamaha V-Max to Ducati’s M900, but had their manufacturing ducks in a row and offered a European alternative at a sensible price.  Todd picked a very good year, accessorized nicely, and cared for this eye-catching T509 beautifully.