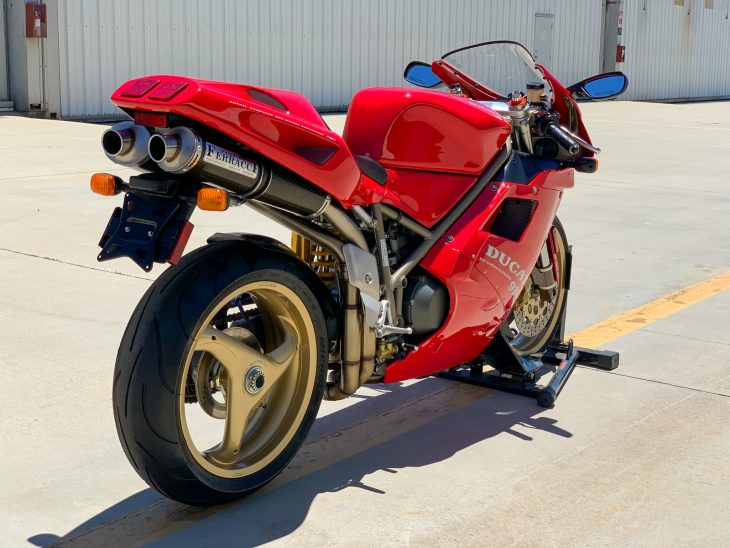 An awful lot of ink has been spilled concerning the Ducati 916. No surprise, considering it’s generally considered one of the most significant sportbikes of the modern era. But the 916 also managed to become a cultural icon, with revolutionary looks to match the scorching performance. It’s instantly recognizable, even by non-enthusiasts, a bike that adorned teenage bedrooms and the garage walls of grown men, and even managed to earn a starring role in a number of feature films. The 916 was so spectacular, in fact, that any followup was doomed to fail: Ducati fans never really embraced the completely redesigned 999 that followed, so the later 1098 ended up looking like a modernized 916. 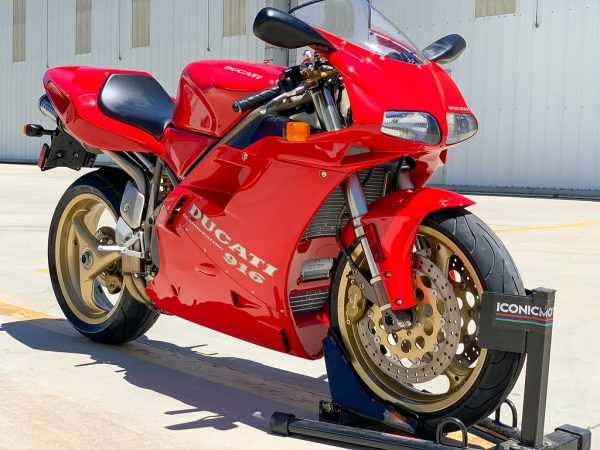 A booming Italian v-twin in a world populated by inline-four sportbikes from Japan, the 916 was gorgeous, fast, temperamental, and expensive. Ergonomics were pretty brutal, but who cares when you were riding something that looked and sounded like this? The liquid-cooled, four valve Desmoquattro engine displaced 916cc and produced a claimed 114hp, along with all that famous v-twin torque that helped it compete with four-cylinder sportbikes that could rev much higher. The dry clutch might have been a pain in traffic, but the audible rattle added to the sensory overload and just made the bike seem that much more exotic. 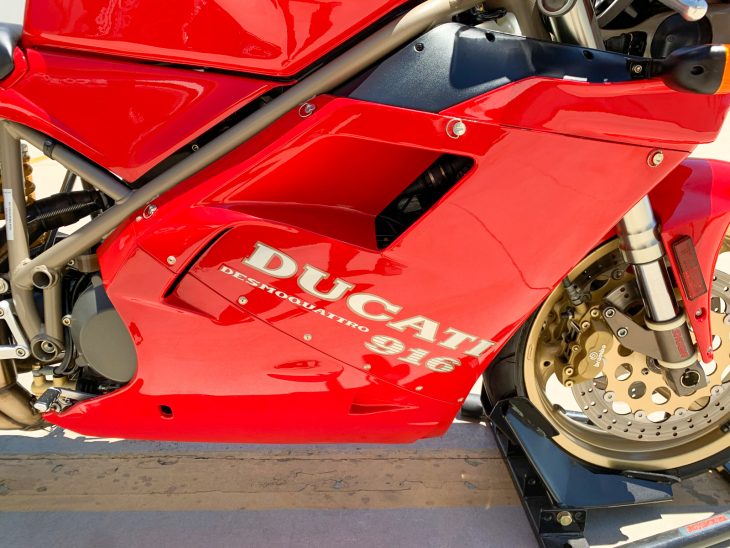 The only issue when discussing Tamburini’s masterpiece as a collectible is that it’s actually not all that rare: Ducati produced just over 18,000 of the original 916 across all years, variants, and markets, and that’s before you get into the 996 and 998 that offer similar looks and improved performance. If you want a truly collectible modern Ducati, you’re probably looking for an SP, SPS, or R bike. Of course those machines are difficult to find and command much higher prices, and even the most “ordinary” Ducati 916 is really anything but. 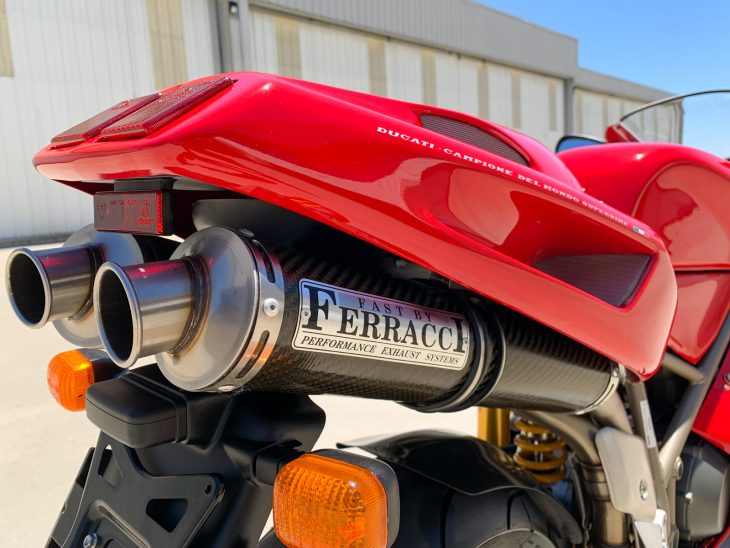 This 916 (VIN: ZDM1SB8S1SB004750) has 2,808 miles. Upgrades include a Fast by Ferracci exhaust with a matching Ferracci Stage 1 EPROM chip, that was installed in 1996, a Yoyodyne clutch slave cylinder, Öhlins shock, and a Ferracci carbon fiber rear hugger and chain guard. The bike includes extensive documentation, including notes from the original sale, maintenance records, receipts, and period magazines and articles. The sale also includes the owner’s manual, shop manual in a binder, world dealer guide, limited warranty paperwork, and a bike cover. This Ducati was last titled and registered in Wisconsin in 2010. The gas was drained 6 months ago and the bike was kept on a battery tender as the owner planned on displaying it in his house. 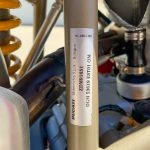 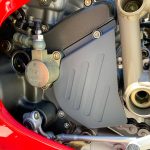 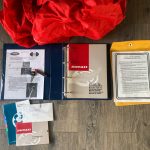 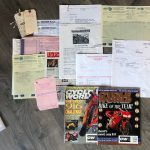 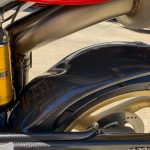 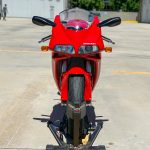 This is a very clean example of Ducati’s iconic 916 and has extremely low miles, as well as solid documentation. Frankly, it’s gorgeous. Prices for the 916  have been low for a few years, but are finally headed upward. It’s pretty clear that the original Tamburini bikes represent a solid investment with historical significance and incredible sex appeal. 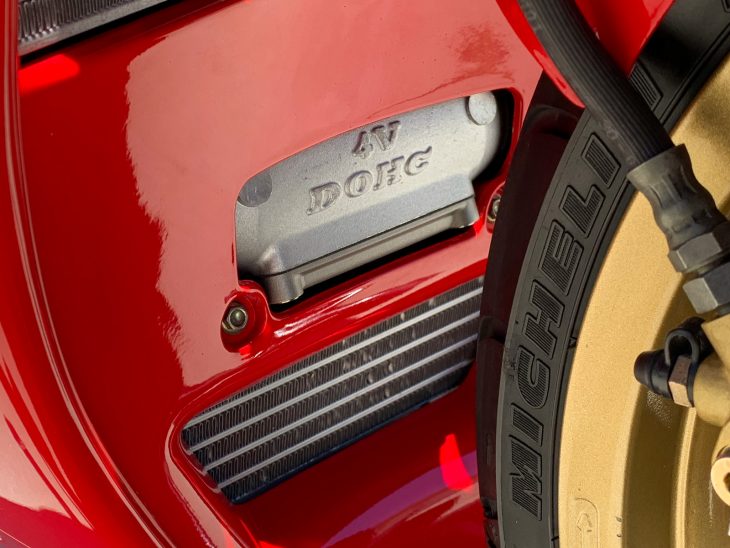