Today’s Featured Listing Laverda 750 SF2 is definitely more of a classic sportbike, but it’s definitely rare and such an icon we couldn’t help but publish! For fans of the site who aren’t really familiar with low-production Italian bikes of the 1970s, you could probably think of Laverda as “the Lamborghini of motorcycles,” since they also got their start building farming machinery. Bikes were added to their repertoire to help supply the post World War II need for cheap transportation with early examples clocking in under 200cc. But Laverda knew that, in order to compete with rivals like Triumph and sell bikes in the USA, they would need to expand their range to include bigger, faster machines. 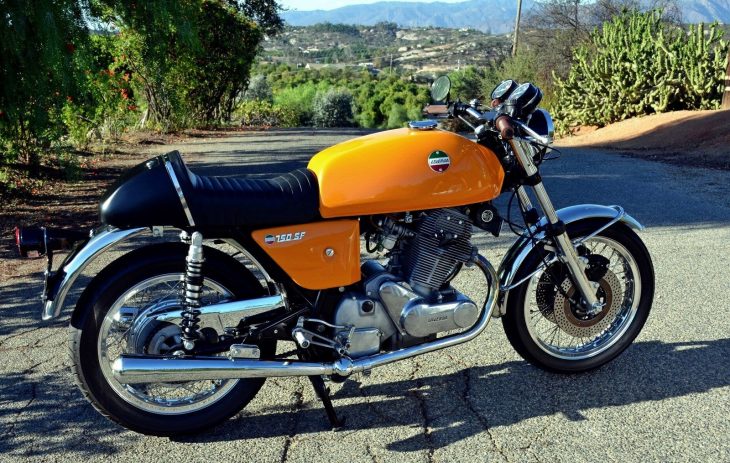 Their first big bike was a 650cc parallel-twin that was introduced in 1966 and then enlarged to 750cc’s in 1968. It was powerful, with 60hp and fast, with a tested speed of over 100mph, no slouch for a stock motorcycle of the era. It was also legendarily overbuilt with five main bearings in the twin-cylinder engine, and every part not designed and built in-house was chosen for quality. The “SF” in the name stands for “Super Freni” or “super braking,” a reference to the huge twin leading-shoe drum brakes fitted to the original machines, although by 1974 the system had been updated to a pair of Brembo calipers and discs. 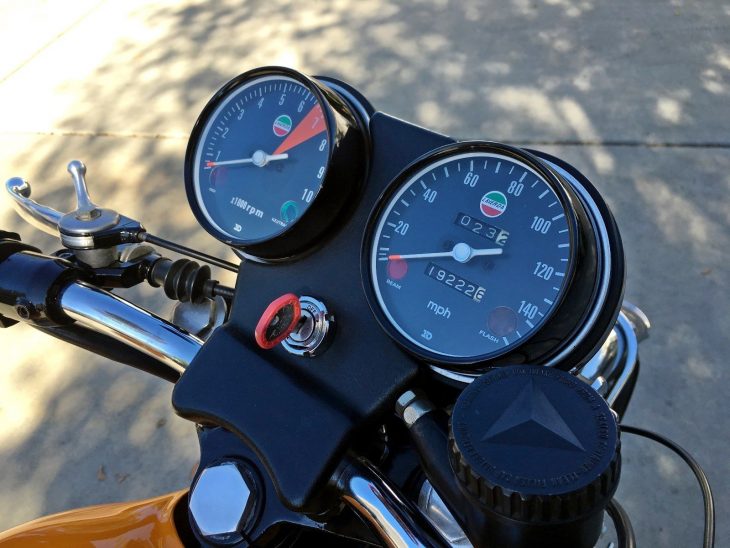 The Laverda SF wasn’t light or nimble, but it was very stable and proved successful in endurance racing when kitted out in SFC or “Super Freni Competizione” form. As rare as they are, they’re pretty reliable for vintage machines, relatively simple to work on, and parts are apparently available to keep them running. 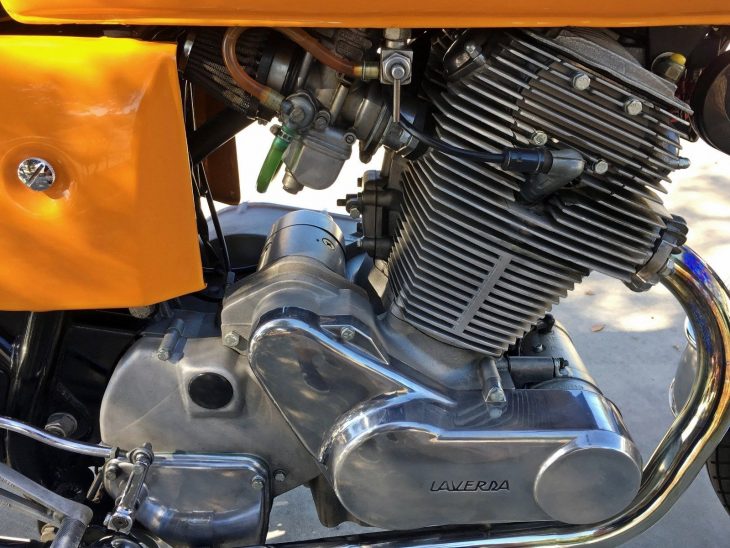 As seen on a recent cover of Classic Bike Guide. This Laverda was acquired in 2012 from the second owner (I believe) who did extensive restoration on the bike including a complete engine rebuild from renowned Laverda expert Scott Potter. This bike runs as good as it looks with no issues.The original Nippon Denso gauges were rebuilt and function perfectly. The original polished Borrani Wheels were laced and trued by Buchanan’s, the rear shocks have been updated to Hagons, the front forks have been upgraded to Works Performance dual rate springs etc. The bike has been restored using either original NOS parts or correct reproduction parts mostly sourced from Columbia Car & Cycle in BC Canada. Even the two keys for the seat storage box are included.The bike is complete and ready to ride or show.

It is original with a few exceptions that I am aware of as noted: the Euro rear tail light; (the original large US tail light is included with the sale); the front brake rotors have been drilled; the original foot pegs have been replaced with modest rear sets; the horns work great but are not original. The pictures tell the rest of the story.  It has the original exhaust with the crossover pipe and it even has the rare “Conti” stamped exhaust brackets. This Laverda comes with the complete correct tool kit in the correct stamped Laverda tool bag. It also has a new battery. Included with the sale if the reserve is met are the optional  solo seat, a front and rear fender painted to match the bike, an optional left foot shifter kit, (I have not used this) Tommaselli Clip-Ons, and a considerable treasure trove of literature including 2 copies of Tim Parker’s Laverda Twin and Triple Repair Guide (one original and one revised). Two period correct (if tattered sales brochures), a copy of Nolan Woodbury’s extensively researched article on the Laverda SF/2 twins as it appeared in the November 2016 issue of Classic Bike Guide, a Laverda Spare Parts List for the SF2.  I will also include related vintage articles that I have collected on this Laverda model. They are from the 1974 issue of Cycle Guide with a cover story on the SF/2, the 2013 issue of Classic Bike Guide with a cover story on the SF/2, the January 1992 Bike Journal with a cover story on the SF/1and various other articles on the SF/2. Please note that this bike is a right foot shifter. 1974 was the last year for the right foot shift Laverda SF/2. This bike is being sold as is with no guaranty or warranty. The bike is currently registered and titled in California.

A $1,000 deposit is due within 48 hours of purchase with the balance due in ten business days. The bike is available for inspection in the Rancho Santa Fe, San Diego, CA area. Inspections can be arranged with advance notice. I can assist in helping the shipper of your choice. The bike can be stored indoors for up to 90 days as long as the bike is paid in full and insured by the buyer. I can also deliver the bike in an enclosed trailer (for a fee) if you are in the vicinity. I reserve the right to end the auction at any time as the bike is for sale locally. 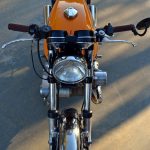 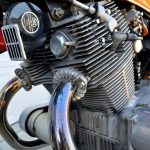 The days of reasonably-priced SFs are long gone and nice Laverda twins are not only hard to find, but command high prices when they do come up for sale. While the competition-oriented SFC sits at the very top of the Laverda twin hierarchy, the SF1 and SF2 are much more practical motorcycles, as the SFC is literally a race bike with lights and mirrors tacked on almost as an afterthought. This example is about as nice as you’re ever likely to find, and it’s even appropriately Laverda-orange. Bidding on the eBay listing is up to over $10,000 with several days left on the listing. 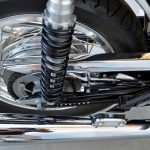 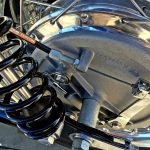 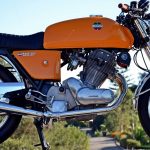 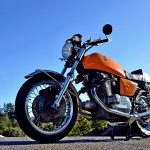