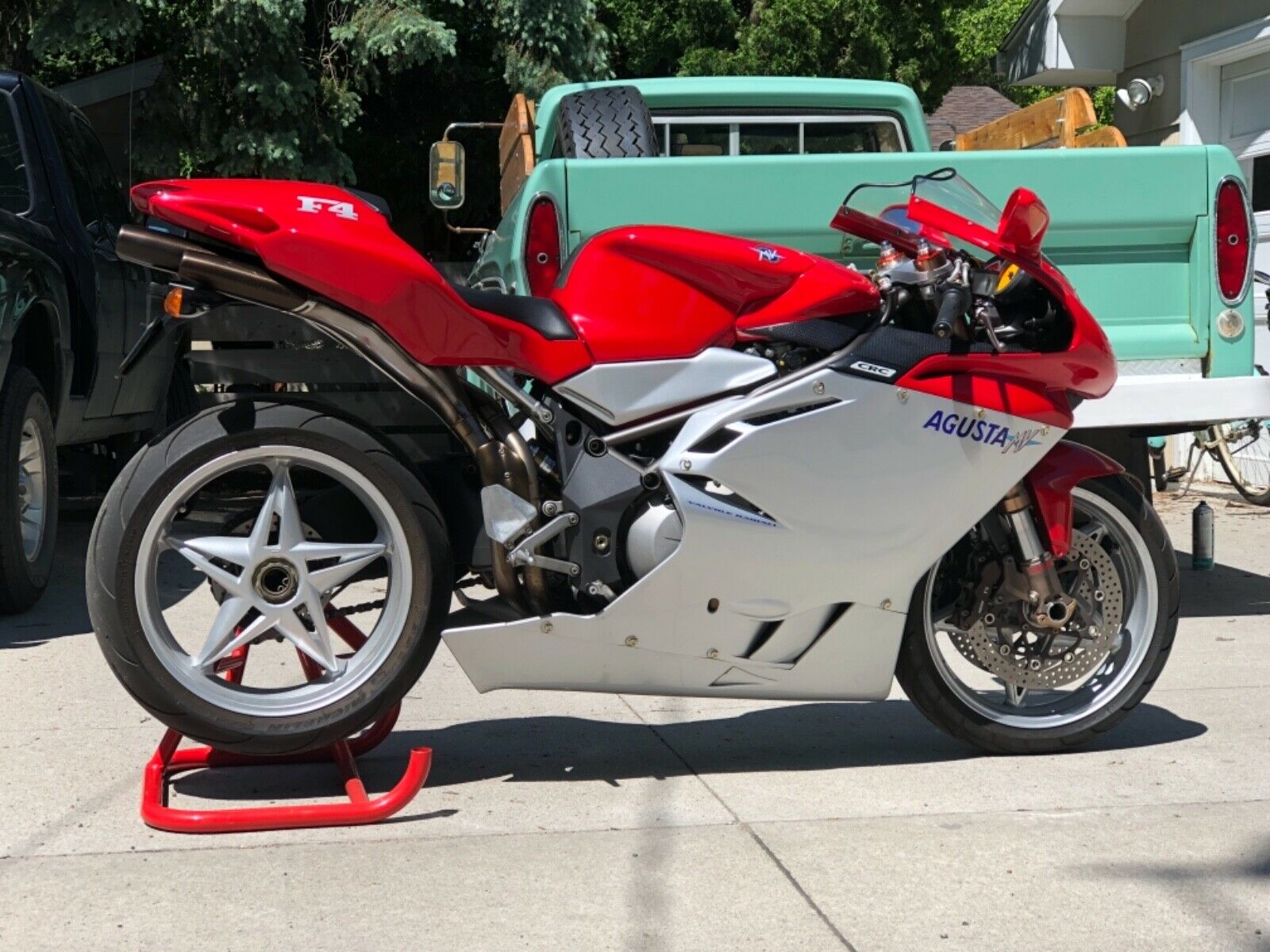 The MV Agusta F4 750S was the mass production model of the ultra rare Oro Edition – the model that re-launched MV Agusta into the mainstream market. Designed by Massimo Tamburini and the CRC design center, the F4 was – in many ways – what the Ducati 999 should have been. It is an evolution of the very successful 916/996/998 design language that set the world alight way back in 1994, and has been incrementally improving ever since. With the single sided swing arm, distinctive under seat shotgun exhaust and star-spoke wheels, the F4 is truly distinctive in the MV Agusta colors of silver and red. 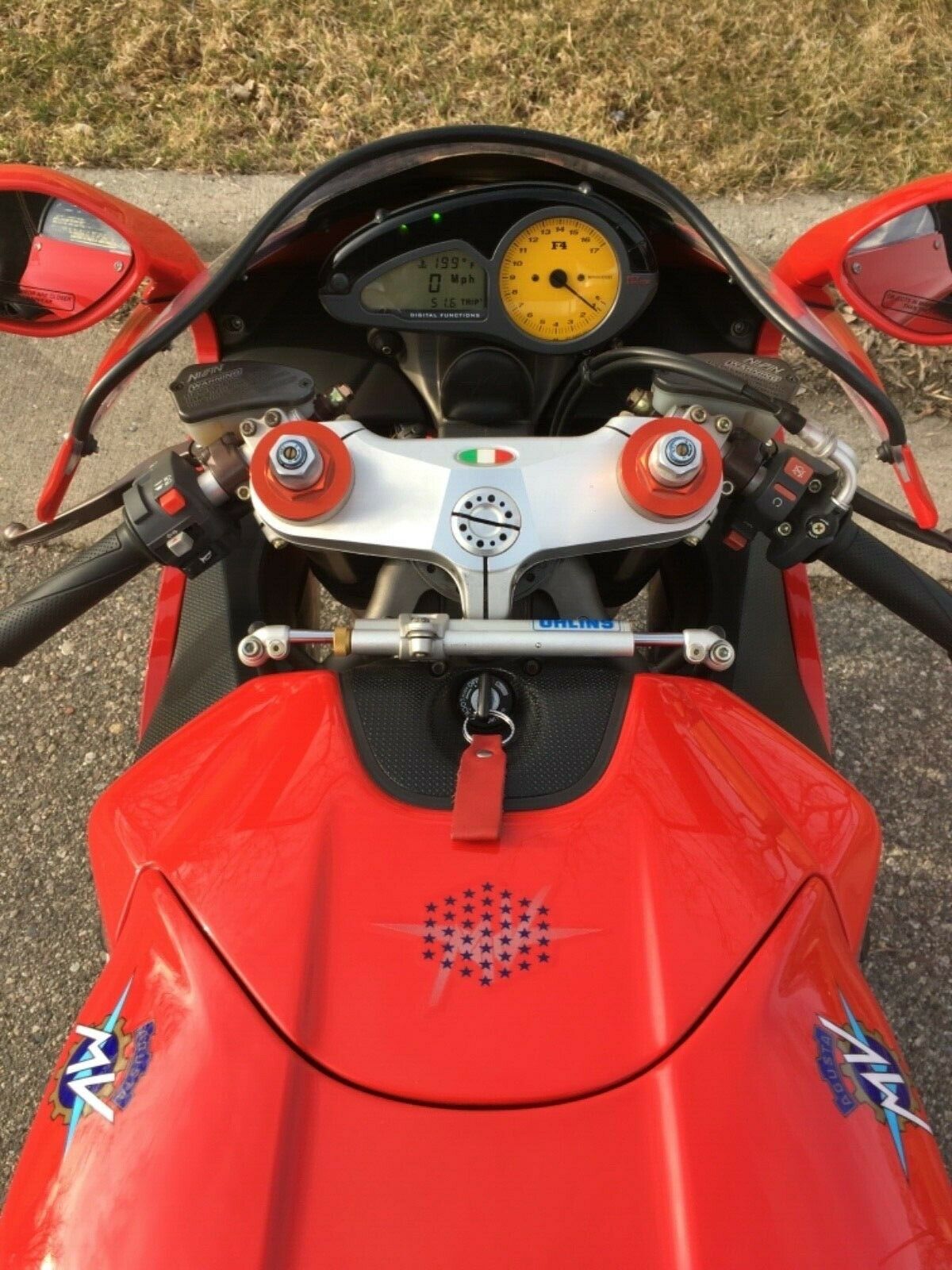 Patterned after the Oro, the 750 Strada (street) model shared the same inline, four cylinder power plant. With technology adopted from Ferrari Formula 1 engineers, the F4 utilized radially splayed valves for the ideal combustion chamber shape. Intake trumpets were variable length to help spread the torque curve over more of the power band (rather than just up at the top of the range), with horsepower peaking at 126. Whereas the Oro (gold in Italian) was produced utilizing anodized magnesium, the standard model made due with aluminum. This not only brought the cost of materials down, but also the cost of manufacturing. With plastics in place of carbon fiber for the body, the 750S model is slightly heavier than the Oro, but otherwise looks identical. 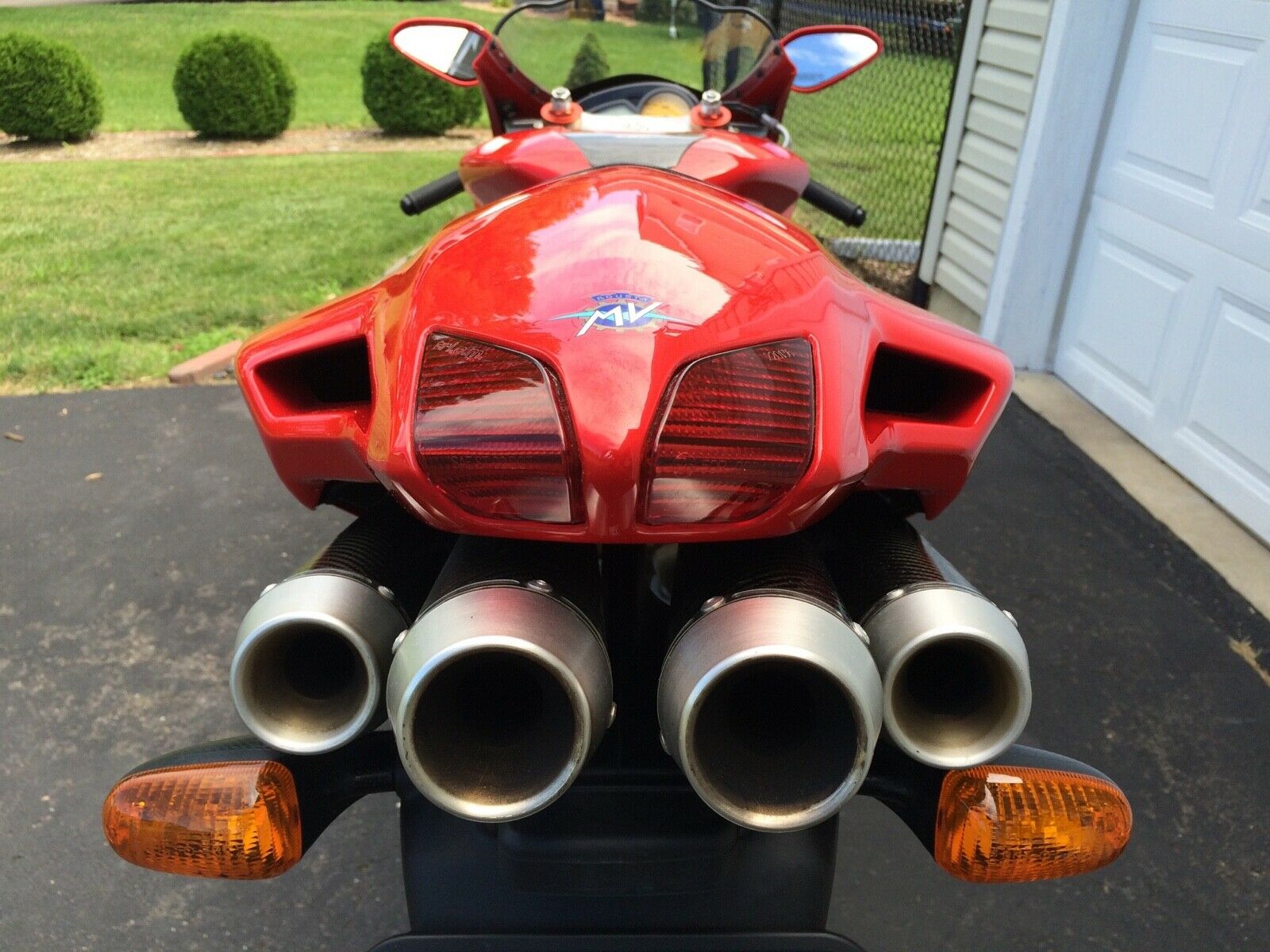 From the seller:
2000 MV Agusta F4 750 for sale with 6200 miles (still riding so may go up). Great condition, adult owned, and includes extras. The bike is mechanically perfect and is in excellent working condition. Rear tire is at 50-60% and front is at 75%. Bike comes with carbon fiber Silmoto exhaust($1000) and also the currently mounted stock Arrow exhaust that was fitted for display in a recent motorcycle show(Both exhausts pictured). Bike has been professionally dyno’d and tuned and runs very cool. As you can see by the vin this is a very early bike and was only the 18th MV F4s to come out of the factory. Also included is the factory rear stand, service manual, and all paperwork passed along from previous owner.

MV Agusta relaunched to great fanfare in 1999. Bikes were initially very exclusive, and they were also very expensive. The Oro was nearly $40,000 USD, and all 300 sold out. The standard Strada model was cheaper, but far from cheap at $18,999. Today, these bikes are trading for much, much less. The rarest of the models are sure to appreciate, with the more mass produced examples following slowly behind. That is a good thing, as it makes fantastic bikes like this F4 750S affordable to us mere mortals. This is a bike that you can ride today and decades later it will still look fresh and purposeful. Located in Fargo, North Dakota and offered with a starting bid of just $5,300, this one still has a few days to go on eBay. Check it out here, and Good Luck!! 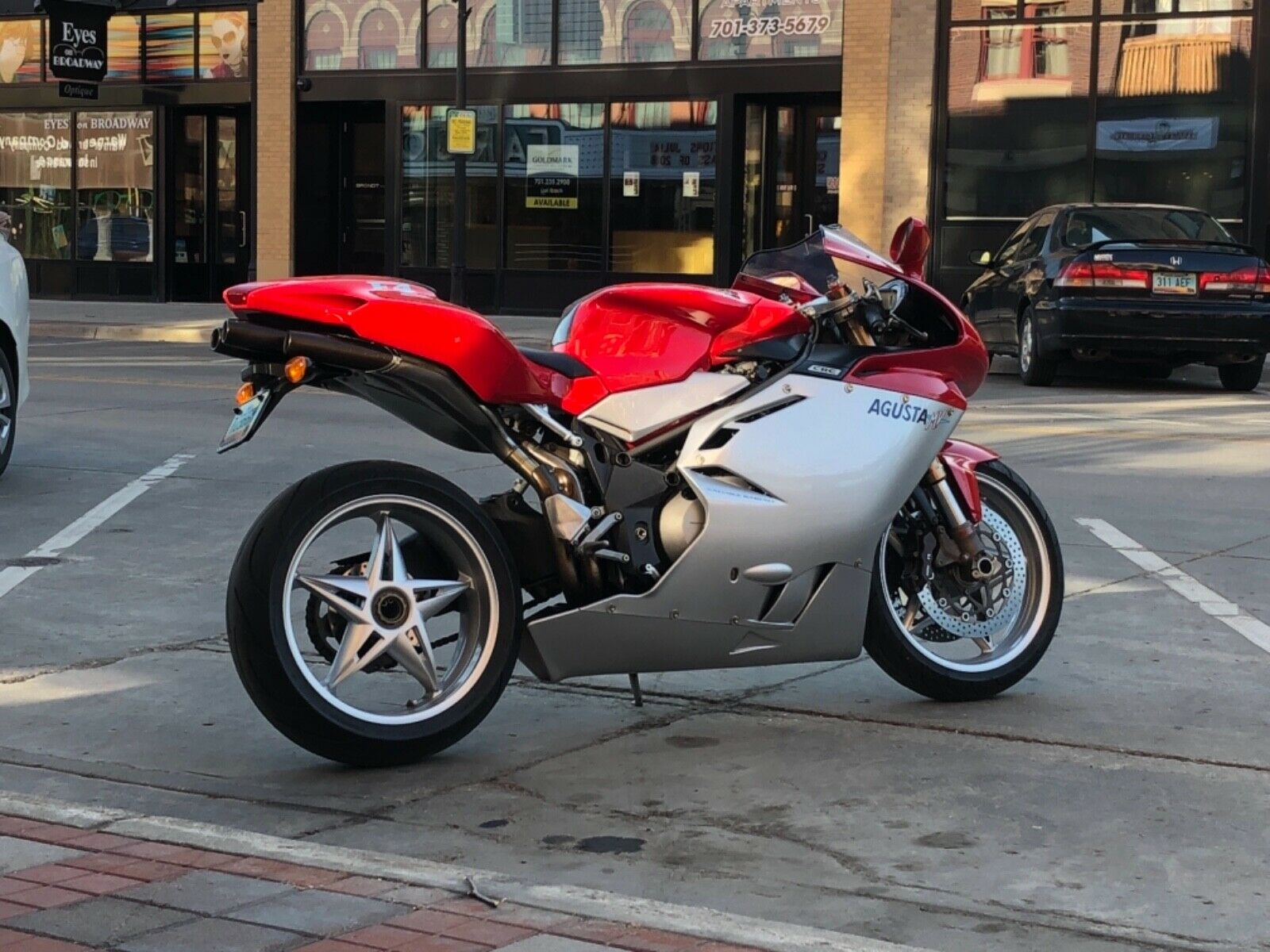 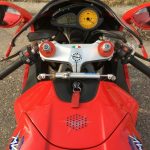 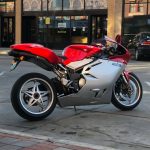 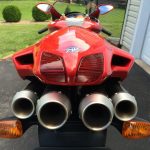 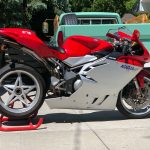 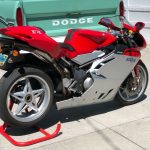 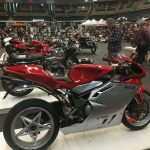 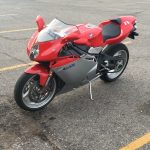 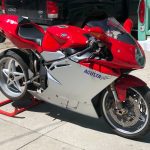 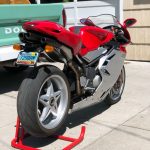 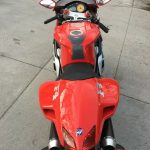