R-spec Ducati’s pay little mind to the street, meant to be wheeled directly to the race shop for a few mods and tuning, then right to the track.  This example didn’t quite make it here, but is shown on eBay UK beckoning fans. 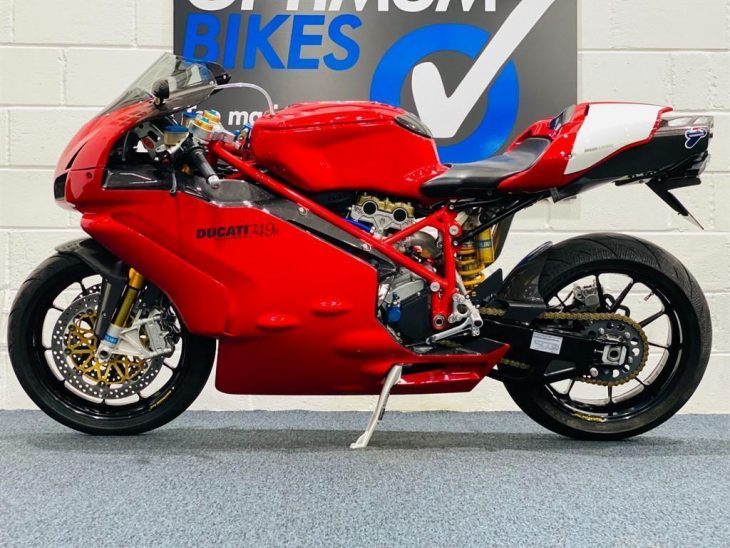 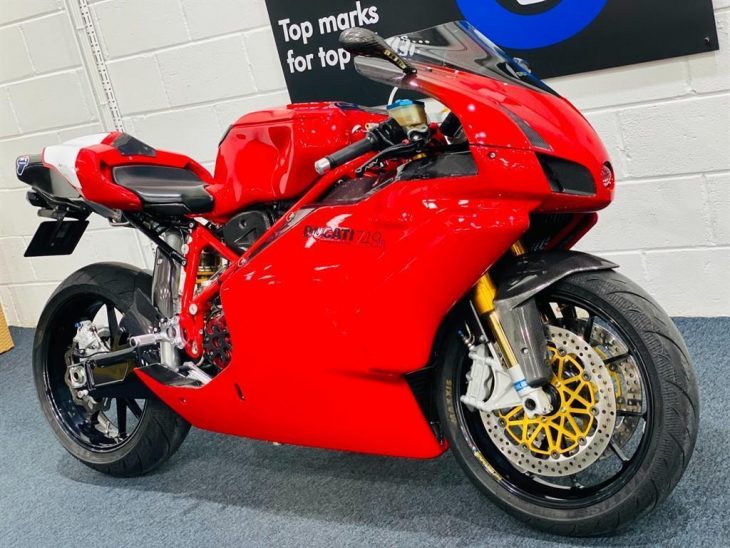 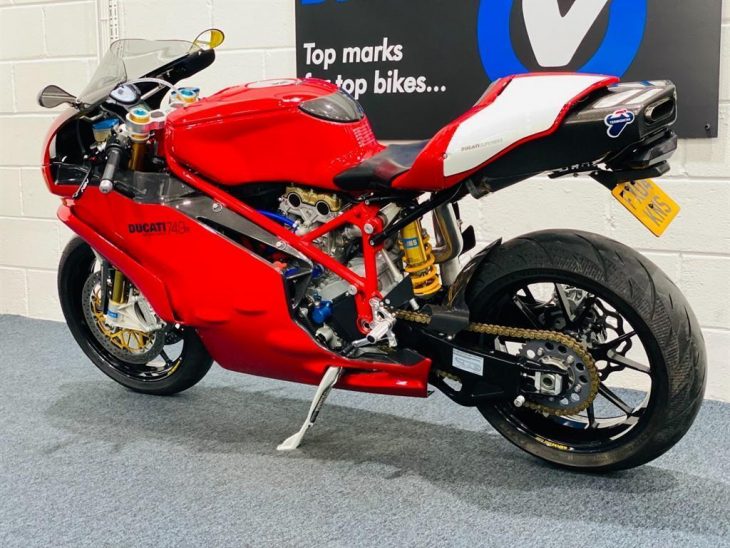 Road machines can be a collection of compromises, but they are more limited on the 749R.  The engine is different from other 749’s, displacing the same cc’s but with a shorter stroke and bigger bore, plus a bevy of titanium internals.  121 hp are the result at 10,500 rpm.  Carbon fiber is used for all the fairings and mudguards, plus smaller bits like the cam belt covers.  Even the rider is not expected to conform to some percentile, but has seat, footpeg, and steering head adjustments.  Suspension-wise, the usual rising rate monoshock linkage was binned in favor of a track-oriented flat rate set-up.  Designers made the mirrors easy to remove, and take the turn signals with them. 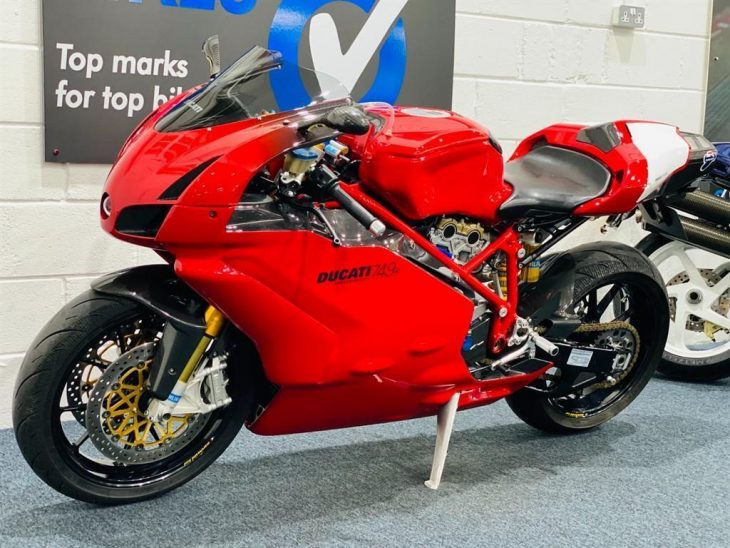 This eBay dealer presents all their bikes in the same showroom, with bright lighting and a variety of angles, so not much has to be left to the imagination.  The front fairing has been updated to a monocle, and smaller carbon mirrors fitted.  Otherwise more original with open clutch cover, neatened tail, wavy rear rotor and what appear to be ceramic coated headers.  Notes from the eBay auction –

This bike is lovely and these are becoming highly collectable and this is no exception – it comes with a host of extras including open clutch cover, one-off carbon top fairing with single headlight, race front frame bracket, Termi exhaust system, the list goes on.  The bike is draped in carbon which comes stock on the original 749R, all fairing panels are carbon as this is the MK1, ASV levers and it comes with all original books, 3 keys and key card and will be leaving us with a fresh belt service and 12 months MOT and 1 months warranty.  Last serviced at 12,255 miles, Service history, Excellent bodywork, Tyre condition Excellent, Red, 5+ owners. 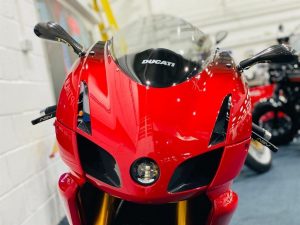 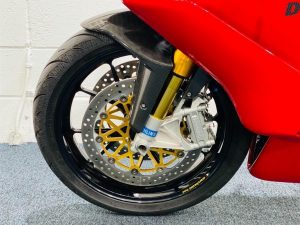 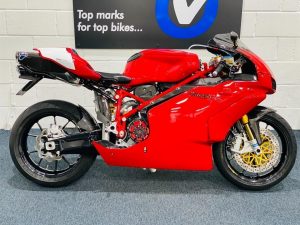 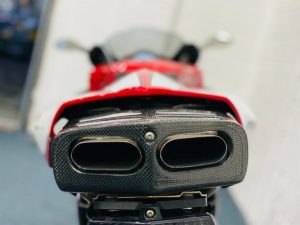 The Pierre Terblanche design may have been in contrast to the 916 series, but has weathered the storm and has fans worldwide.  749R’s don’t come up all that often, and while it’s not totally as delivered ( and doesn’t include import from York ), this one looks right in all the right places – and this year’s exchange rate might just make it a bargain. 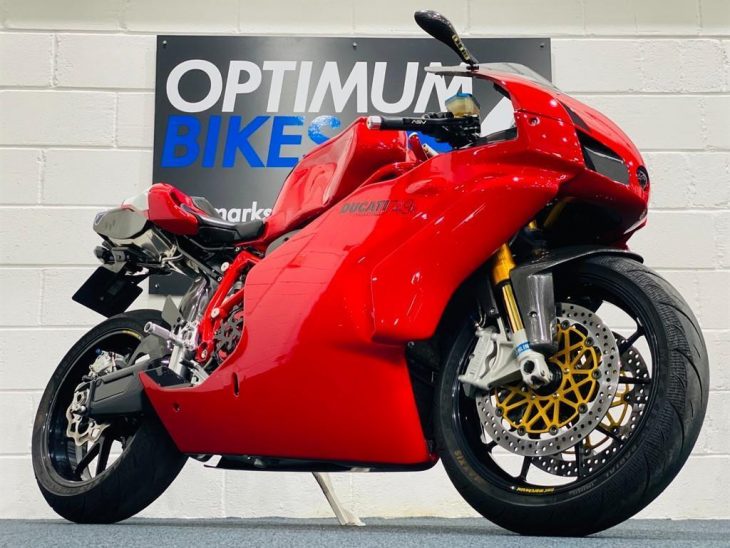