Most running, driving bikes with 40-plus years on have taken some kind of rebuild, and this 1977 RD400 is no exception.  This recent completion has had soup to nuts attention with some nice upgrades. 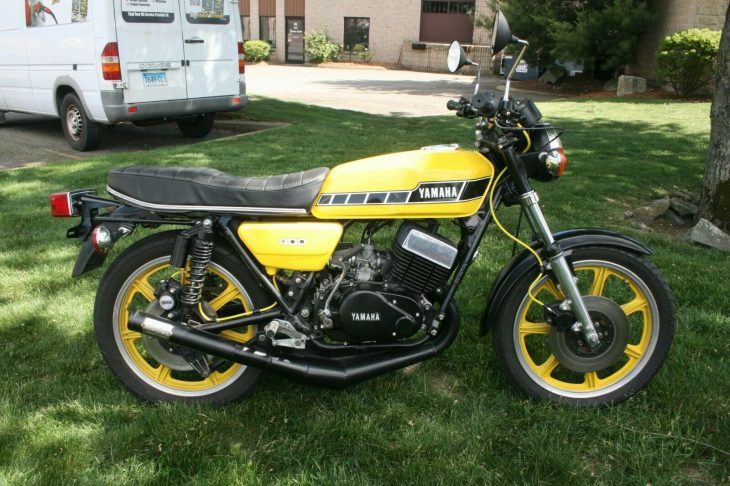 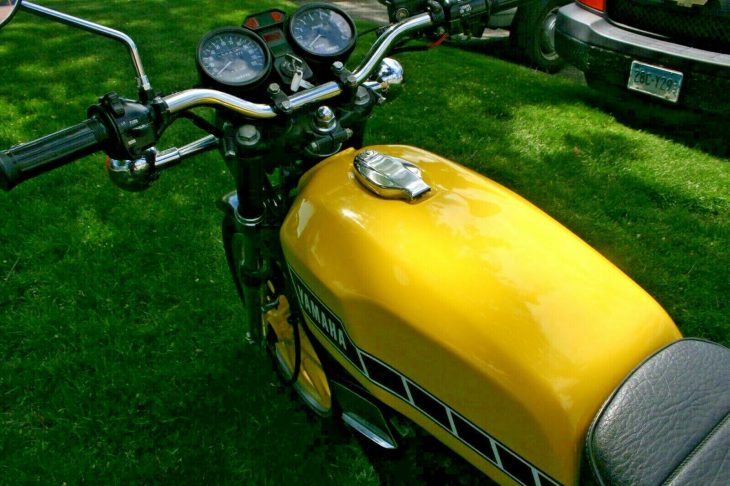 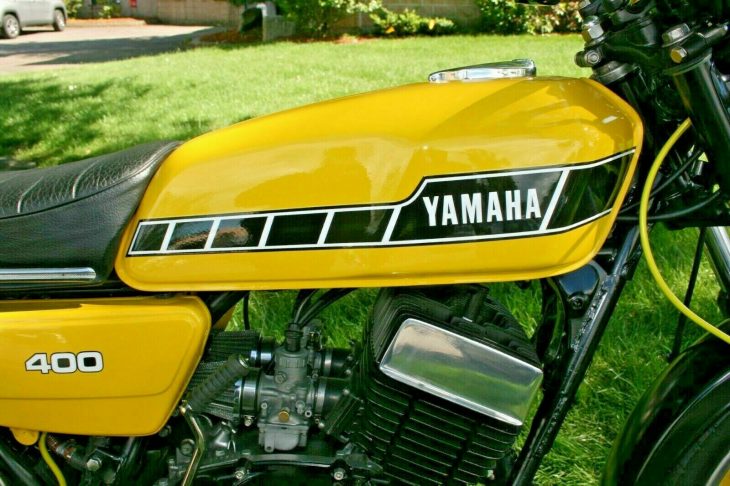 Though regulators in the western hemisphere were already thinking of two strokes in the past tense, Yamaha had a world-wide market to consider, and put a lot of new engineering into the 1976 RD400.  New crankcases were required for the 44 hp twin, and without the counter-balancer required in a four-stroke, resulted in a lightweight power unit.  CDI ignition and rubber engine mounts civilized the new 400.  Chassis and suspension were pretty UJM, but disk brakes and cast wheels were a peek into the future for a small-bore.  Stylists used black mechanicals and chrome exhaust to highlight the tank color. 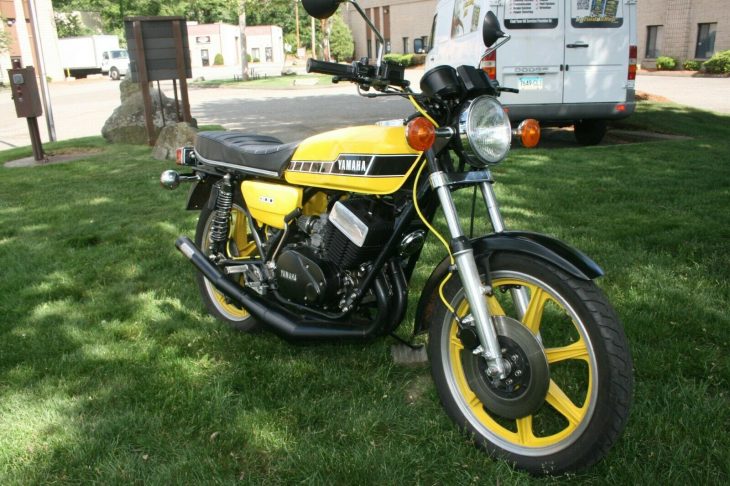 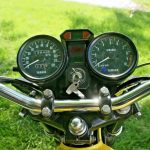 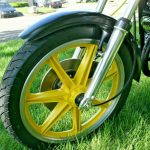 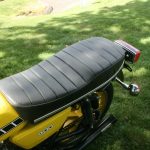 Offered by a southern Conn. restoration shop, this RD shows just 15,843 miles and recent rebuild of the engine and pretty much everything else.  The blacked-out fenders and yellow wheels update the looks quite a bit, and performance improvements from the DG expansion chambers, K&N filters and remote reservoir shocks can be anticipated.  Nice list of new or rebuilt components from the eBay auction:

This is a very clean custom eye catching RD400 The engine was rebuilt 2 years ago .50 over.  It has very little mileage since the build. Very Sharp. Very clean. It has some desirable mods for the street.  Tuned and timed. Very quick response, nice power band. 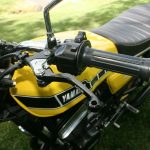 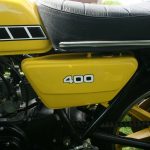 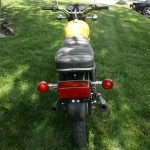 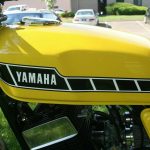 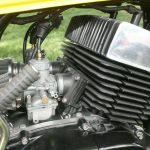 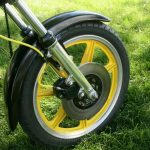 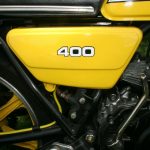 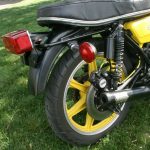 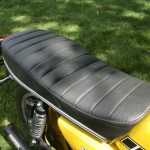 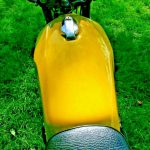 Lighter than everything comparable, the RD400’s non-linear powerband made friends with reviewers at Cycle World, who called it one of the ten best in 1976 and covered it as recently as 1993.  Yamaha kept honing the two-stroke twin, going back down to a 350, adding catalysts and liquid cooling.  After the two-wheeler was retired in 1995, the powertrain lived on in the Banshee quad, and helped parts availability for RD owners.  This example has a few days to run and hasn’t met the reserve, but the sensible restoration looks good enough to get there. 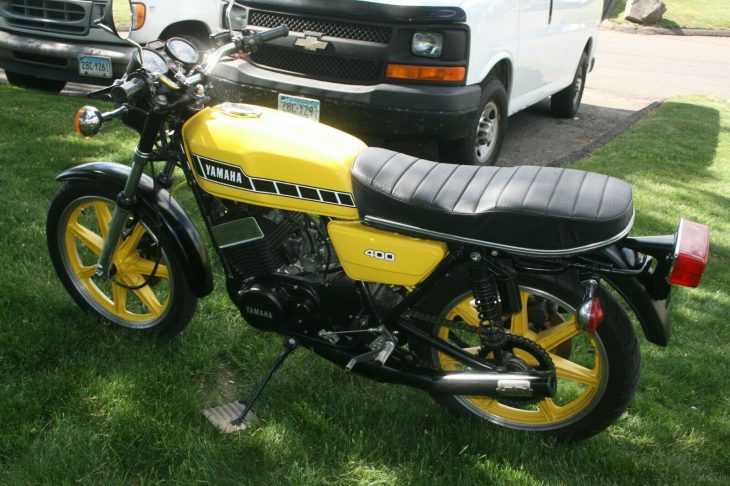