Moto Guzzi went back to the drawing board to meet emissions ( noise mostly ) constraints, and heavily revised the 850 Le Mans, keeping the air-cooled V-twin, but quieting some of the noise and critics. 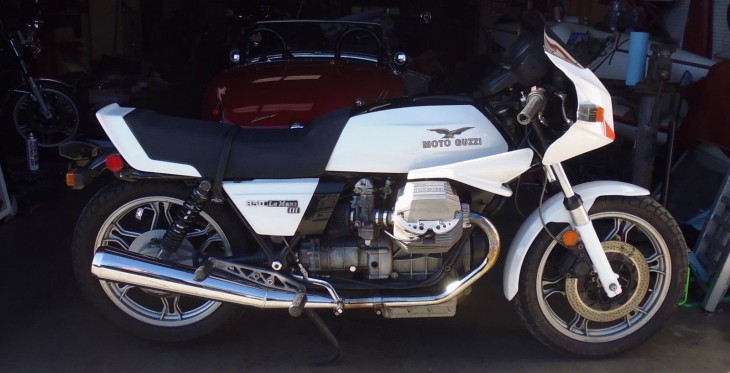 Revisions to the engine and bodywork led the way for the Mark 3, the angular headed 2-valve twin generating 81 hp.  Angles dominate the fairing design as well, the bikini doing a nice job protecting the rider, and connecting the angular design to the fuel tank and seat fairing.  Guzzi traditions like Dell’Orto carburetors, linked brake system, and shaft drive are retained.  New ideas are there, like air-adjustable suspension and the crankcase vent routed through the frame tube to reduce noise. 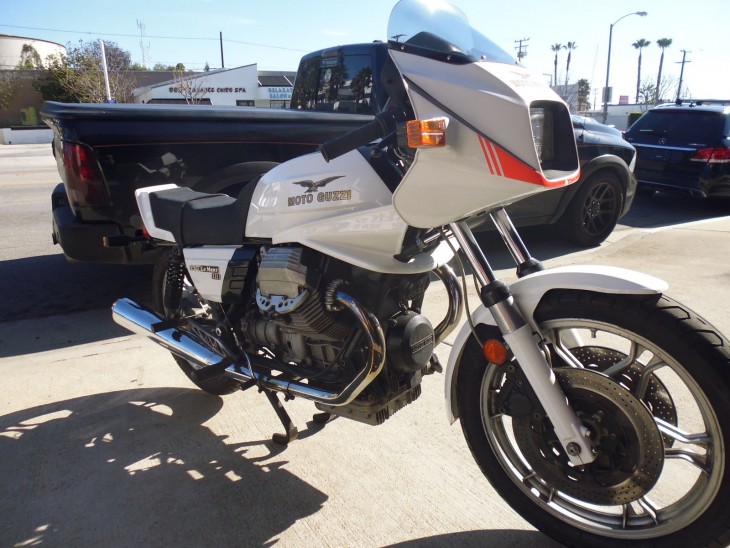 Under new ownership, the Le Mans offered here has had a little freshening up, and looks good for its 29,000 miles.  Substantially stock, I’m liking those head guards.  From the eBay auction:

The bike is very unmolested, all the cables, grommets, fasteners, clips etc are as from the factory (except the valve cover fasteners which I replaced with stainless and the odd nut here and there). The bike hasn’t been apart or messed with. All switches, idiot lights, horn and turn signals work. The mileage is correct. The bike was owned by a lady for 20 years who really looked after it and just rode it. The bike sat for 5 years before I bought it.

I’ve owned it for a year and a half and in that time done the following work: repainted the original bodywork. Fairing decal set from MG Cycle. Tank has no dents and has the original factory paint. New crossover and fuel lines. Carb rebuild and set up. Full service and oil change with filter and FAC front dampers in the last week. I’ve put approximately 3K miles on the bike and it runs flawlessly.

Prior upgrades were stainless brake lines, Koni shocks and a Dyna ignition. 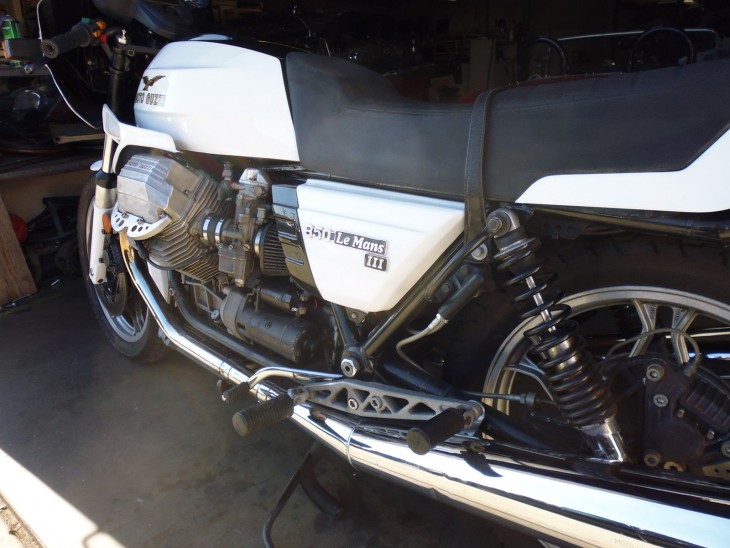 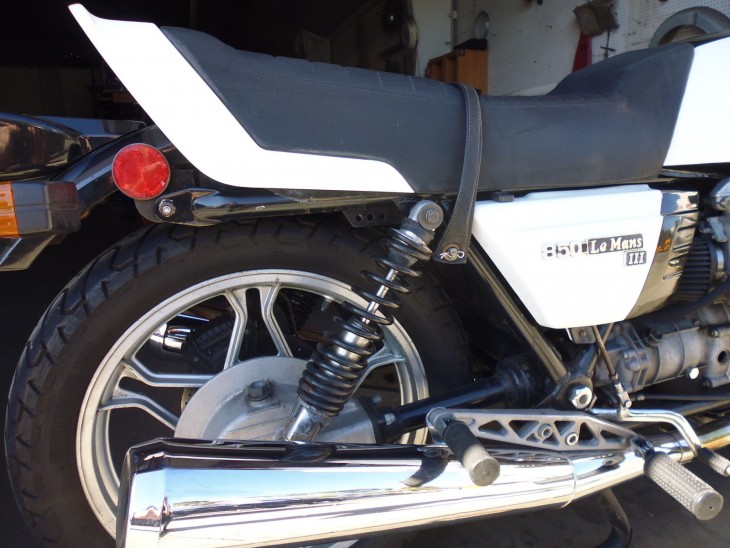 Moto Guzzi ignored the arrival of the Interceptors, GS’s and GPz’s, and stuck by their sport bike principles and their fans.  The heavyweight tested as a fun, stable ride, and once the air suspension was set up, a good handler.  The formula has brought Guzzi into the water-cooled, fuel injected era, if not WSBK.  The owner is really into it and has his own Guzzi fan site.  This nicely updated classic will get plenty of attention on the next coffee run…