Lots of young men had Farrah Fawcett posters on their walls in the mid 1970’s, while those with the two-wheeled affliction might’ve had one of a sexy R90S.  The bike was BMW’s return to /S machines and was made only for a few years, but won Daytona and the inaugural AMA SuperBikes championship in 1976 under Reg Pridmore. 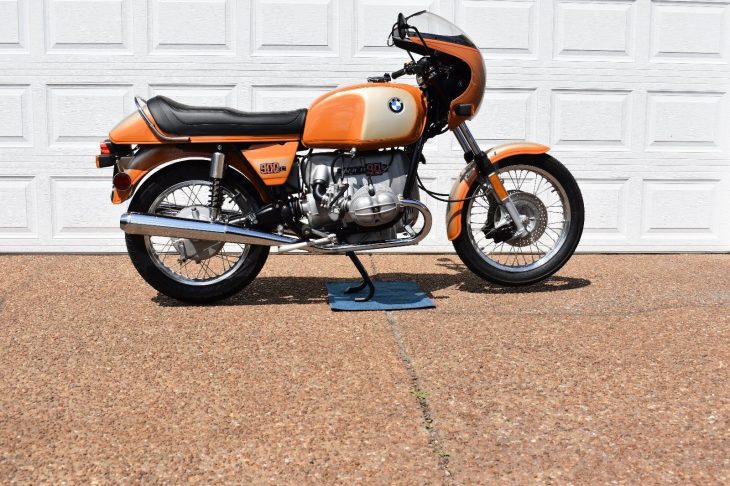 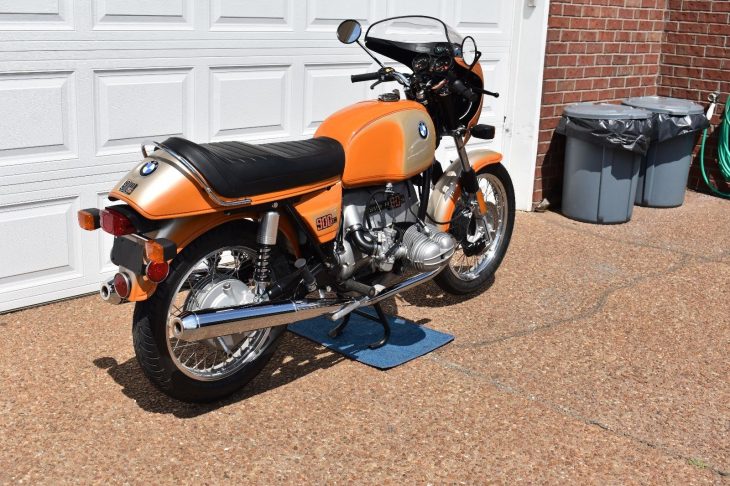 A descendant of BMW’s venerable R75, the R90 was bored out to 898cc’s and the helpful addition of Dell’Orto carburetors brought home 67 hp.  The first production year retained the Type 247 engine’s kickstarter, but the 1975 update deleted that and added drilled brake rotors and a strengthened crankshaft.  The R90S was an early design of Hans Muth, who went on to many machines at BMW and then for Target Design. 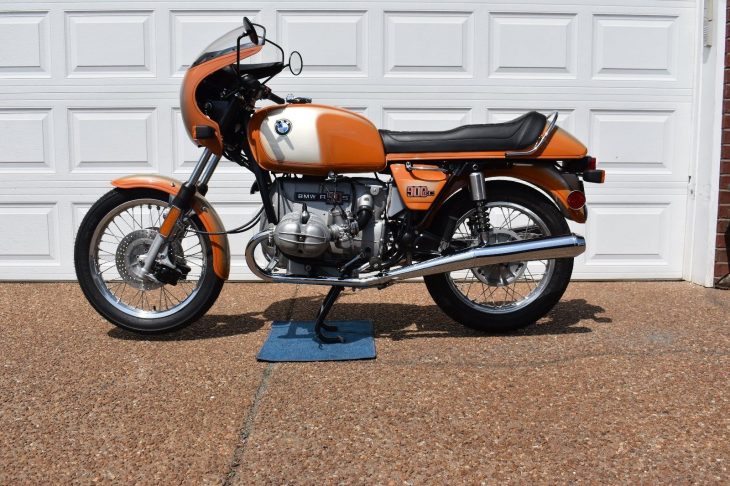 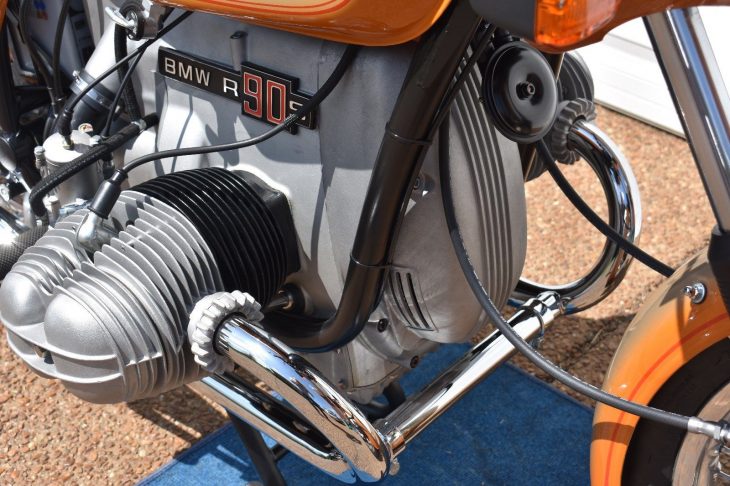 This Tennessee /S has been comprehensively restored, every part NOS or newly painted, polished, or plated.  The owner started with a tired example with a rusty tank and missing its fairing, but has achieved a rare level of mechanical and cosmetic completeness.  From the eBay listing:

Bike was completely taken apart down to the bare frame and ever component rebuilt, restored or replaced. The complete motor, transmission, forks, wheels and carbs were rebuilt by Guenther Wuest in Indiana. He is a well know BMW motorcycle restorer.  Almost ever part replaced was replaced with parts from BMW thru Max. I have all the receipts and most of the packaging they came in.

The only parts that are not BMW are the rear shocks and exhaust. I have all the original parts that were removed and replaced including all fasteners and are included with the sale.  Bike did not have a fairing or mirrors and had some kind of custom seat pad when I received it.  It also only had three aluminum  blinkers with no internals. The original gas tank was rusted beyond use so I went searching for a tank and came across a complete set of Daytona Orange body parts including a fairing.  The parts were re-painted some time ago but are in very good shape.  There are a few small chips on the tank and a couple small cracks on the fairing.

Front wheel was rebuilt with a new rim from Max and stainless steel spokes. The rear wheel was replaced with an original rebuilt Weinmann wheel I bought from Guenther.  Tires are new and wheels are balanced.  Every cable, nut, bolt, clamp, hose, seat, blinkers, bulbs, wires and complete brake system including the master cylinder is new. Also found a NOS tire pump that is included along with some new BMW tools.  Bike has only been ridden maybe 2 miles since completion and it starts right up and runs very smooth. 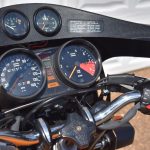 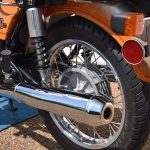 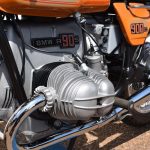 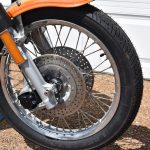 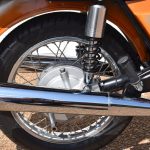 The R90S reviewed as a great all-rounder – not the fastest or most powerful, but handled well and was comfortable to ride through the 6 gallons of fuel on board.  The bikini fairing was borrowed widely though most did not include the thoughtful clock and oil pressure gauge.  The design was soon superseded with fast-paced engineering updates leading to the R100S and RS.  Likely this one will be for show only, though the restoration has prepared it for the road as well… 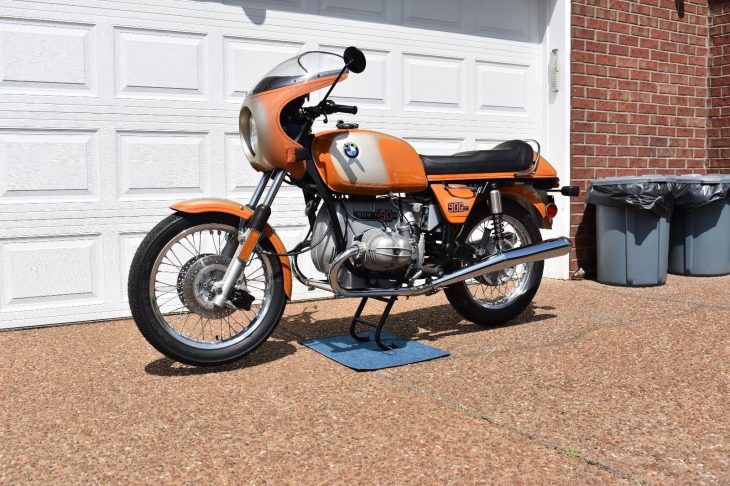 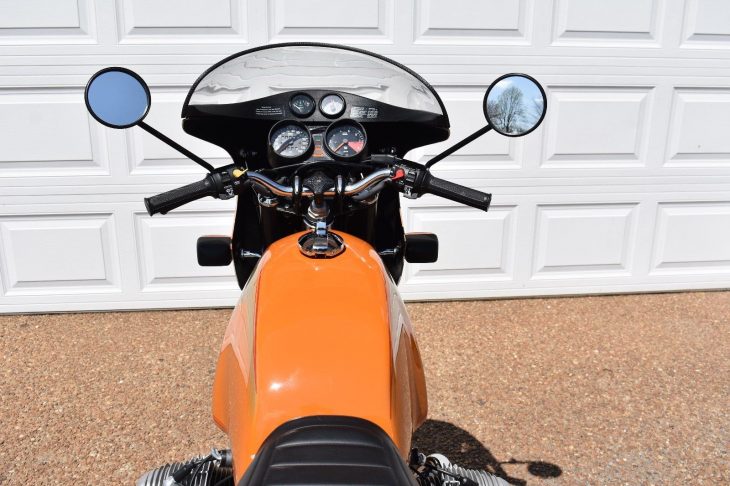