This is a street legal 2009 Aprilia RS125 located in Tucson, Arizona and priced very nicely.  The 2009 Aprilia RS125 was the ultimate two stroke tease; as always, available in Europe as a street bike, the latest in Aprilia two stroke and frame technology, and Aprilia then had the audacity to bring them to U.S. showrooms for us to drool over!  These come to the U.S. with a VIN plate that clearly says for off-road use only, and a title that reiterates that fact however, physically, they are only missing the European wiring harness,  license plate mount, front & rear turn signals, and I believe headlight bulbs to be operationally street legal.  The wiring harness and the title have always been the toughest things to get.  When they were first imported in early 2009 the Euro harnesses were essentially unobtainable unless you knew someone who could purchase and ship one from Europe/U.K.  now they are easily available from AF1 Racing and other sites for around $480.  As everyone knows though, it’s the title that is the problem.  This brings us to this bike, it has the harness–however in the photos it isn’t shown to have turn signals–and was titled and registered from new!  The asking price is $5,000; making it appear that these bikes have begun to depreciate as the street titled ones used to carry an understandable premium over the stock bikes, the price of this current bike is under the original MSRP of the off-road only bikes.  The local Aprilia/Ducati still has–from what I saw–three of these in stock so dealers obviously aren’t sold out of these.  So, to sum it all up, the 2009 RS125s appear to finally be depreciating–including the registered ones–so if you’d like a discounted, street legal, Aprilia RS125; see the ad on NorthAmericanTwoStrokes.com here.  Also, see the bike on WERA here. 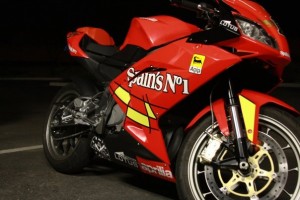 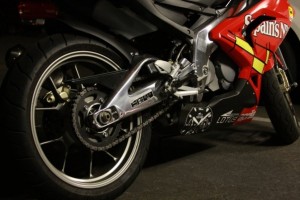 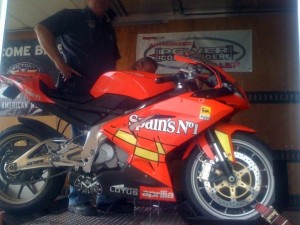