Here’s another titled and road registered 2 stroke for sale in California, a 1989 Yamaha TZR250 I spotted on Craigslist for $5800: 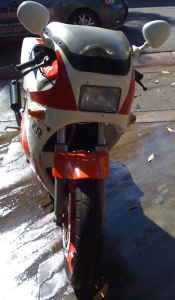 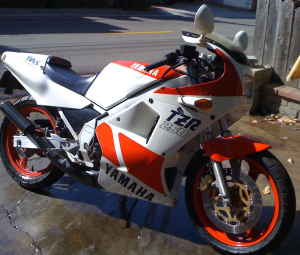 CHECK THE PICS ITS BEAUTIFUL
it has 3000 miles in kilometers

The description of the bike is terrible and I suspect a few of the facts stated to be in question. Mix in a comma or period at least man! Grammar aside, of particular interest is his mention of the 9 digit VIN considering the conversation in the comments recently. Nonetheless, if you’ve been looking for something more affordable than what’s been posted recently, this might be worth the goose chase if you live nearby.