The 851 Kit bike was specially made to race in World Superbike, and here is an example that never was converted to full racing duty. Tricolore Ducati’s are always something special to take note of and this 851 is no exception. Check out this beautiful example being offered by : 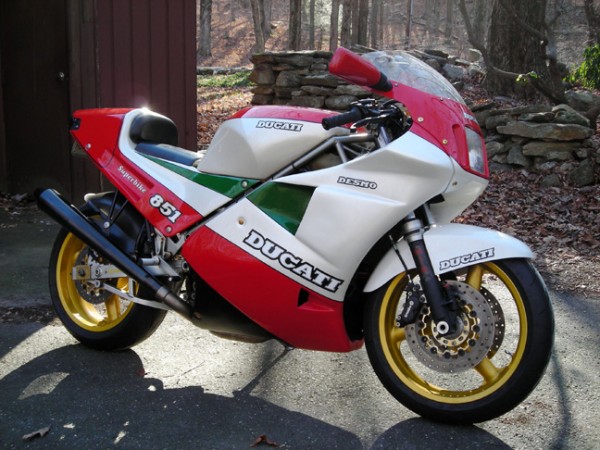 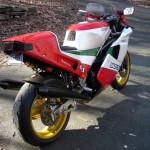 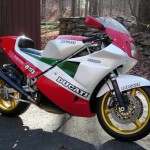 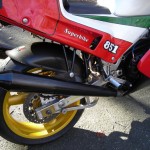 quote from listing on eBay:

The bike is a Ducati 851 Tricolore kit bike 1988. They were brought in as race bikes and had 888 barrels with the kit along with different injectors close ratio transmission braced swing arm etc. I think they made about 200 for homolagation This one has undergone a recent restoration back to original forks, Verlichi big tube exhaust, Marvic rims refinished, new computer, belts service, and carbon fiber body work repainted. The bike looks and runs great. The bike was modified by Ferraci in the early 1990’s for the importer (Alex Wong) with curved racing radiator carbon fiber side panels to fit, ferracci’s rear sets, corsa brake and clutch master cylinders.

As Ducati was a manufacturer producing fewer than 50,000 motorcycles a year, the homologation requirements for World Superbike required 200 units of the 851 to be built for 1988. This homologation machine was known as the 851 Superbike Kit […] Known as the “Tricolore” because of the distinctive red, white and green color scheme, 207 Superbike Kits were produced; 54 going to the United States so that the 851 could be homologated for Superbike racing.

Clearly at $25k, this bike is priced for someone who ‘has to have’ this bike as Wayne Carini might say. Most of these are definitely long gone or locked away, and this one has a nice history and documentation to go with.