I know this listing has already been posted on the RSBFS Facebook page and on other sites such as laverdaforum.com but this opportunity is too unique to not deserve a post here on the RSBFS mothership site – Marty

Late spring is usually the busiest time for RSBFS as people bring their bikes out of storage and decide they need to “thin the herd” a bit. A good example is the recent listings from seller Whiteknuckle in Springville, Utah who has been offering quite a wide variety of makes, models and conditions.   But over in the Netherlands another collection is up for sale that is truly amazing, the Laverda collection assembled by Mr. Coor Dees.  Apparently after 30+ years of collection Dees has decided to hang it up and the entire collection/museum is now up for sale with over 80 Laverda’s as well as a huge amount of memorabilia such as cutaways of engines.  Also includes is a massive photo archive that tells the story of the Laverda marque decade by decade. Laverda Motorcycle Collection/Museum in the Netherlands

Dees dedication to the Laverda marque has produced possibly the finest long term collection of the north-Italian Laverda marque.  He collected everything related, even artifacts and old machinery showing the agricultural roots of Laverda and his close friendship with the Laverda family allowed him to purchase many of the bikes and associated memorabilia directly from the Laverda factory.  Now, after thirty years of collecting, he feels that it’s finally time to hand over the keys to his amazing collection.

The full list of the bikes that will be included in the sale is available via the link above but below are some some highlights of the offered machines. 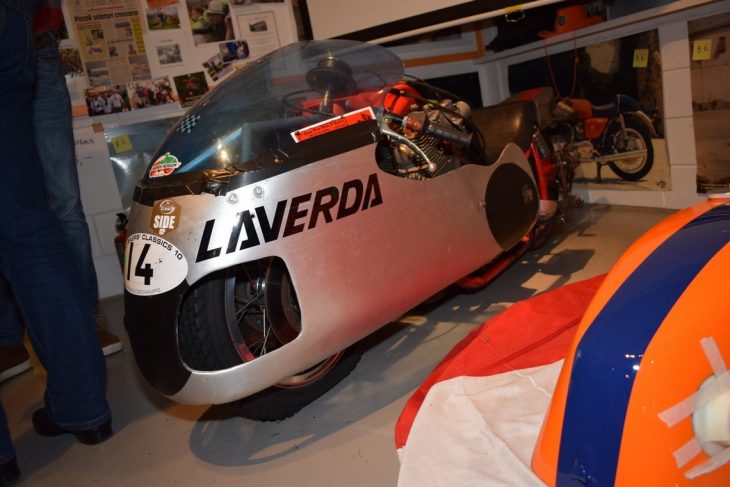 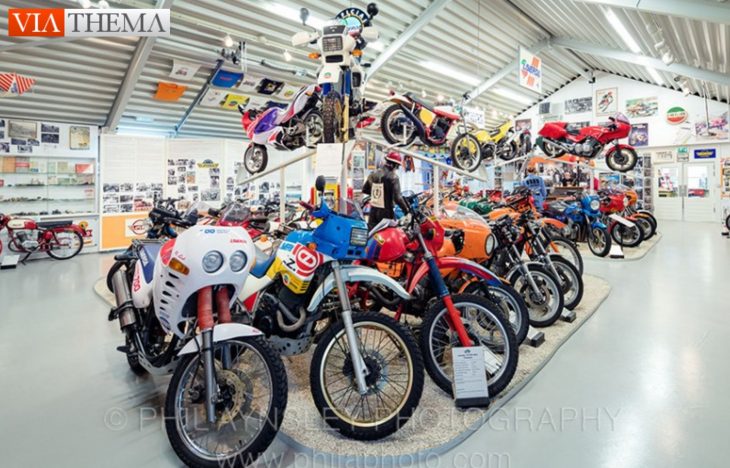 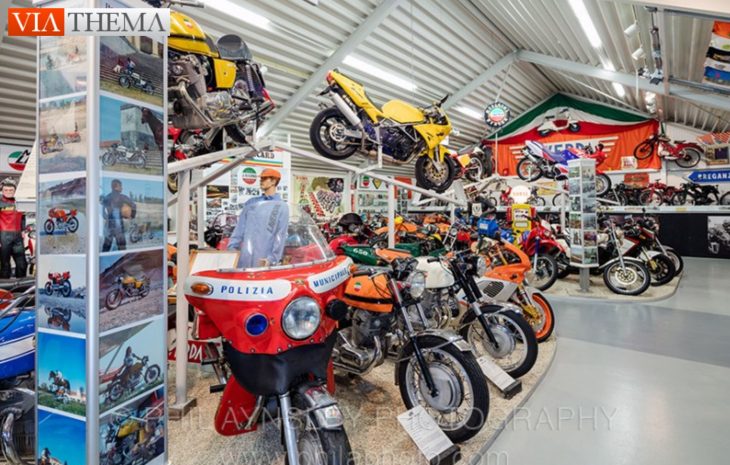 I have to admit I am personally happy to see some Zanè-era models also included as well as some prototypes I have never even heard of.  Amazingly even the original Laverda entrance sign of the old Breganze factory will be included in the sale (200 kg and 4m long, it was in the Laverda factory between 1952 and 2000).

Now before you begin looking through your checkbook, there are a few caveats with this offering.  Though the complete collection is for sale, Mr. Dees will (for now) keep the most significant specimen of Laverda engineering: the legendary Laverda V6.  After eight years of determination Dees has indicated he has almost completed the restoration of the 1991 V6 racer back to its 24-hour endurance race trim.  Dees has also indicated he wishes to continue working on the original 90-degree 1000cc Vee-Six prototype which caused a sensation during its presentation at the 1977 Milano Motorcycle Exhibition.

While not having these bikes in the sales of collection might disuuad some prospective owners, Dees has stated that once these two (of three!) existing Laverda 1000 V-Six machines come up for sale, the new owner of the collection will be given the Right of First Offer to purchase both machines as well as the remaining factory V6 spares and technical drawings. 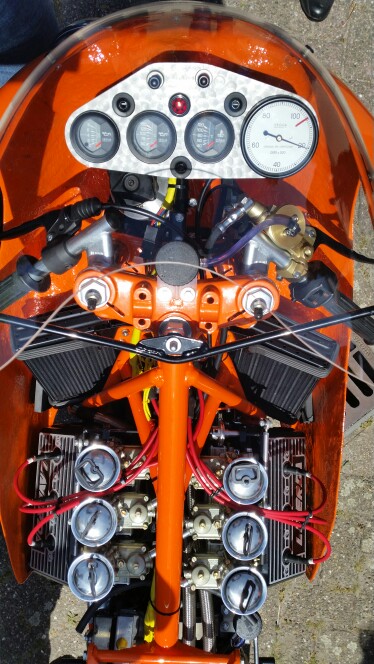 Another caveat of the sales is that the collection has to be maintained.  This could be by being included in a museum or exposed as part of a larger collection of motorcycles but Dees also wants the collection to be based somewhere where there is a strong Laverda community, ideally near the companies home of Breganze, Italy.  Lastly he wants the collection open to the public so it can be admired on a regular basis by visitors from across the world.

It seems safe to assume the sale price for this amazing collection will likely depend on how closely the new owner is able to satisfy Dees requirements.  While Dees has stated he is ready to sell his collection at a very reasonable price if the next owner is a real enthusiast who is willing to exhibit the collection for the next decades, it has been my experience that when a lifetime-effort collection like this is sold what typically happens is the collection is parsed with the highest-end/most notable pieces being added to a major collection (possibly being rotated) while other categories are eventually sold off to collectors more oriented towards those aspects.

Given the size of this collection and the caveats on the sale, I don’t think this one will be going to a private collector.  Perhaps it can be acquired by one of the big museums in Italy such as the Museo Nazionale del Motociclo.  If by some chance it does end up in private hands all I can say is hopefully whomever acquires this amazing collection will at least meet the final caveat of keeping the collection open to the public so fans of the marque can continue to enjoy these Northern-Italian lovelies.