Not far into Suzuki’s water-cooled era, Ram Air Direct became a way to extract just a few extra ponies from 748cc, and were a nice success combined with the new-to-96 alloy twin-beam chassis.  This second-owner Gixxer looks worthy of a little TLC. 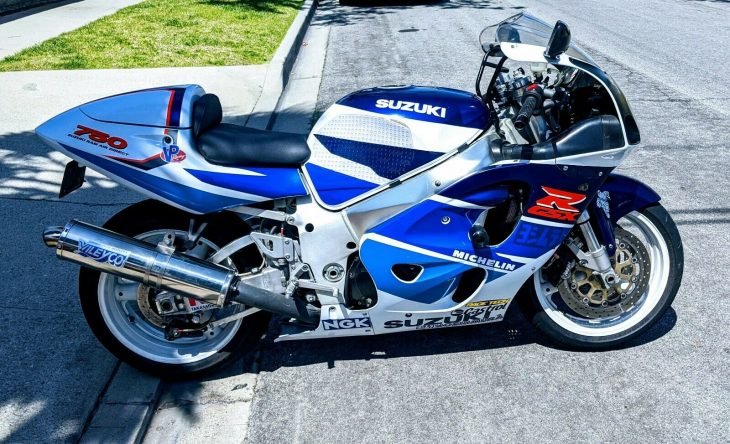 After many years of air/oil-cooled engines, the 128 hp SRAD engine had tighter cylinder spacing, crank-end camshaft drive, and even tilted forward to straighten the intake path, presented a very compact package.  Magnesium covers for the head, starter and clutch helped contain dry weight to under 400 lbs.  The frame and alloy swingarm were an eclectic mix of stampings, extrusions, and castings, and must’ve give the production welders fits.  Multi-adjustable suspension was in place front and rear, and wind-tunnel tested bodywork smoothed airflow. 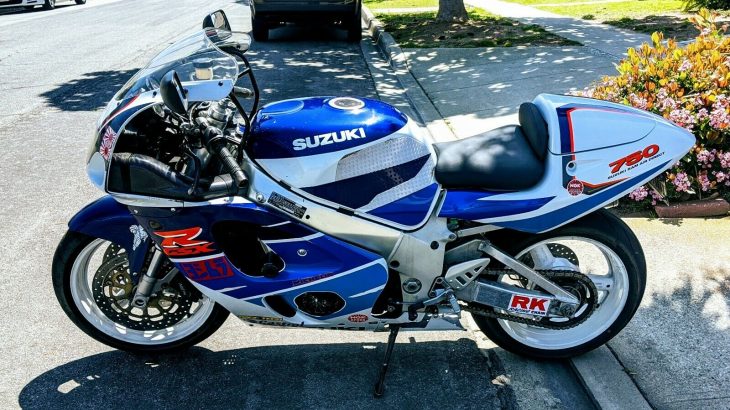 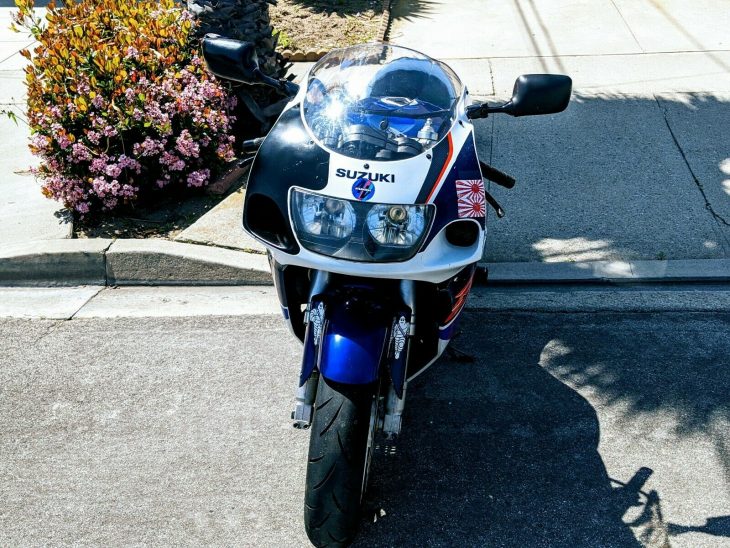 After an owner who seems to have been focused on performance, this GSX-R might respond to a rolling restoration.  Complete and not much in the way of external mods, it has been kept running to a high standard.  Especially the not-so-intuitive brake modification of going to a four-pot caliper to improve feel.  A nice list of mechanical improvements from the eBay auction: 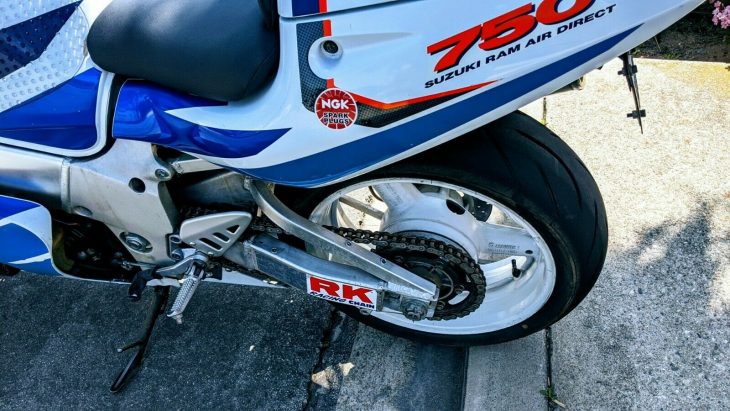 In a segment where lightness never goes out of style, Suzuki injected a bunch into the SRAD models and combined with popular pricing, had a hit.  Hopefully fans will see around the cosmetics of this example and know that the hard work of helping this ’97 survive has been done. 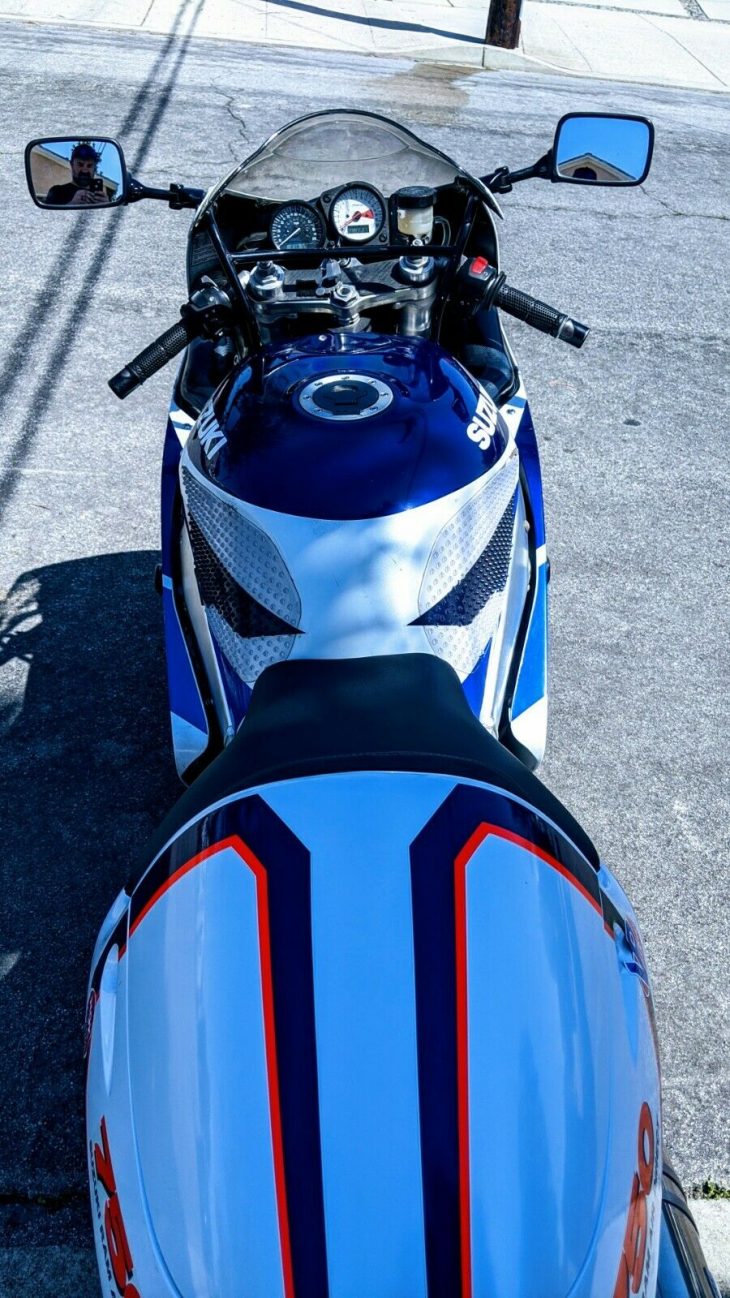