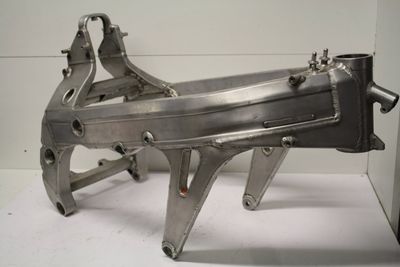 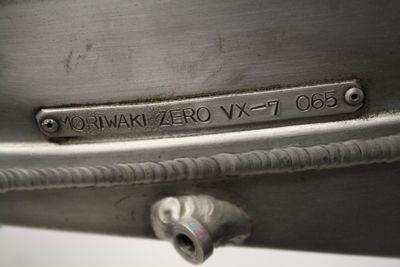 Yes, it is the real deal.  I wonder how many were made. 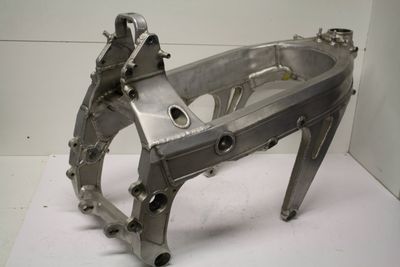 Yes, I’m still excited about it.  Too my amateur eye it looks more robust.   RC30/Moriwaki experts;  point out the differences from OEM for me. 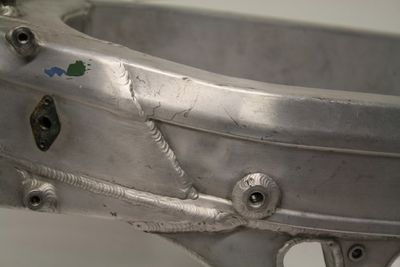 Oh no!!!!  Yeah, she has a slight imperfection.  Mr. Welder; is that even salvageable?  Worth buying or not, I thought it was a cool item to see and I have to thank Dan RC for sharing the link with us on our Facebook page. 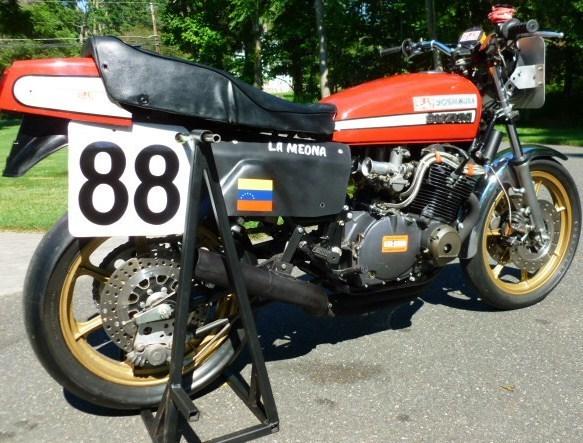 Back in the day when the racing world was being dominated by European brands, the emerging Japanese superbikes needed some outside help in order to become competitive. Perhaps the most famous of these outside tuners was Hideo “Pops” Yoshimura. Working initially as a privateer and later as a factory supported effort, Yoshimura Suzukis climbed to the top of the superbike heap with wins at such prestigious events as Daytona and the 8 hours of Suzuka. If you were a racer in the late 1970s through early 1980s, there was no better ride than a Yosh-prepared Suzuki. Although we lost Pops Yosimura back in 1995, Yoshimura-prepared racers continue to be competitive rides thanks to the efforts of his son who heads up the company. 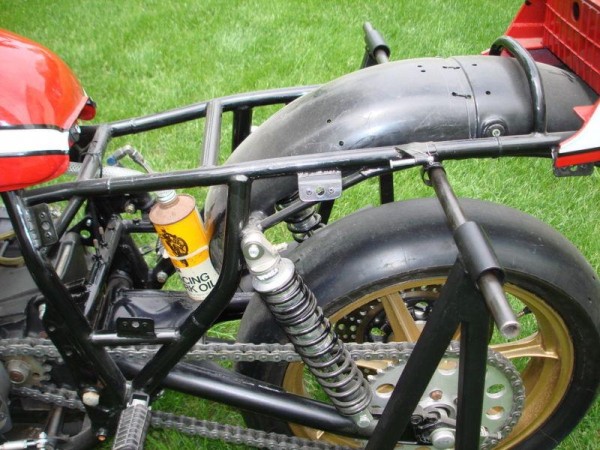 What made a Yoshimura bike so special was not just the engine modifications, the suspension modifications or even the frame strengthening. Instead, it was the way that all of these modifications worked together that made these bikes work so well on the racetrack. With a stout motor (check out the one-off engine case covers in the pics!), wide wheels and slicks, and frame gussets intended to control the savagery, this is still a formidable machine with purposeful good looks to match. 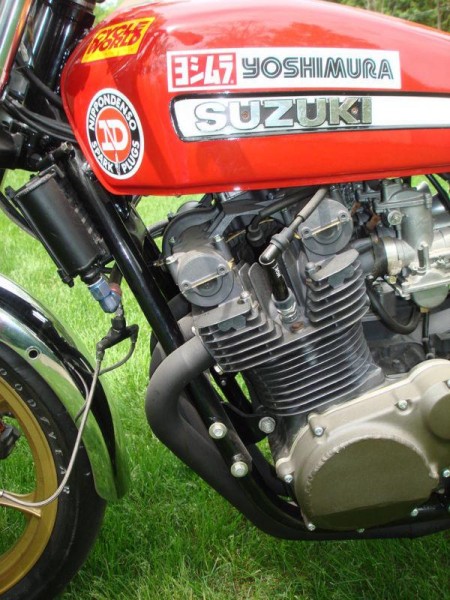 From the seller:
This bike is from a time when number plates were made of metal and Goodyear slick’s were the tire of choice and rules were made to be broken.

On the block,,,,Roberto Pietri’s 1979 AMA Superbike Yoshimura 1000 with a rather odd history with American Honda. Early in 79 Roberto had Pop’s build him a full tilt 1025cc Superbike capable of winning races for the sum of $10,000. Mike Velasco was working at Yosh in 79 and they installed an 1105cc kit for some addition boot.

As the story goes, sometime in mid 79 American Honda announced they were going back into roadracing for the 1980 season with Roberto’s friend Steve McLaughlin as the manager / racer. Honda knew the Suzuki’s were the bike to beat in Superbike as they were winning most of the races. While RSC in Japan was building 4 superbikes for American Honda, Roberto loaned his Yosh racer to the Honda team for evaluation which included dyno time, dragracing at Orange County Raceway, laps at Riverside and maybe even a trip to RSC in Japan. The rear KYB shock’s were sent to Mulhland for their own evaluation. Pop’s Yosh heard about the testing and was upset with Roberto and wouldn’t sell him any spares. Roberto became a factory Honda rider for 1980 for loaning the Suzuki to Honda and knowing the right people.

I purchased the bike around 1998 from a SoCal Racer that had it in storage, it was still missing the rear shocks from 79! I gave it a quick going thru regarding paint, valve adjustment and replaced the clutch plates, it fired right up and sounded healthy.

Has all of the 79 Yosh frame mods, full Yosh motor with close ratio trans, magneto ignition, cams, porting, Keihin CR31 carbs, straight cut gear on clutch and crank ,engine is Kal Garded, the two outer covers I tried to match with some new Kal Gard paint that didnt match to great. New Works performace shocks, Morris Mag’s and Lockheed calipers. In one of the photo’s is a “NO 9” peened into the cases as Yoshimura used to do with cyl heads.

I didnt get a good image of it but some of the paint on the swingarm is crazing from brake fluid being spilt on it, the engine sounds great but should be gone thru and freshend up. 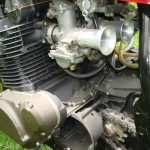 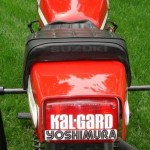 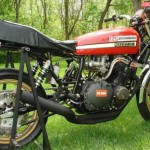 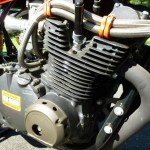 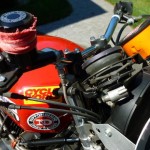 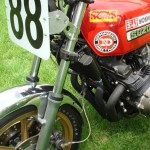 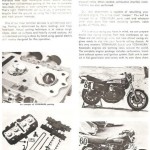 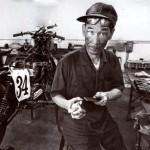 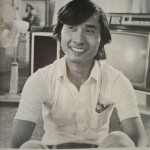 The value of documented racebikes with history will always be solid. In this case, if this is a true Yosh-Suzuki and it was indeed involved in the cloak and dagger events as described by the seller, then value would be higher than other period bikes of the day. As it stands, there have been several interested bidders and the current auction price is at $5,600 with reserve not yet met.

If you are interested in a piece of Superbike racing history, or are looking for a vintage or AHRMA ride that will turn some heads, this Yoshimura Suzuki might just be the ticket. For more information and pictures, click the link and jump over to the auction. Good Luck!