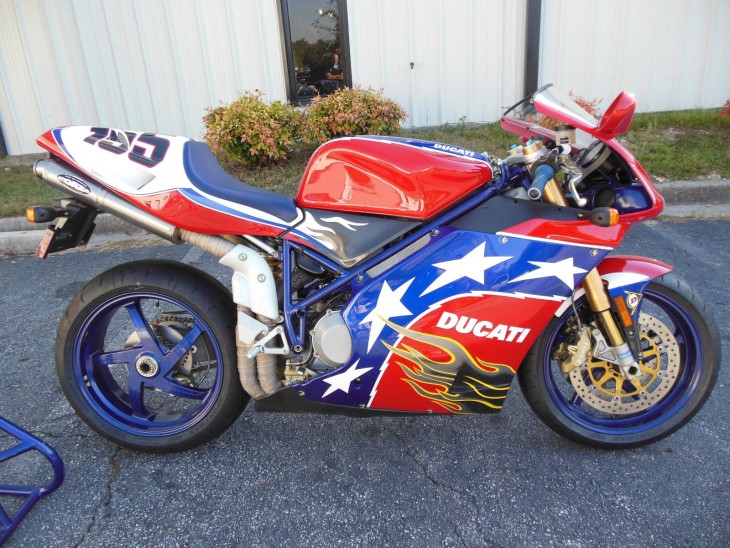 Here is a 2002 Ducati 998 Bostrom replica, a bike which seems to be either a “love-it-or-hate-it” proposition for most RSBFS readers.  While the design graphics have always seemed a bit overdone, the base 998 (already a very good bike) was upgraded for the Bostrom edition with full carbon-fiber bodywork which resulted in a 24 pound weight loss over the standard 998.  The Bostrom edition also came with four-piston brembo brake calipers and upgraded suspensions consisting of Ohlins forks, shocks, and damper (instead of the original Showa’s). This particular Bostrom is located in Norcross Georgia.  The pictures show its #2 in the USA series so there is only a .6 chance of an earlier edition coming up for sale.

The seller indicates that this bike is being sold for a collector.  Condition certainly looks excellent, with a lot of upgrades and some recent service, including the following: 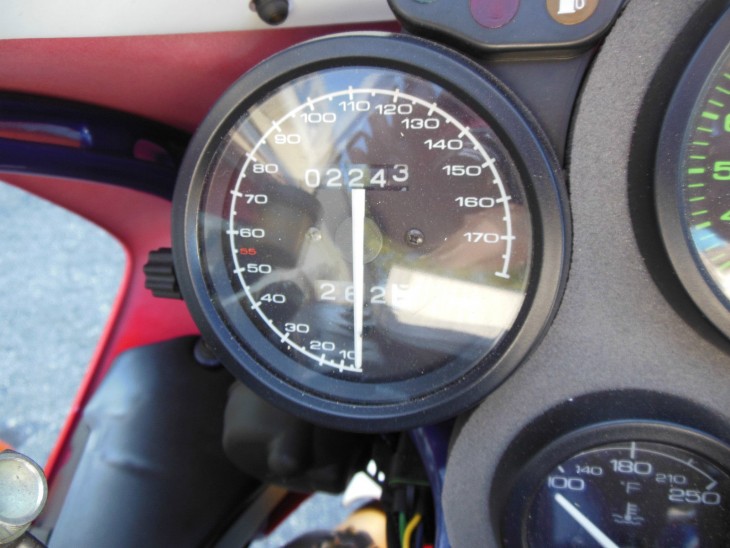 So what is this 2002 Ducati 998 Bostrom edition worth?   Well prices have come down quite a lot from the initial MSRP of $22,695.  Previous posts of these on RSBFS seem to show a value of somewhere between 10,000-13,000 USD and I expect this bike bike to go for somewhere in that range.  Personally I think that price would be more than fair for what is essentially an upgraded 998 with some nice aftermarket add-ons, very low mileage and recent service.

One final thought – you can say what you will about the Bostrom editions but they certainly are true rare sportbikes.  I cant remember the last time I saw one at bike night and the last on of these we saw here on RSBFS was back in late 2013.  I think its safe to say any prospective buyer doesn’t have to be concerned with a better deal coming along in the near future. 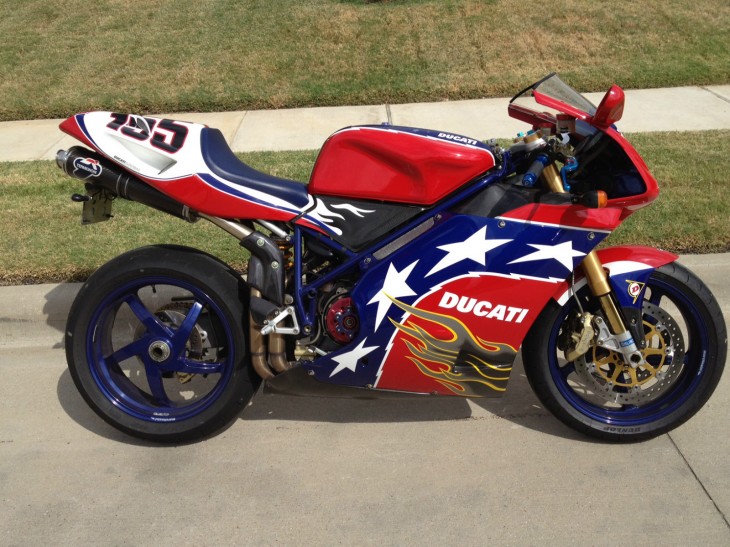 The Ben Bostrom replica is one of the more polarizing reps amongst our readers. The haters cite that it’s just another number plate special with questionable looking graphics, and they’re not wrong. But Bostrom fans consider it a fantastic piece of memorabilia that also happens to be Ducati 998S, a model that no one has issue with! If you find yourself in the later camp, check out this example that has covered just 5k miles. It has some upgrades but includes the stock parts to return to original. 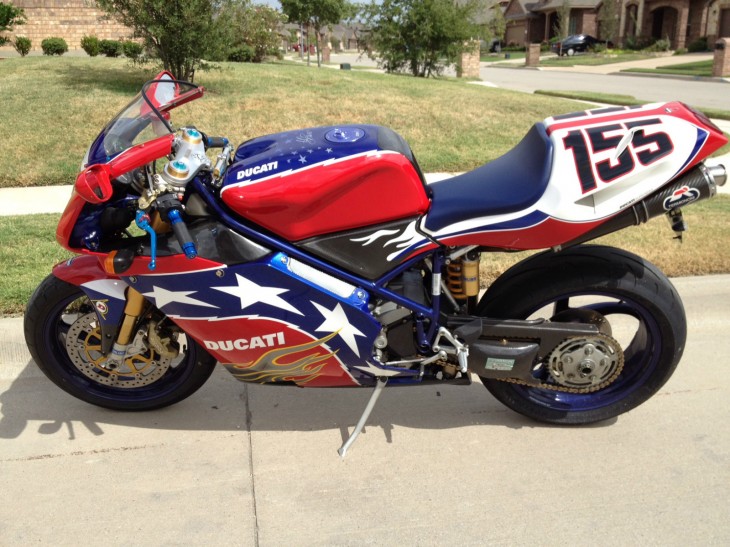 Current mileage is 5080 of which about 180 were put on last weekend during. As you can calculate, I have put on 746 miles in the last 2.5 years and 180 were last week. Needless to say, I did not ride this bike very much. I have a few other bikes and worked overseas a lot, so this was displayed more than ridden.

I have done some tasteful modifications to the bike, but nothing is permanent. Current mods include:

I have all the stock parts (minus the original license plate holder) and have a brand new pair of OEM blue grips still in the box (impossible to find new ones). I also have a red Ducati stretch cover I will throw in and bike comes with the original stock blue swing arm stand. Additionally, I have the original Ben Bostrom bike cover at an ADDITIONAL COST. It is near new and took me three years to find one for sale.

Info…I tried to take close-ups of any scratches/rubs. I found 4-5 marks on the bike. Some pics are hard to see, but I took them of anything questionable. As you can see, very, very minor rubs/scratches for a 13 year old bike. The most noticeable is the one on the tail piece…smaller than pinky finger nail, but it is there. It appears to be from swinging leg over…was there when I bought the bike. I had the small clamp on the damper custom made due to the original one not working properly. I still have the original piece. I can assure you that you would be hard pressed to find another Bostrom with these miles in this shape. I would put the condition of this bike against any Bostrom with 1500 miles. 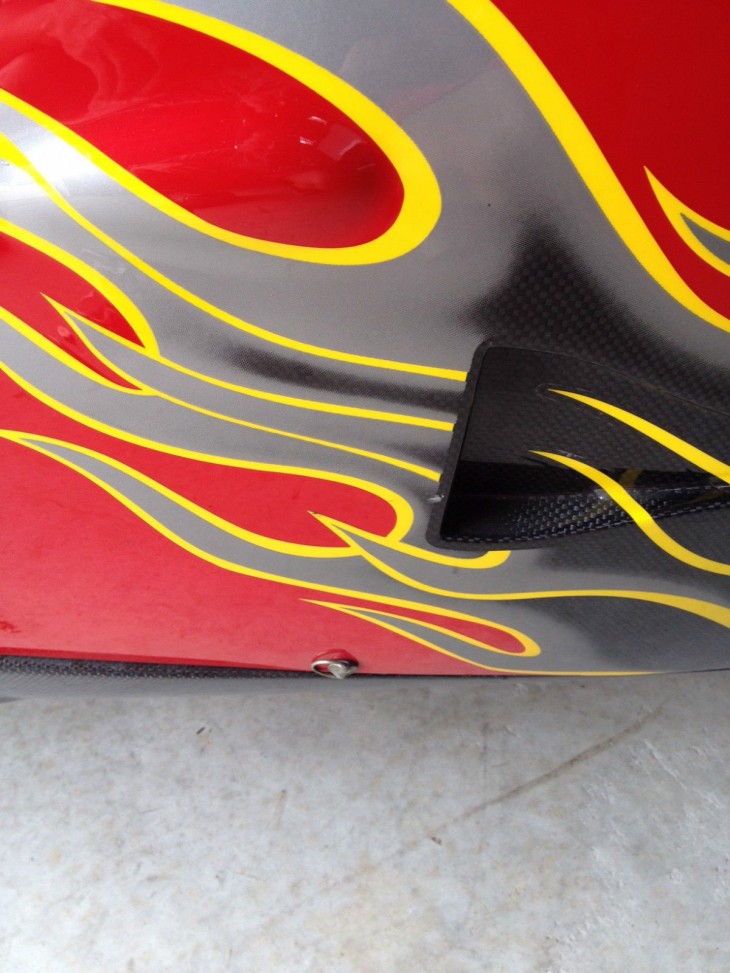 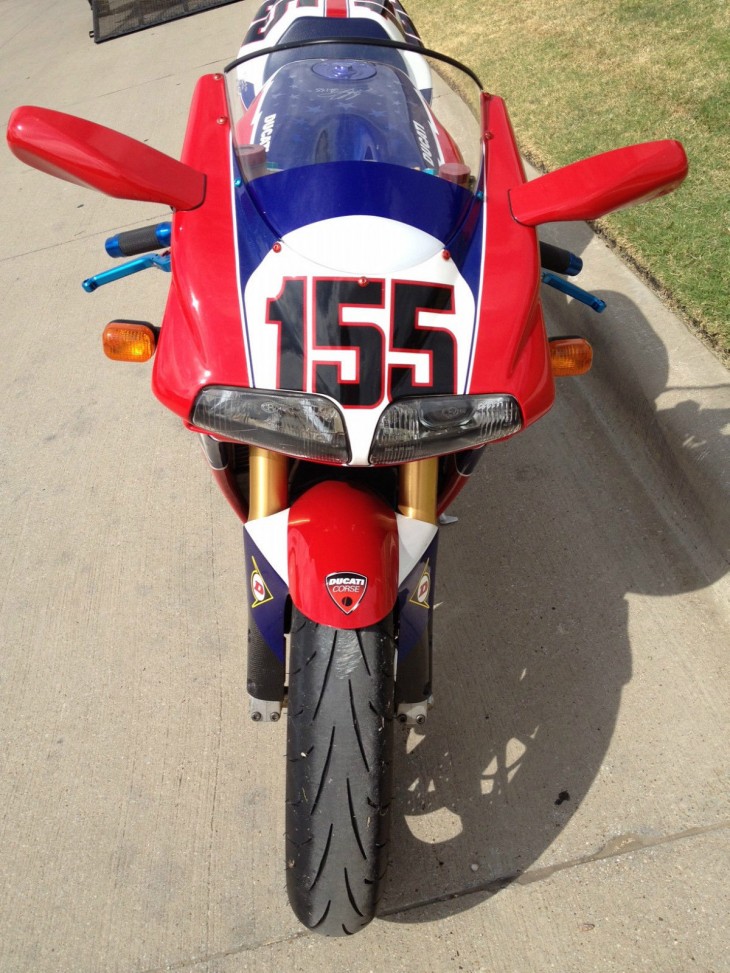