Honda produced the CBX-1000 from 1978-1982 and it was intended to be their flagship model… and how could it not be?  With that big beautiful inline six and the trademark six headers it was showing off without even trying.  The CBX made 102hp and with it’s surprisingly sharp handling, the big Honda was almost universally praised by anybody who rode it.  Unfortunately, it was a little more expensive than many wallets could handle and it didn’t sell as well as the lesser CB900 and disappeared after just four short years.  If you have been paying attention the collector’s market recently, you’re undoubtedly aware that CBX prices are skyrocketing right now.  Later CBX’s were detuned by anywhere from 5-20hp, depending on whom you believe, and the loss of HP did not go unnoticed.  As such, the early years have become the more desirable of the bunch.  This is certainly a fine example and the seller’s asking price reflects that.  It will be interesting to see if it actually sells for $15,000! 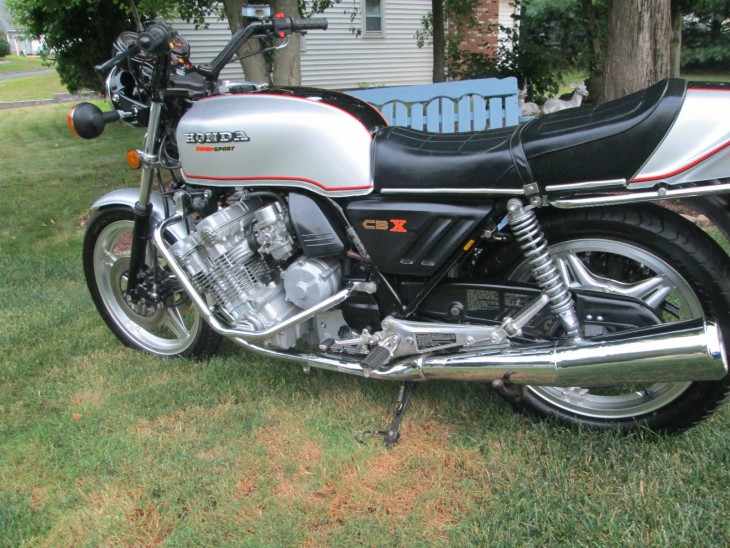 Super nice example of a 1979 Honda CBX100
i  got this from the original owner a few years back…..as you can see…..it is in exceptional condition …….it runs perfectly, has a new battery , fresh fluids   and the tires are like new…….what is exceptional on this bike is the Vin number ,,,,,it is 269….very early in the production, making it highly collectable
the exhaust is original, however it was show chromed a few years ago…….and they look great
the paint is in perfect shape!……bike runs mint, has a clear title  and is ready to go 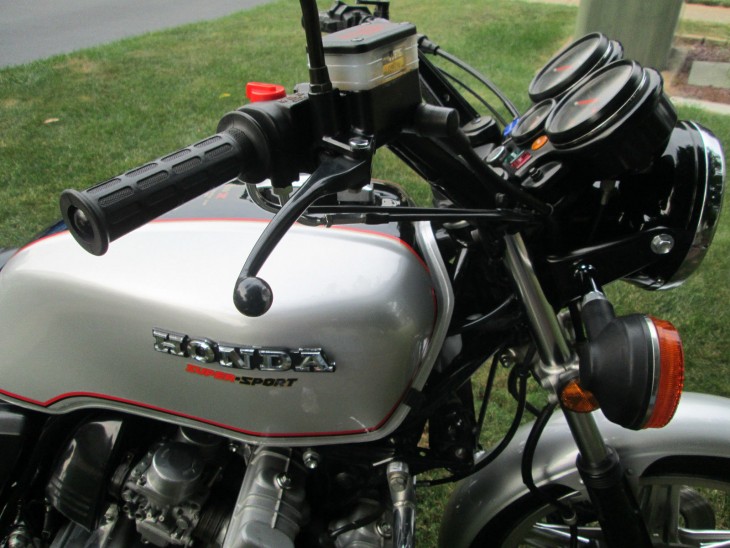