Developed from the TT600 but returning to Triumph’s 3-cylinder roots, the Daytona 675 was a brilliant middleweight. The SE was primarily a black and gold color exercise but this one looks great with low miles. 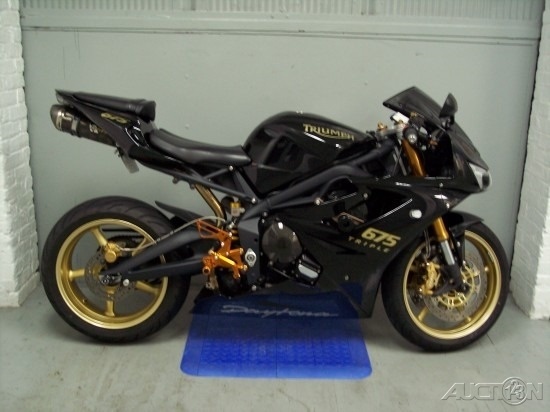 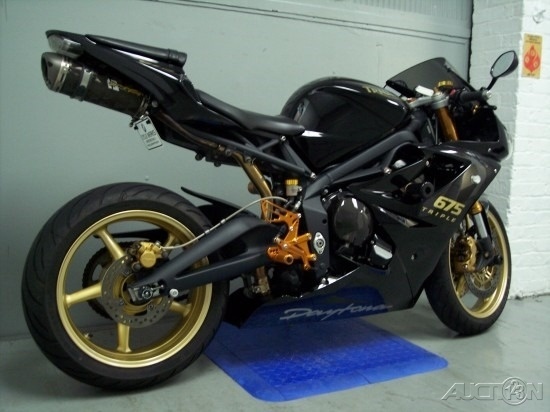 The 675cc triple is quite oversquare and claims 123 hp in a smooth way.  The twin aluminum spar frame has a matching swingarm and fully adjustable suspension on both ends.  The design also uses radially mounted front brakes and 3-into-1 underseat exhaust.  Weight has been kept under control and the 675 is capable of an 11-second quarter. 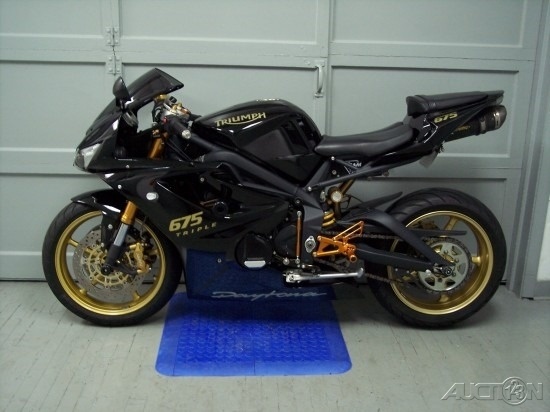 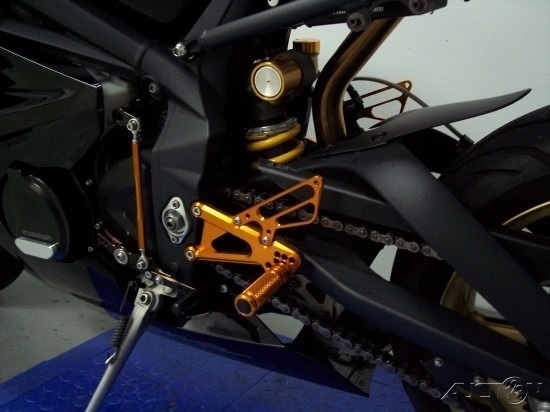 Coming out of an Illinois dealer, this SE looks cared for and has just over 13,000 miles.  The aftermarket rearsets are a good color match for the fork tubes and it has a Two Brothers exhaust fitted.  From the eBay auction:

This 2008 Triumph 675 Daytona Special Edition has only 13,113 miles and has had all of its maintenance performed. This bike is immaculate and comes with frame sliders, axle sliders, tinted shield, Two Brothers exhaust, and much more. This bike is ready to ride and all it needs is a good home! 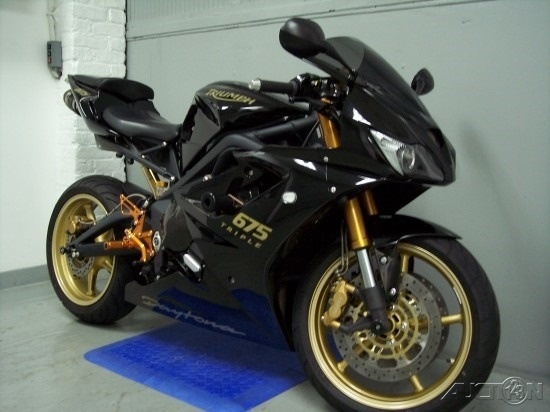 The 675 scored well with journalists and went on to racing success in super stock classes under many privateers.  A nice success for Triumph, and still an interesting find in the 600cc neighborhood.  The SE has classic good looks and this trade-in looks like a nice example… 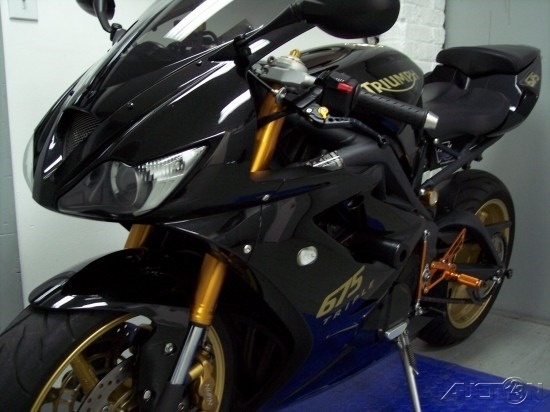 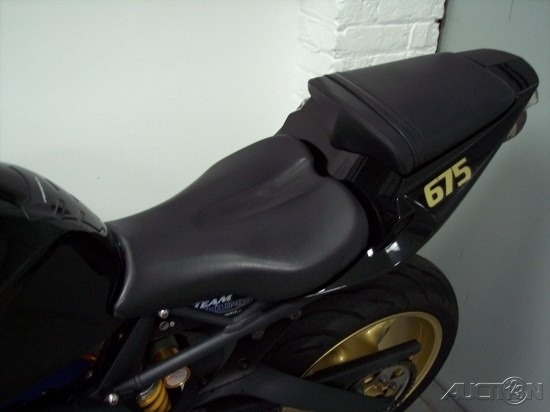