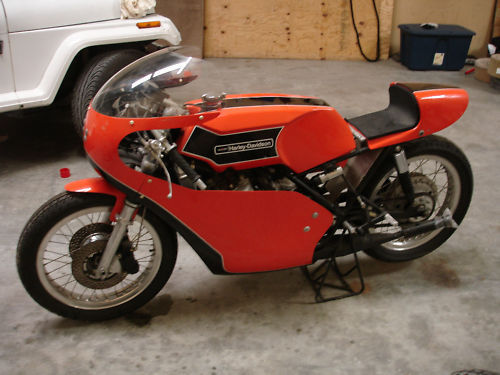 We first saw this bike (I believe it’s the same one) in 2011 when Ian wrote it up in a post he titled The 70′s, HD And Things That Rattle: 1974 Harley-Davidson RR350 (Aermacchi 350). It looks to be back with some update photographs. At the time it was bid up past $27k and the reserve wasn’t met. I don’t know if it sold privately or if this is the same seller, but this time it’s wearing a buy-it-now of $25k — which is down from the $33,500 from just a few days ago when the listing started. 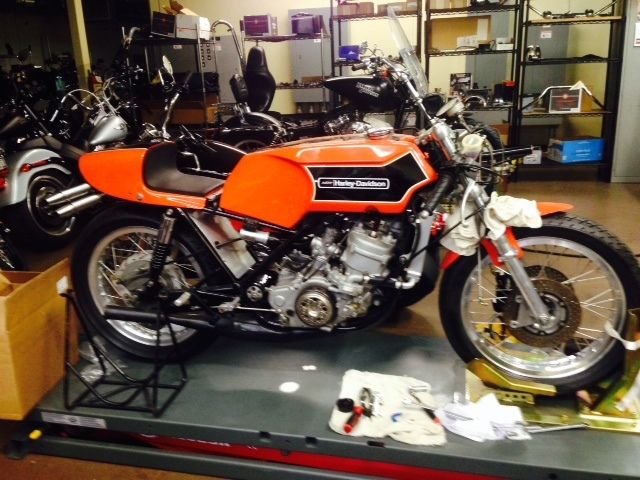 The RR350 Racer is one of 26 originally made. These racers were hand built in the Aermacchi Harley-Davidson plant in Varese, Italy for the sole purpose of road racing. This bike has the twin disc front brakes, double leading shoe rear brakes, 6 speed transmission, Ceriani forks, water cooled, Dansi electronic ignition and is in the legendary Harley-Davidson racing colors. These machines were similar in design and performance to the Yamaha TZ twins and were successful in national events. Harley Davidson imported a number of 250′s to compete in AMA road races, but the 350 is virtually unknown. This bike, the engine is brand new and I have all the documentation to prove that. All hoses have been replaced on radiator and as you see in the photos the brake calibers are being completely rebuilt. The lower and top fairing are flawless and tires are race ready. 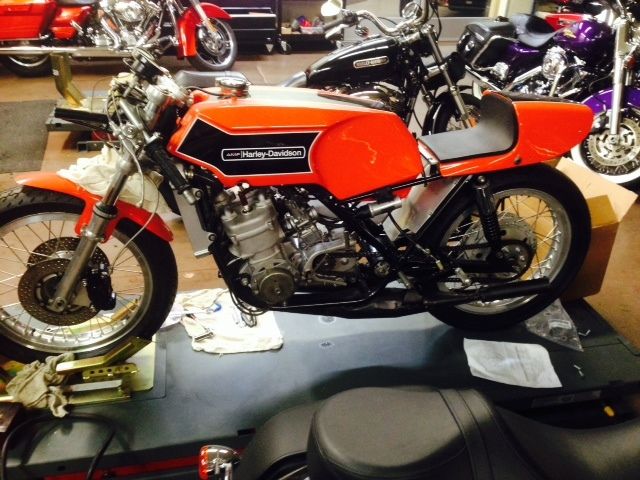