Following the 999 of 2003-06, Ducati returned to a more horizontal look to the superbike with the 1098.  Cadging another 100cc from World SuperBike rulemakers, the 1098 claimed 160 hp, but more importantly a small car-like 90 ft-lbs. of torque.  Improvements were made to the valve train and cooling system, mostly ending overheating and making the 7500-mile valve clearance inspection less likely to result in a shim change. 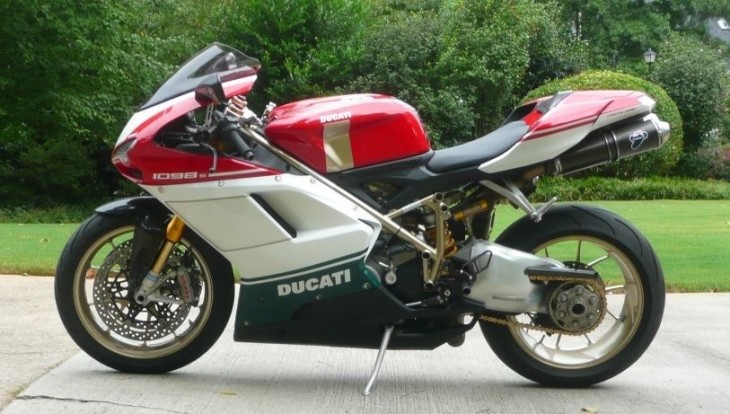 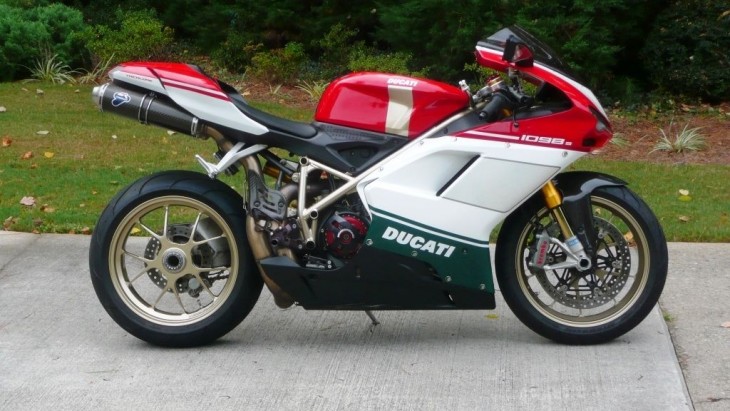 The superbike that for some time claimed the best street-legal torque over weight ratio, the 1098S is capable of an 11-second quarter mile and 170 mph, leading some to say it’s too much for the street.  The gold trellis frame and Marchesini  forged alloys have the chops to keep up.  All-Ohlins suspension helps out, with 43mm upside-down forks and monoshock on the single-sided swingarm.  Front brakes are 330mm with 4-piston calipers, and the rear is 245mm.  The two-into-one-into-two exhaust begins with a catalyst and ends with twin Termignoni carbon silencers. 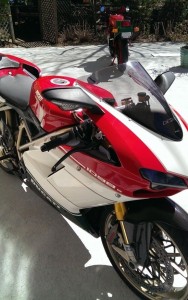 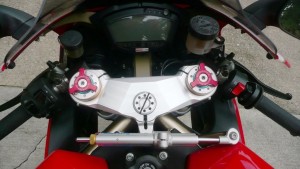 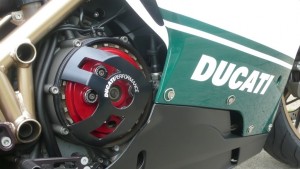 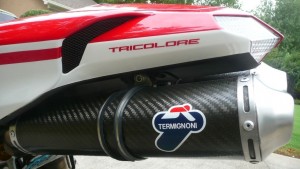 Originally owned by Yankee outfielder Bernie Williams, this 1098 has been treated to some nice updates and is looking for its fourth owner.  The second owner put most of the 12,500 miles on, and the third appears to have kept up with the maintenance.  Along the way it’s acquired a few bumps but nothing major.  From the eBay auction: 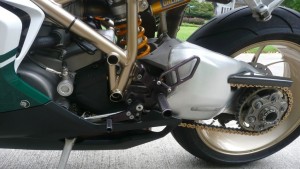 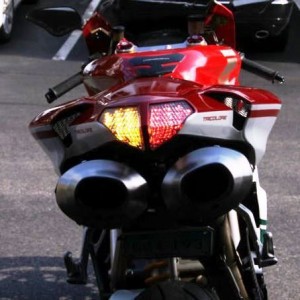 Tricolore editions number less than 1,000 and this distinctive paint will look super when the faux pas are taken care of.  The 1098 actually had a run even shorter than the 999, giving way to the 1198 after 2008.  With the factory upgrades to the model and the number of quality mods done, this 1098 should be a keeper, and more importantly a rider…