The last generation Laverdas aren’t commanding prices anywhere near the 70’s/Breganze era bikes but that could begin to change pretty quick. Often referred to as Zane era bikes (due to the the factory moving to the town of Zane), the last generation Laverda bikes had a Nico Bakker designed frame, Marchesini wheels, Brembo brakes, Paoli forks and shocks, and a cool letterbox fuel tank system that caused the center of gravity to improve as the fuel level went down. Overall they were well designed and were strong performance competitors to the 750 Ducati of the same era. 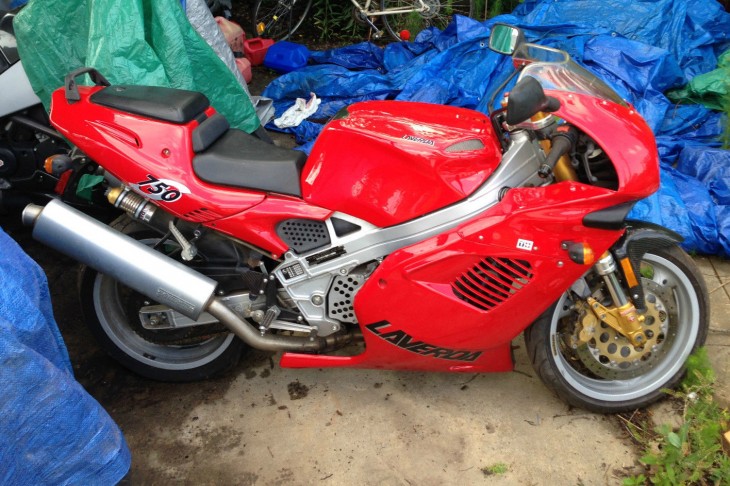 For 1999-2000, there were 4 different 750cc based models offered; the the 750 Strike (a standard style) in mother of pearl blue or orange, the 750 formula in black, the 750S with half-fairings in silver or black, and the 750s Carenata (which means fairing in Italian) in yellow or red. This example is a 99 750s Carenata model with the red bodywork and has very low mileage.

The seller back in 2014 indicated this was part of a collection, and didn’t  include a lot of information.  The pics below are from the previous post while the new seller has provided many more pics from what I can see, the current seller has only replaced the rear tire and possibly done other regular maintenance (such as a battery)… 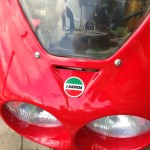 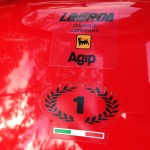 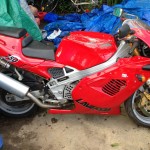 1999 LAVERDA 750 CARENATA in great condition. Never wrecked and clear title! Only two owners and very low mileage! In great condition – only defect is a flat tire (which can easily be replaced for minimal expense). I am an owner selling off my motorcycle collection. I am a motivated seller! Bid now!

This particular bike auction has been listed before on ebay and here on RSBFS with the seller asking for about $6500 usd.  Click here to see that post and related links to the auction but as noted in the post header, the market price for the 750s carenta model seems to be more about $3,500 USD right now.

As regular readers of RSBFS know, I am a big fan of these bikes and I have to admit I personally hope these appreciate in the future.  But given the evidence of this postings history, I don’t know if that’s likely.   I guess this one will appeal to the rider who wants a late 90’s italian sportbike that isn’t a Ducati…