Before returning to the MotoGP top class in 2012, Aprilia tested in the World Endurance Championship with their RSV Mille and 1000 models.  This commemorative is of their efforts at the legendary Bol D’or 24 Hours, held each September in France.  The limited edition color scheme is matched to a quick handling, 143-horse V-twin. 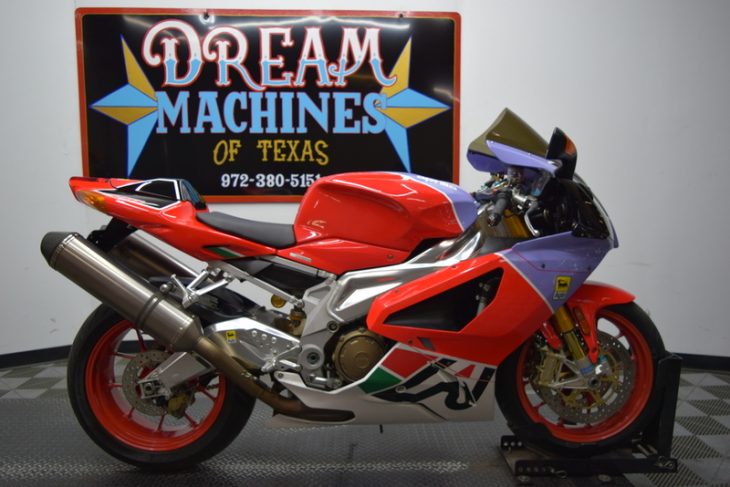 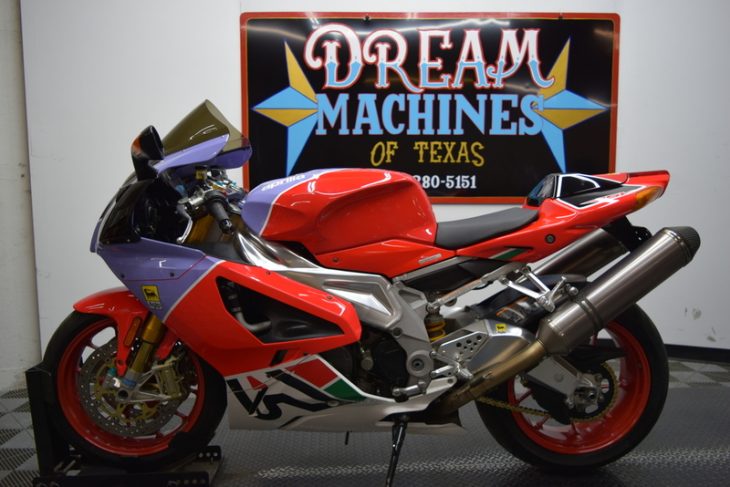 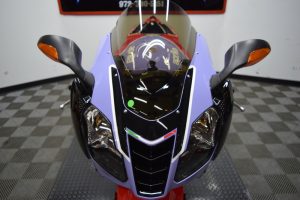 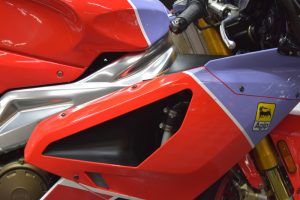 Based on the narrow-V Rotax 998 cc, the RSV 1000 has been at the gym and dieting since the Mille days, with superbike power and weight around 450 lbs ready to ride.  The formed and welded twin-spar frame is matched by the fabricated swingarm.  Premium components from Öhlins,  Sachs, and Brembo set the stage, with adjustable steering damper and pneumatic slipper clutch to complete the running gear.  Sculpted tank and full fairing artfully protect the rider. 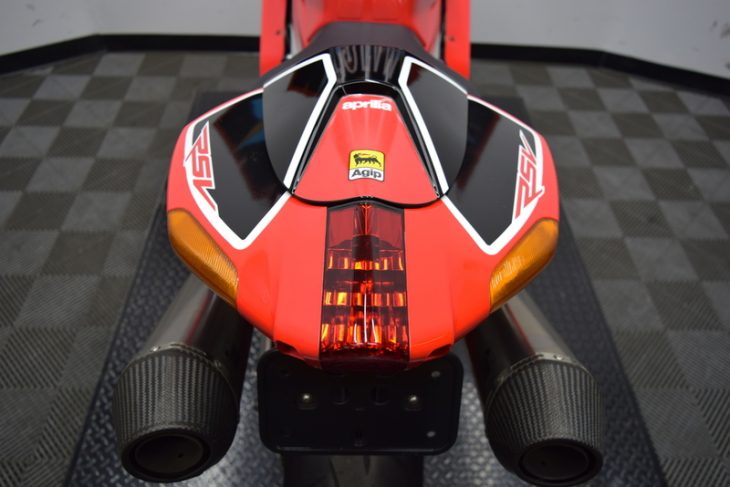 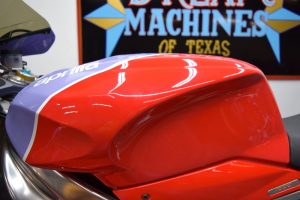 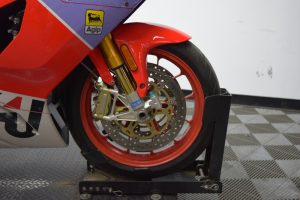 Super clean for its nearly 22,000 miles, this RSV 1000 has a tempting buy-it-now.  The Dallas dealer took plenty of pictures, taking pains to show every bump and scrape, and says this in the eBay auction: 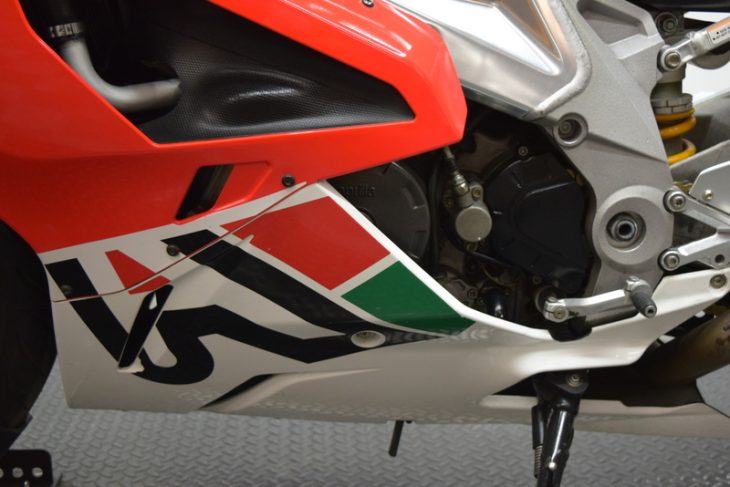 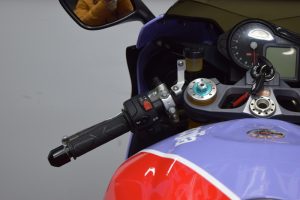 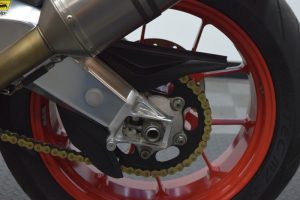 Amazingly, the Bol D’Or was started in 1922 with a single rider receiving the golden bowl until 1953, then a team of two until 1977, and now requiring three riders.  Aprilia has come a similar route, relying on just two cylinders when most endurance racers want four.  Though an FIM title was not in the cards, the lessons learned have served them well in MotoGP.  Trade-offs made in endurance racing also transfer well to the road, and most riders will be challenged to find the RSV’s limits.  Flying the race livery of their semi-privateer endurance racing team, this distinctive Aprilia superbike could be a flashy sleeper, and a nice bargain… 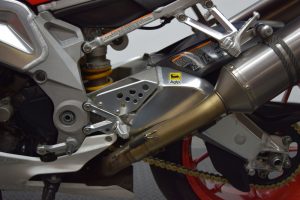 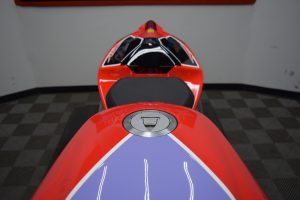 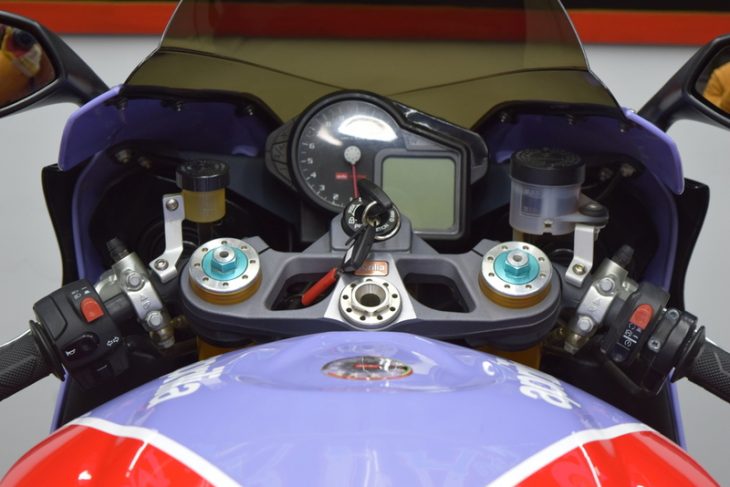