Honda’s just right ( not a supersport, not a liter-plus ) sized CBR900RR set a 1990’s wave in motion. This preservation contender has seen an almost impossibly low number of previous owner mods, and looks all the better for it. 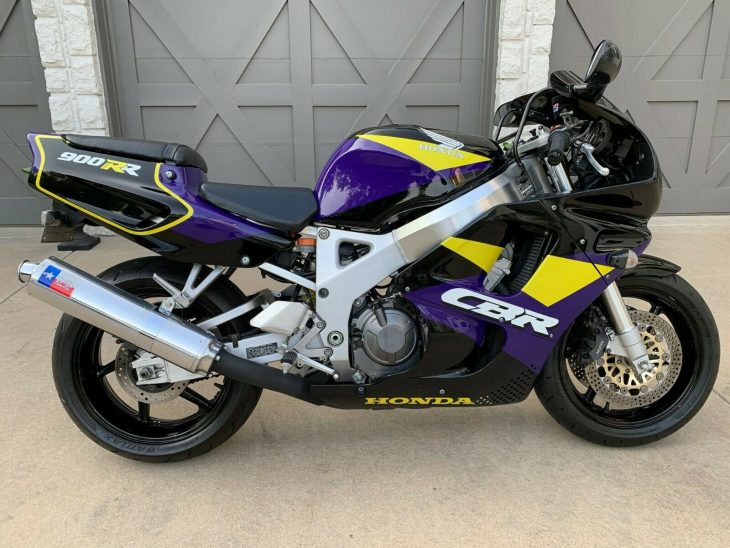 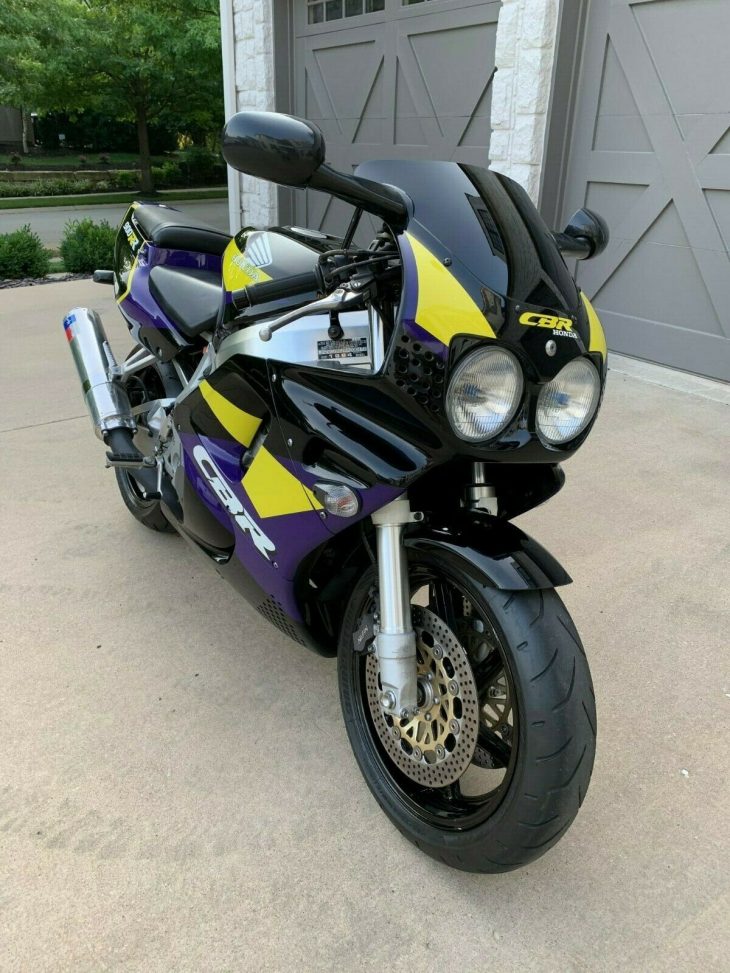 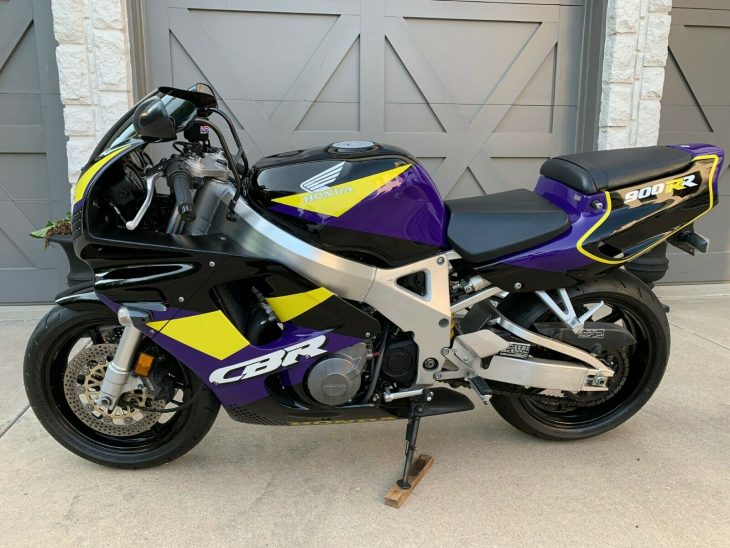 The CBR900RR was legendary Honda designer Tadao Baba’s masterwork, and up-powered a supersport-sized chassis, while doing everything possible to limit weight and centralize mass.  There wasn’t really a racing class for the Fireblade, but the 122 hp and 454 lbs. wet weight turned the win-on-Sunday-sell-on-Monday paradigm on its ear.  Seemingly out of step design choices like the longer stroke engine provided a great torque signature, and forks were conventional but an imperturbable 45mm.  More in step was the 16-inch front wheel, which eased turn-in.  Innovations like the swiss-cheesed fairing areas allowed the Blade to slice through the air at least in theory. 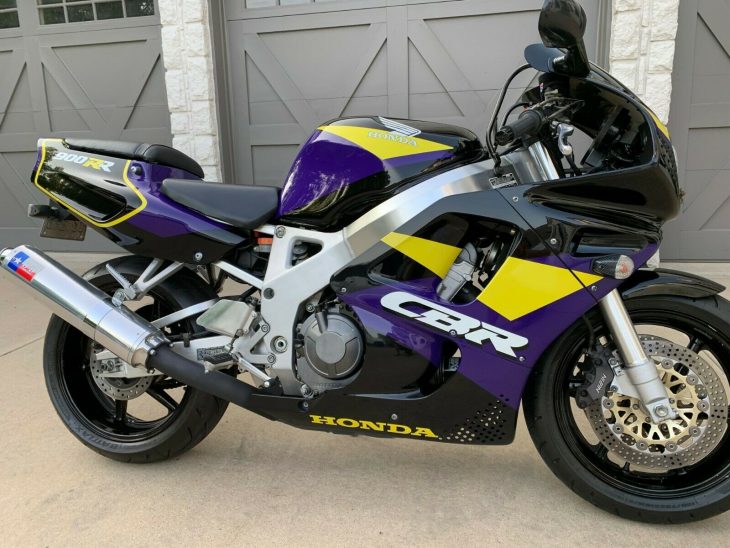 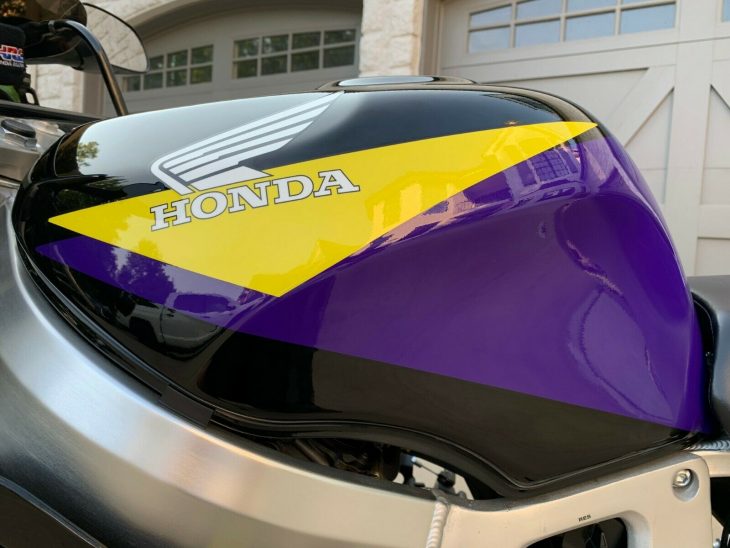 Evidently on only its third owner, this CBR900RR has been very lucky.  The almost 24K miles really had me thinking re-paint, but the metal finishes are so nice maybe it was only ever ridden in flannel footed pj’s.  The outside of the tank is almost as perfect as the inside !  A black windscreen, compulsory tail tidy, and D+D muffler seem like the only acknowledgements to reality.  Not sure what the significance of the fork reflectors is, maybe this owner has a very concours example as well.  From the eBay auction:

3rd owner of this beautiful bike. The plastics and tank are some of the nicest you’ll find on a ’94. She starts right up and rides great. She’s leaving my small collection as I don’t have enough room to keep her. I’ve tried showing a couple of small areas of deficiency; the plastic behind the seat, couple of minor scuffs and the wheels have some small chips. Note: The front reflectors shown a couple of photos are not on the bike or a part of the sale. 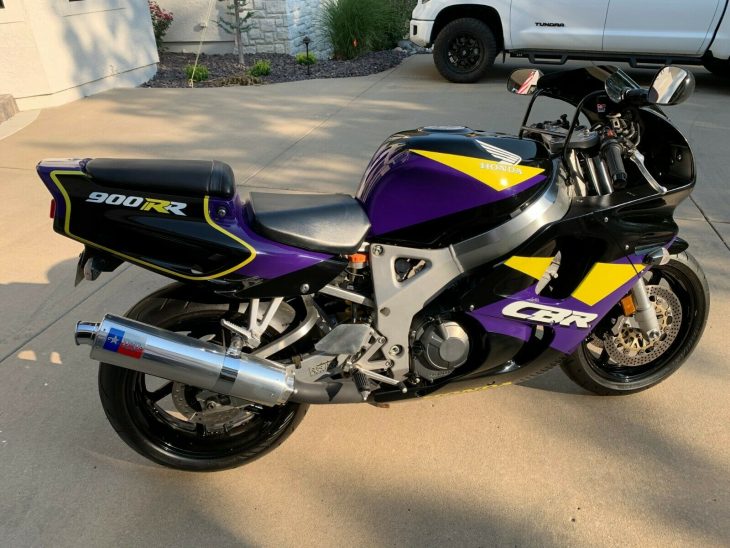 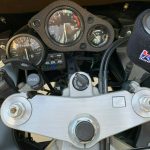 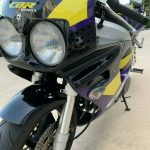 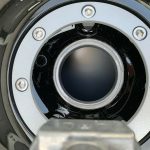 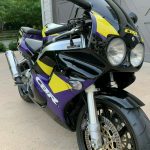 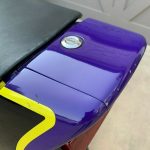 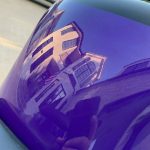 The Fireblade had a nice 11-year run with mostly incremental changes, though styling was modernized early and got pointier as time went on.  Throughout it was a reviewer’s favorite, with great power, brakes and balance.  Not many have survived the years looking so lightly used, and bidding is active early on.  Hopefully the reserve will be be met shortly and we can watch where it goes. 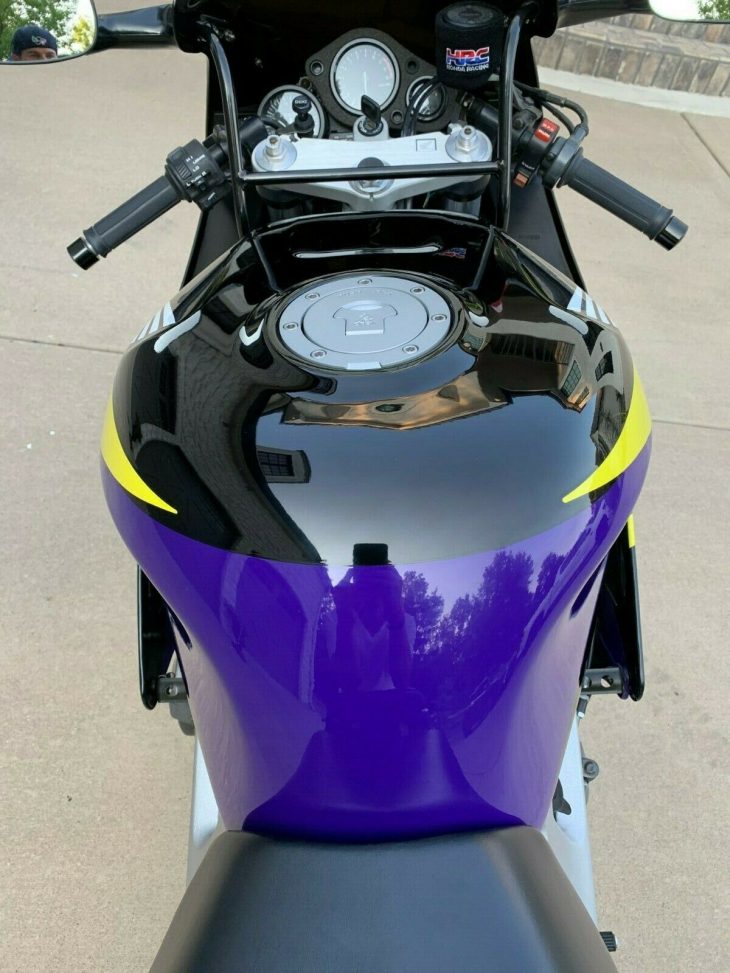