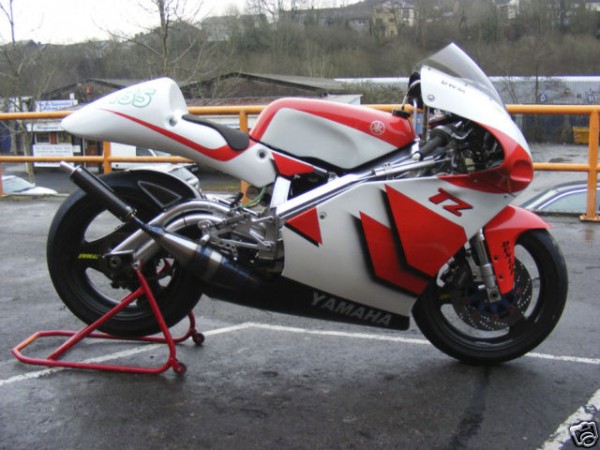 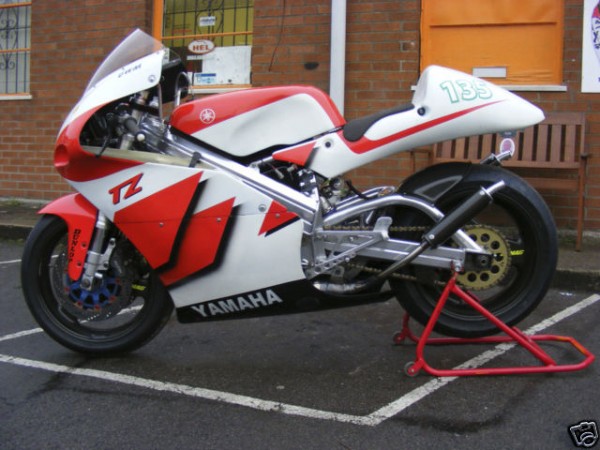 Can the boys in the midlands of the U.K. improve on what came from the engineers in Japan?  I’m not aware that there were ever things lacking with late model TZ250 frames but Spondon took a swing at improving on the design.  Whatever the case, the whole unit makes for some serious stroker eye candy.

I’ll skip my incredibly witty small talk and lets see what we have here:

2002 spondon tz250, ex derick welch.
Not raced since 2007 just paraded and kept in my collection.
Spec as is.
Spondon frame and swingarm, carbon dymag wheels, double core kit radiator, kit cylinders new in 2007 very low miles since then, kit ignition, kit pipes, 2003 on airbox and fairings, 7 position curve map, ohlins damper, maxton front and rear suspension, Brembo m,cylinder, setup for avgas so ultra reliable, maintained by dennise trollpe thoughout its life as he was sponsoring him, plenty of data, for most uk circuts.

This bike clocked over 160 mph at the nw200 in 2007 and won and set the outright lap record at aberdare park against the likes of ian lougher and chris palmer.

This bike was reported to be around 100 bhp, from derick himself.

This is a championship winning bike ready to race.> 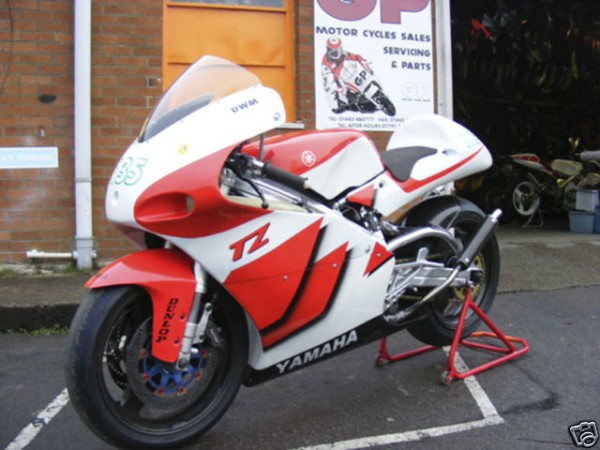 What RSBFS reader can provide the details:  Spondon vs. stock frame? That swing arm looks down right spindly compared to the stock TZ unit but a dead giveaway that it is a Spondon frame.  Visually, the chambers are art. 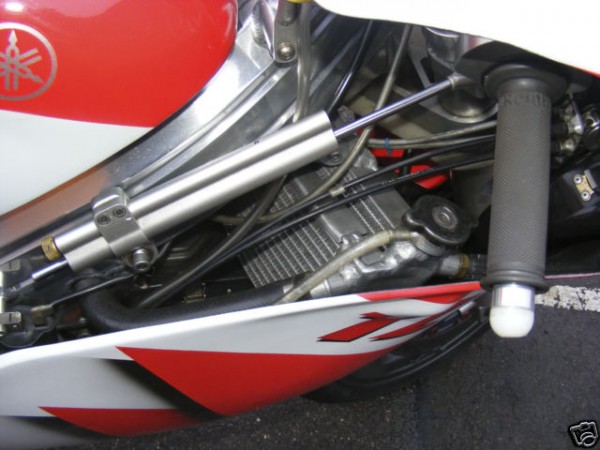 Oh, if I could only see this without the bodywork.  I think it would satisfy my radiator fetish quite nicely.  My bucket list would include a spin on a professionally prepped and tuned two stroke. 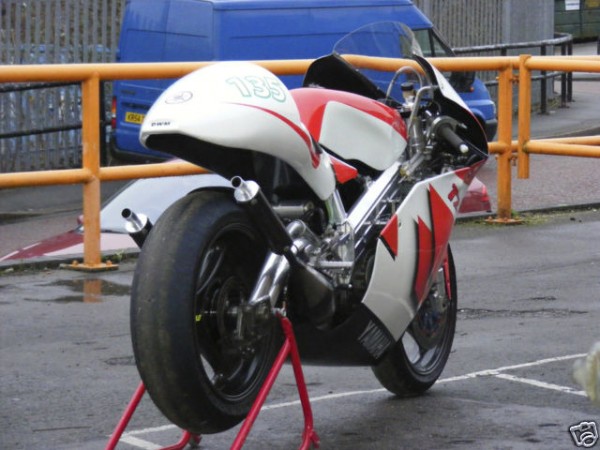 Here is the classified ad 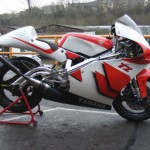 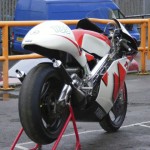 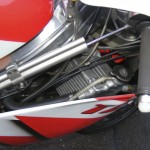 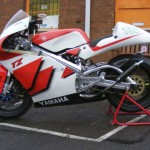 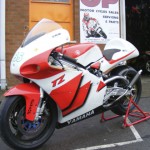 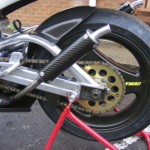 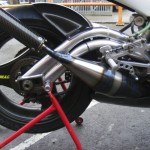