Built in 2000-03, the Triumph TT600 hoped to compete directly with the fleet of 600cc sportbikes from the east, and for a renewed effort from a legacy manufacturer, was an amazing endeavor.  Though a combination of small detractions limited its success in the showroom, the strides made with the TT600 led to the more successful Daytona. 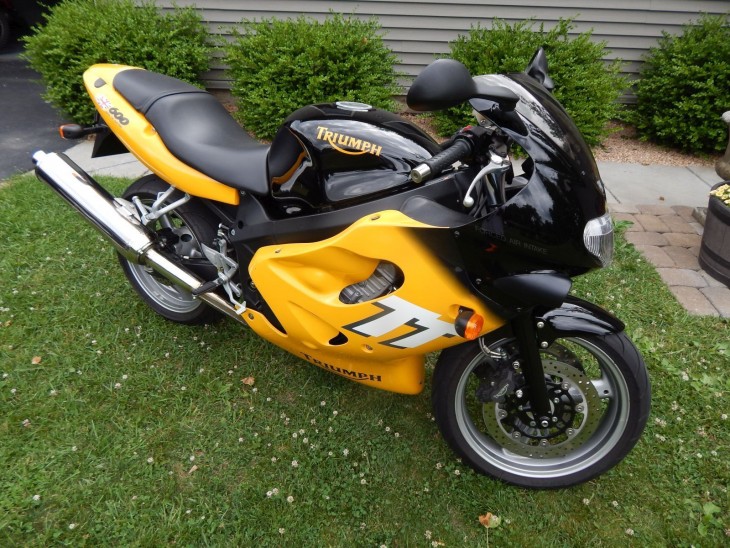 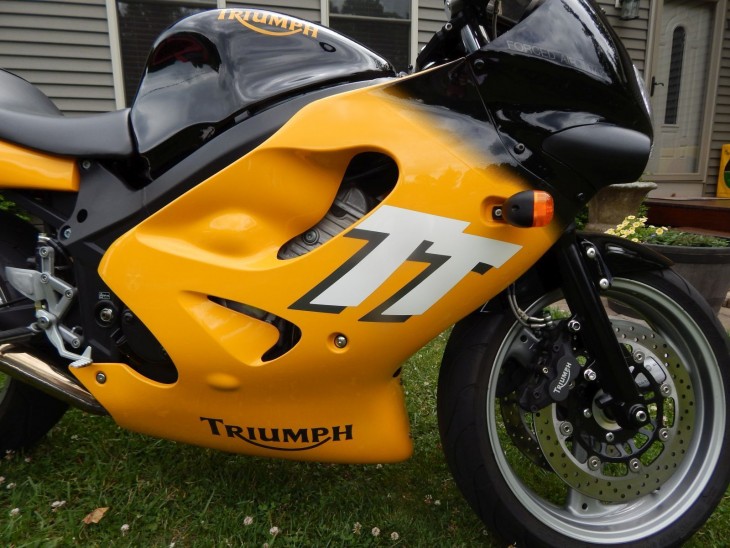 Though fuel injection programming woes left the 599cc inline four was labeled as an uneven performer, it has pretty good power at 108 hp.  A very well designed alloy perimeter chassis and light weight made the bike a nice handler.  Kayaba suspension is found fore and aft, 43mm forks and monoshock rear, both fully adjustable.  Nissin brakes are 310 front and 220mm rear.  The fairing is well done but along with the handlebar and seating position, was too generous for the market segment and belied its development by styling committee rather than race engineers. 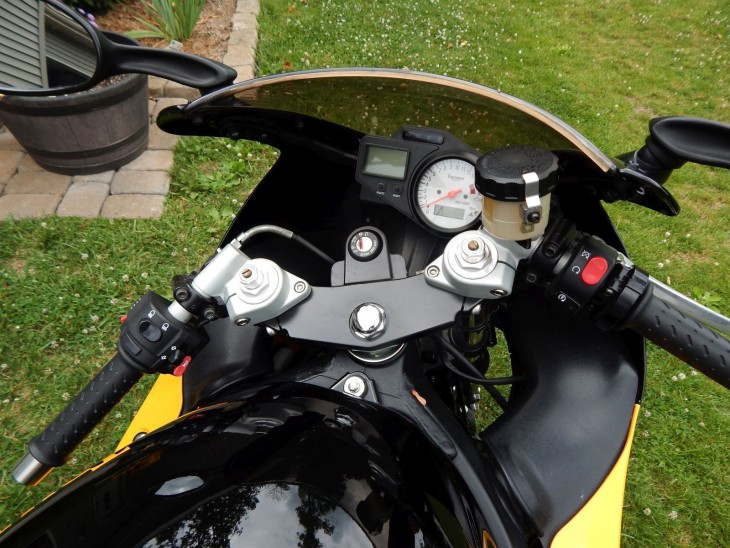 Purchased early on and adding only a few hundred miles each year, the owner has taken great care of this TT600.  The extra fast yellow paint is in great shape.  Not much mentioned about the maintenance history but at 5,800 miles that would be ideal.  From the eBay auction:

Rare bike, always garage kept, never exposed to weather.  I am the second owner, I purchased it in 2003 when it had about 3500 miles on it, and I rode it only 100 to 200 miles per year. Excellent+ condition (it has one small scratch on the lower part of fairing, as shown in photo).  Over $1000 worth of extras included — two seats, shop manual on CD, seat cowl, cloth bike cover, leather/kevlar official matching racing jacket.  You will not find one in this condition!  $4000 firm, cash only. Buyer will arrange pickup only, will not ship. If interested, I can email you a youtube video of the bike running. 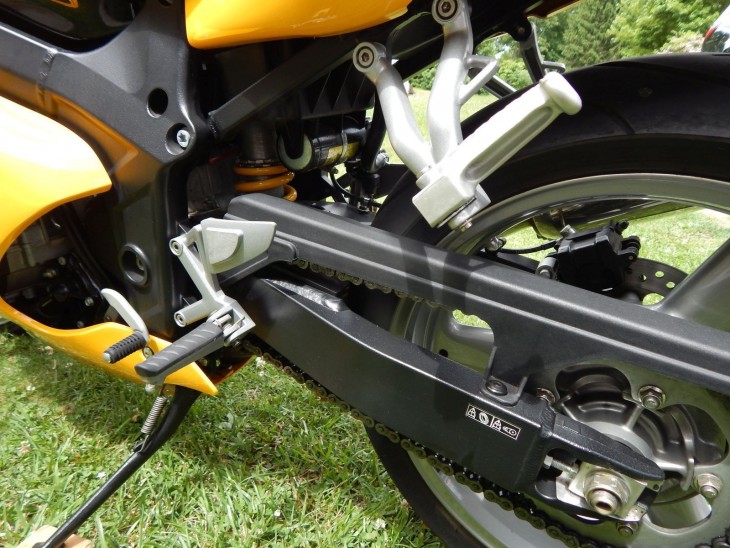 A distinctive brand in a commodity market, this Triumph 600 appears in great shape and ready for more riding.  Named for the Tourist Trophy week-long motorcycle event on the Isle of Man, the TT600 marks an interesting period for Triumph fans, introducing the brand in the US after being revived from bankruptcy in the 1980’s, and before the offshoring of production in 2002.  Unmolested and with a few nice accessories, the Triumph presented here might be a good choice for an aficionado of the marque or just a rider looking for an offbeat middleweight…