Being the baby superbike of the family the 749 I think is often overlooked.  This however is an R model so that is something we shouldn’t do. The 749R was designed for homoligation for World Supersport racing which allowed few modifications and Ducati built the bike so that it was really rather close to being a race bike with lights.  A short stroke engine meant that it rev’d hard and along with all the carbon fibre looked rather special.  As you would imagine all the equipment is of the highest standard. Ducati however didn’t manage to shine in World Supersport in the same way that they did in World Superbike. The engine in stock form made 121 bhp and this was aided by the use of exotic materials internally such as Ti con rods. 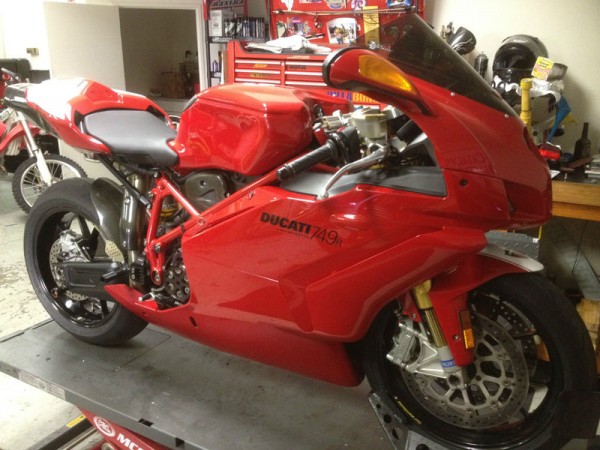 The seller doesn’t give us too much detail apart from minor cosmetic issues:

You can find the auction yourself over here on eBay. 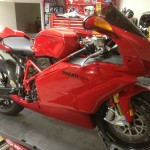 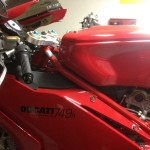 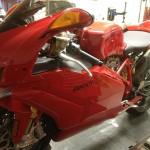 The asking price is $11500 which may a be a bit high given what 999R’s can be found for but this is a low mileage example and certainly looks in great condition from the photos.