Update 8.11.2018: This bike has sold to an RSBFS reader. Congratulations to buyer and seller! -dc

First or last of a series, both have their proponents – as originally conceived or the final version.  This Aprilia RS250 is one of the early Mk. 1’s, a European example brought home by a U.S. serviceman.  It’s not without miles at over 15K, but undamaged, super-clean, and with recent heavy maintenance. 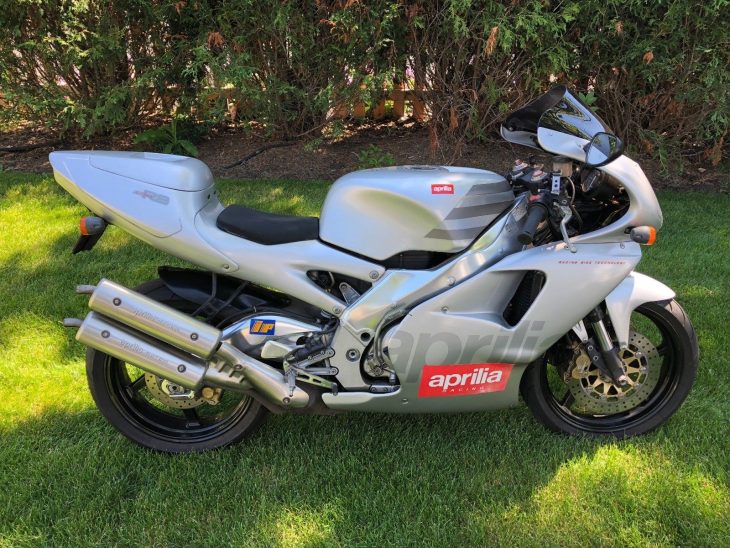 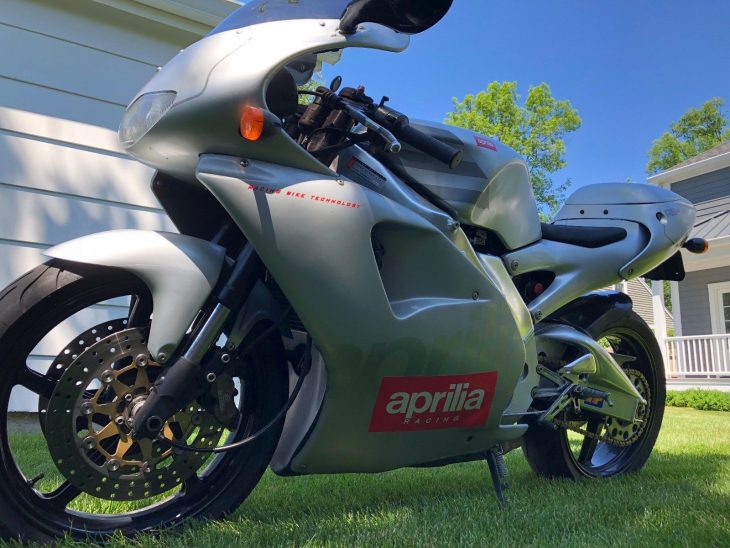 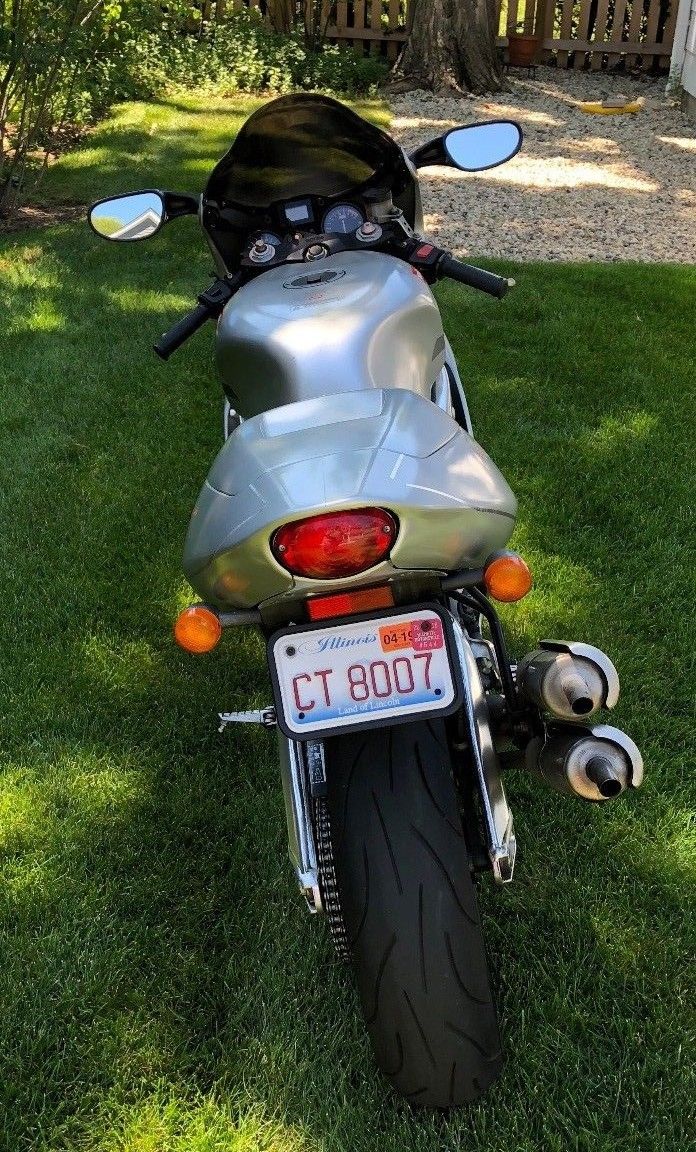 Not exactly a utilitarian design, the RS250 was a celebration of Aprilia’s championships in the 250cc Moto GP, borrowing many of the techniques from the GP bikes.  Aprilia’s own 250cc two stroke was too finicky for a road machine, and the company contracted with Suzuki to supply their 90-degree twin, with intake, ECU, and exhaust re-designed by Aprilia and good for 72 hp at 12,000 rpm.  The aluminum chassis is work of manufacturing art, the twin spars matched by the magnesium banana swingarm in similar natural finish and lacquer.  Components are right-sized for the model, upside-down forks but 40mm, dual front disks but 298mm.  Unlike later grays with rainbows, the Mk. 1 is almost in camouflage, silver on aluminum, with just a few graphics. 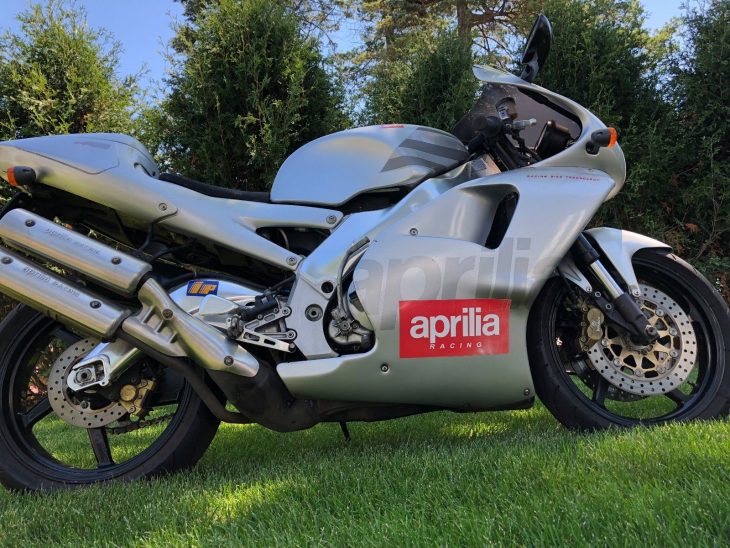 This second owner machine has been treated to a nice life insurance policy, including some top-end work, new clutch, sprockets and chain, and a smooth MPH odometer swap just one tank of fuel off total mileage.  Registered and titled in Illinois.  From the eBay auction:

It was originally purchased in Germany by a United States Armed Forces personal who brought it back to the United States and had it properly titled in Illinois.

The bike starts easy on one or two kicks, and runs smooth and strong. There are no known issues with the bike. I put in a fresh battery this winter, changed the front brake fluid and bled the brakes, and took it for a shakedown run before I took the pictures for this sale. I have owned the bike since 2012, but I have only put about 300 miles on it. I bought it from a friend who did refresh the engine and suspension, and I will include the receipts for this work.

The bike has the normal wear for it’s age. The paint is nice, but not perfect, and some of the stickers are fading from sun and washing. Please look closely at the pictures for the details of the condition. 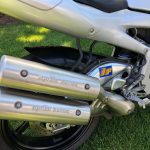 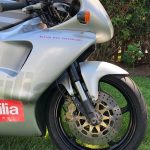 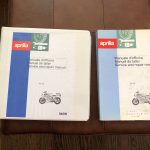 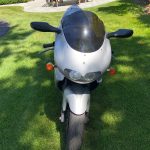 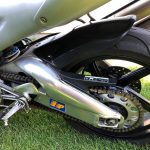 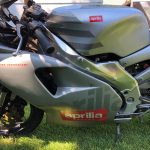 Aprilia continued to develop the 250 smoker long after other heavyweights had returned to four-strokes for the road, letting their race bikes improve the showroom models until 2002.  Reminiscent of an old scooter until the rev counter hit 7,000, it made phenomenal power per liter, and had the light weight and oversize brakes to dominate any technical track.  The list of Aprilia’s 250cc riders reads like a Moto GP who’s who, including Biaggi, Rossi, Melandri, and Lorenzo.   The opening bid has been set at $6,999, please contact Daniel through the eBay auctio. 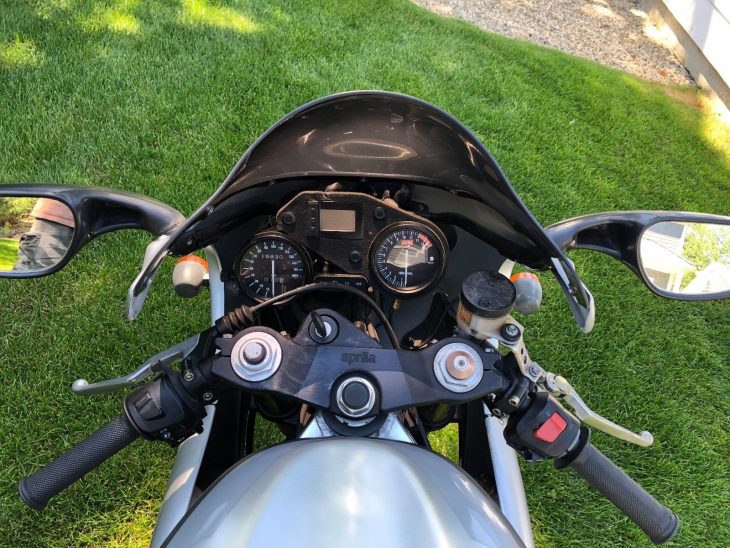