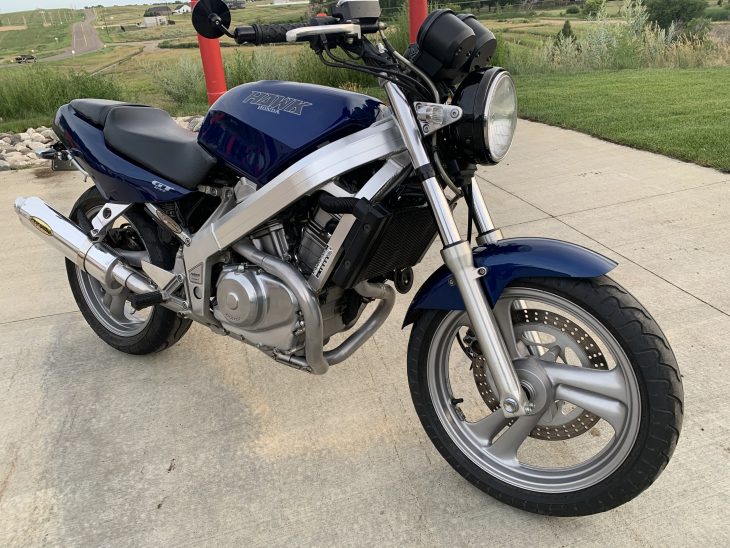 It’s a shame the 1988 Honda Hawk NT650 didn’t see more than a three-year production run in this country, because they’re really incredible machines. Packing just a 60-horsepower 650cc v-twin, on paper they don’t make a big impression, but lift your eyes off the spec sheet and the little ripper might draw you up short. Designated RC31 from the factory, they claim the VFR lineage of the venerated RC30, RC45 and VFR750. That means they were bedecked with top-shelf parts from Honda, including a single-sided swingarm that outclasses their humble power figures. 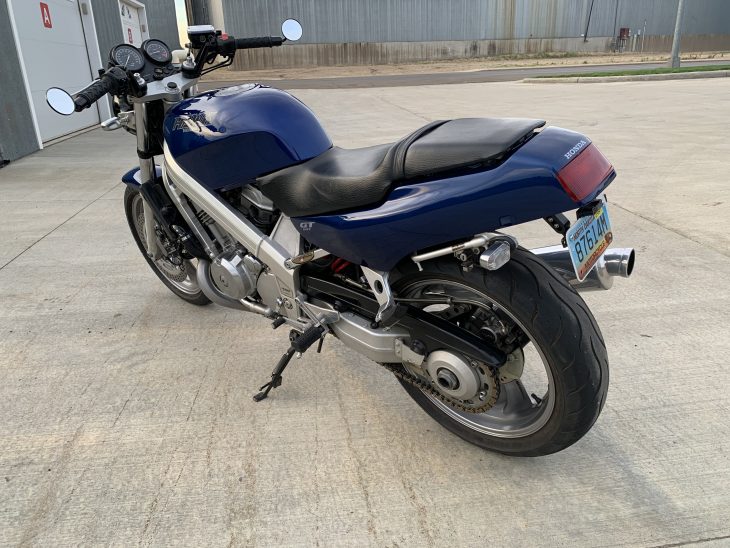 With a torquey power delivery and a wet weight under 420 pounds, Hawks have gained a cult following as one of Honda’s hidden gems. Think Suzuki SV650 in its Sunday best. Speaking of the SV, the Hawk beat the Zook and the Massimo Tamburini-penned Ducati Monster to the market by a few years, which may have been its downfall. Who knows what might have passed had it launched just a little later. 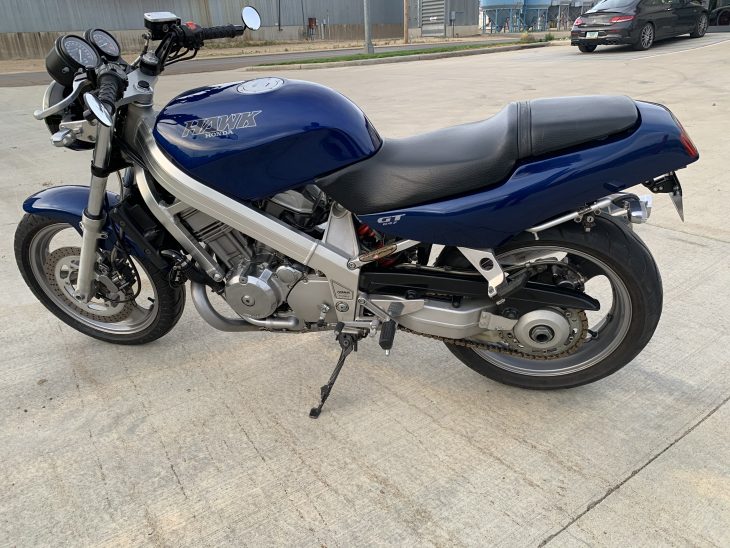 This example is resplendent in Navy blue, and has clearly been babied over its life. Blemishes are limited to a cracked rear fairing; the rest of the machine presents really well. It has been treated to a rare Two Brothers exhaust system, tail tidy and some bar-end mirrors, but comes with most of the stock parts except exhaust. 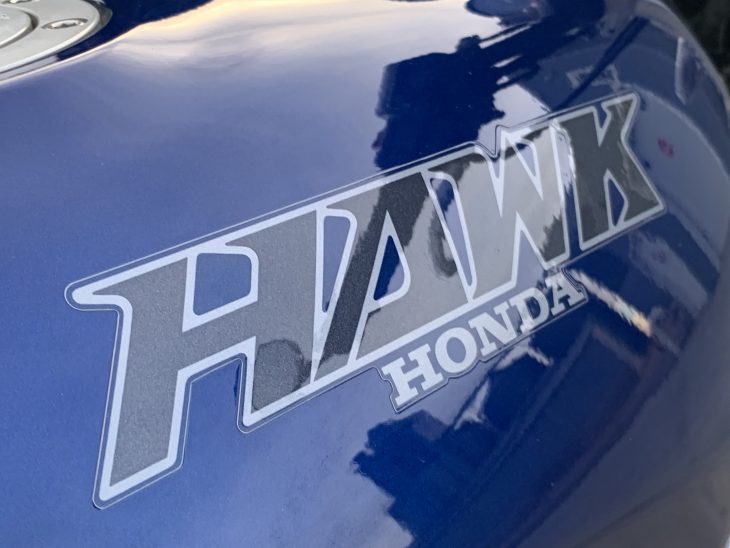 This Hawk GT is in excellent condition for its age. Starts, runs, and rides great. Paint and bodywork are very good, except for a 1″ crack on one side of the seat cowl (pictured), and a 1.5″ scuff on the other side. The bike has never been down or dropped. Still has the original owner’s manual and tool kit. Currently the bike has an aftermarket tail tidy, turn signals, and bar end mirrors (removed stock parts also included). A full Two-Brothers exhaust is installed; sounds great. I’ve read this particular exhaust is no longer made and is sought-after.

The Hawk no longer has its center stand, but I will include a Pit Bull rear stand.

Thanks for looking and please let me know if you have any questions. 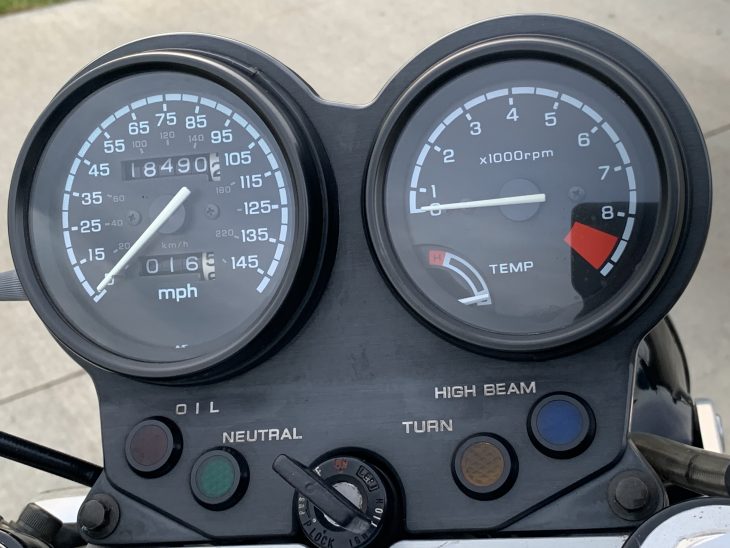 The seller can be contacted through the Cycle Trader listing. At $3,400, this little beast promises to leave a small enough dent in your bank account to leave enough to replace the aged tires. After that, you’re ready to welcome the fall riding season with open arms. 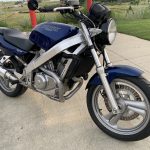 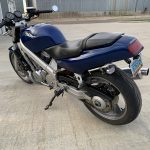 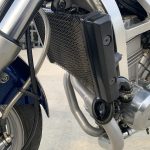 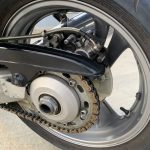 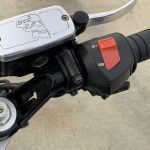 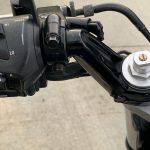 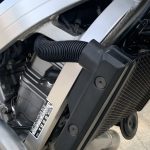 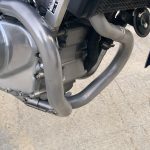 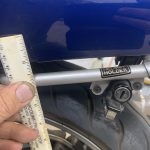 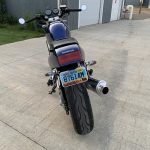 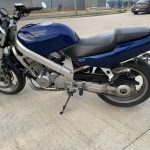 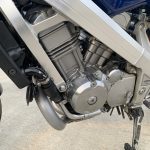 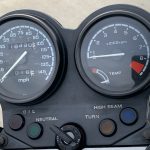 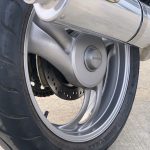 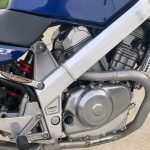 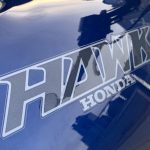 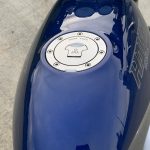 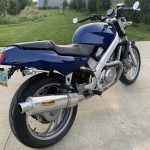 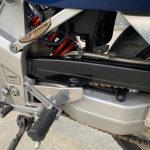 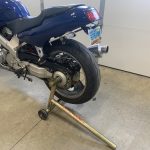