Update 11.9.2020: This bike has SOLD to an RSBFS reader in just 5 days! Congratulations to buyer and seller! -dc

Practically looking like a custom from the factory, Yamaha’s SRX600 has been the basis for club racers, knobblied flat-track lookalikes, and some cafe racers that make the showroom version look cushy.  RSBFS fan Lee’s survivor is a great starting point for Yamaha’s original ideas or maybe yours. 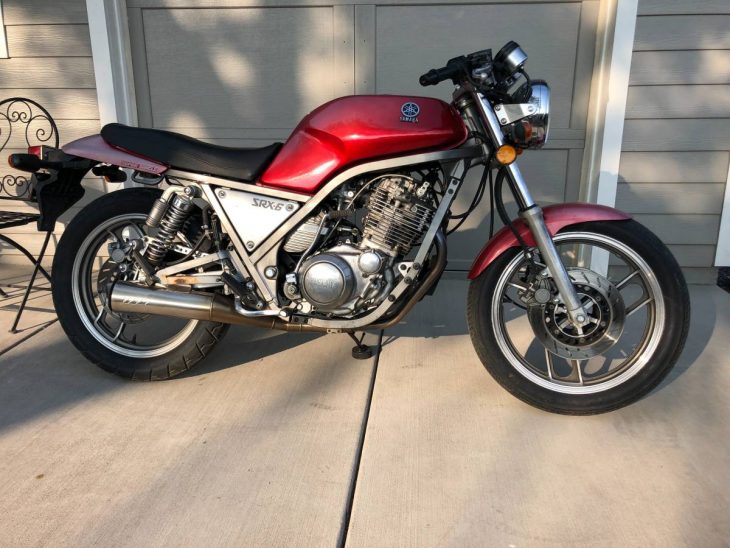 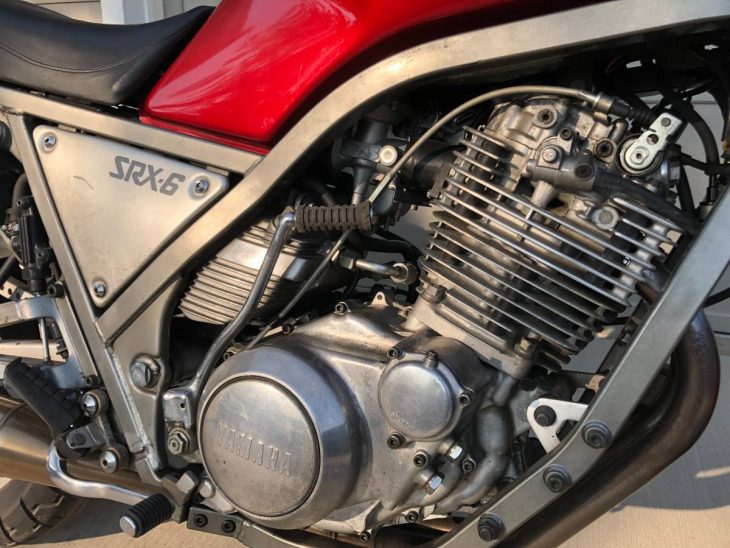 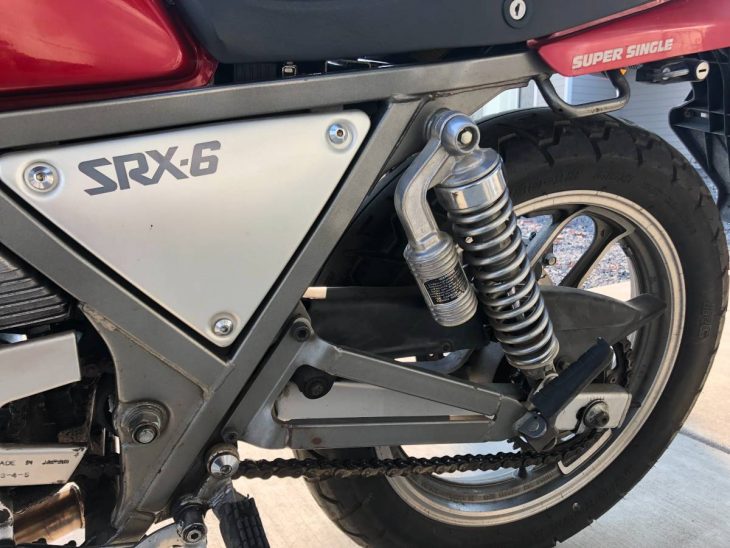 Almost looking to out-simplify the 1960’s British singles, the SRX came to the U.S. with just a kickstarter, and a 96mm bore thump which ran smoothly to 6,500 rpm ( and 45 hp ) thanks to its balance shaft.  Dual front disks and alloy wheels were up to date, the 5-speed relied on a generous torque curve, but dual rear shocks seemed more for show than go.  The very visible chassis and poured-in-place tank and sidecovers show a clear adherence to the design mission. 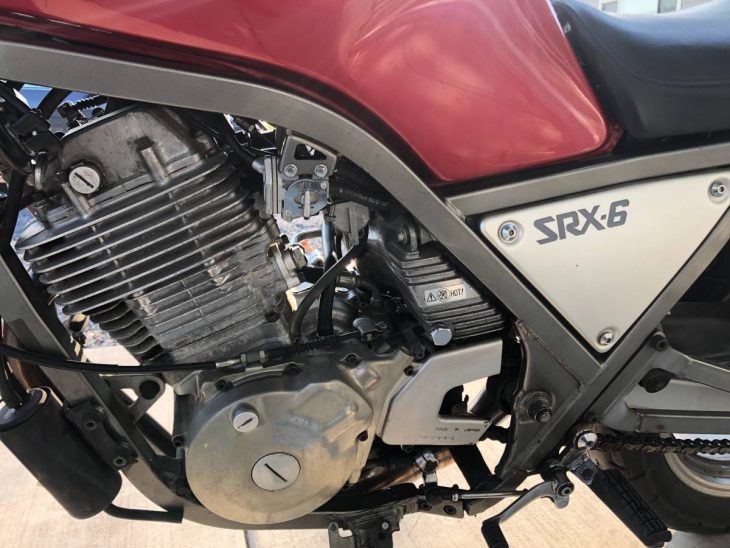 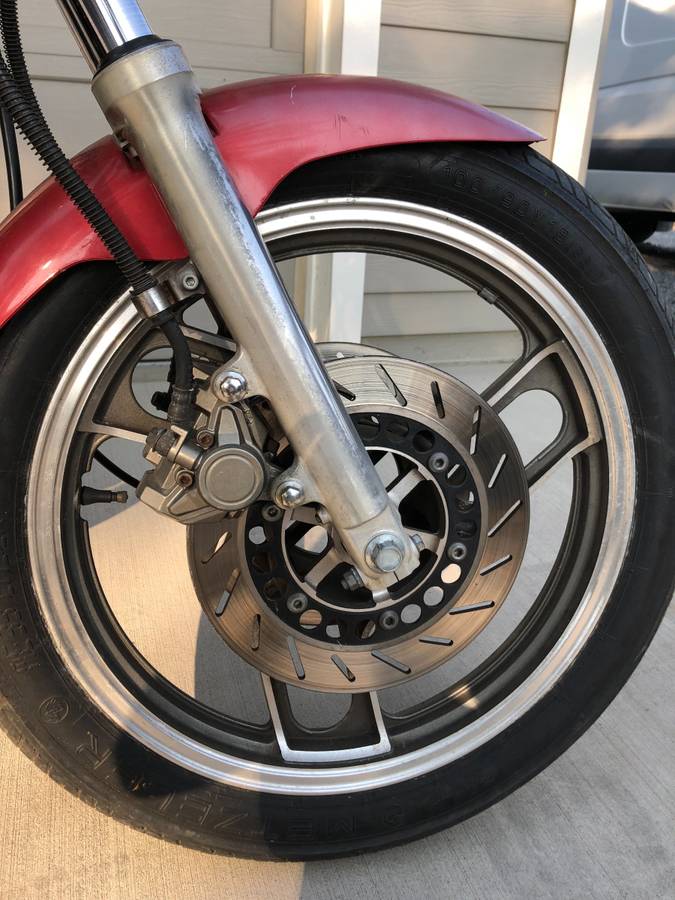 Lee’s SRX has 13,250 miles, looking good despite the years.  Helping the four-valve 600 breathe freely is almost a requirement, and this one has the Supertrapp exhaust.  Some patina, but nothing unexpected makes it look like a great resto-rider with a good collection of spare parts.  Lee’s comments from his – Craiglist post –

The ultimate cafe bike. Only imported into the US in 1986. Single cylinder 600cc kick start only. All original 13,250 miles with Supertrapp exhaust. Just serviced with new petcock, valve adjustment and oil change. Shorai lithium battery, new seat cover. Spares include unique 2-1 intake manifold for Mikuni carb. Great platform for making yourself a rare cafe bike. If you know motorcycles then you know you don’t see a bike like this.

Lee asks $3,200 for his SRX600. Lee is the US Importer for the Austrian glove brand RACER and can be found here, – racerglovesusa.com – 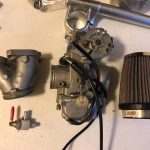 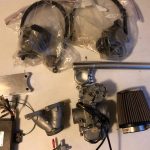 Yamaha followed their fans back to the basics of motorcycling, but it didn’t result in many sales outside of the home market, where there were 400 and 250cc variants.  The 600 didn’t show up on 1987 U.S. line cards, but soldiered on in Europe for a few more years.  Reviewers and owners praised the honest engine, light weight and crisp handing – and took the kickstarter and single cylinder as badges of motorcycling honor. 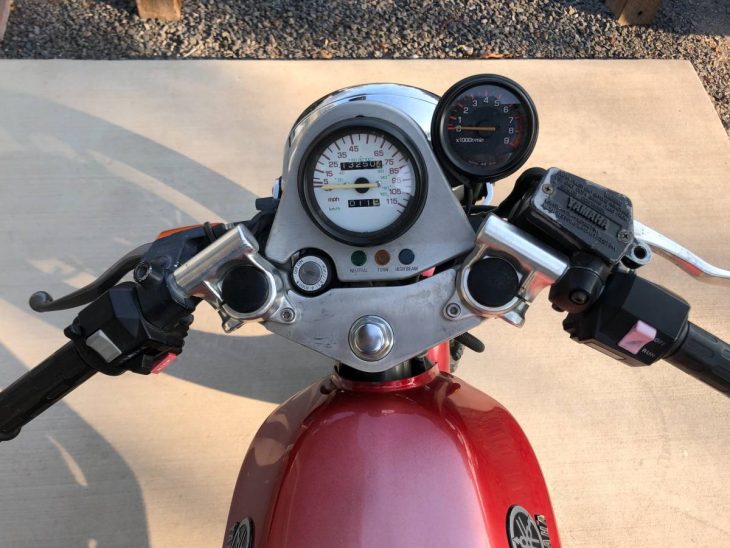