Being able to give some special bikes a close-up inspection was one of the benefits of last week’s Bonhams and Mecum auctions.  Engineering and fabrication marvels are in every row. 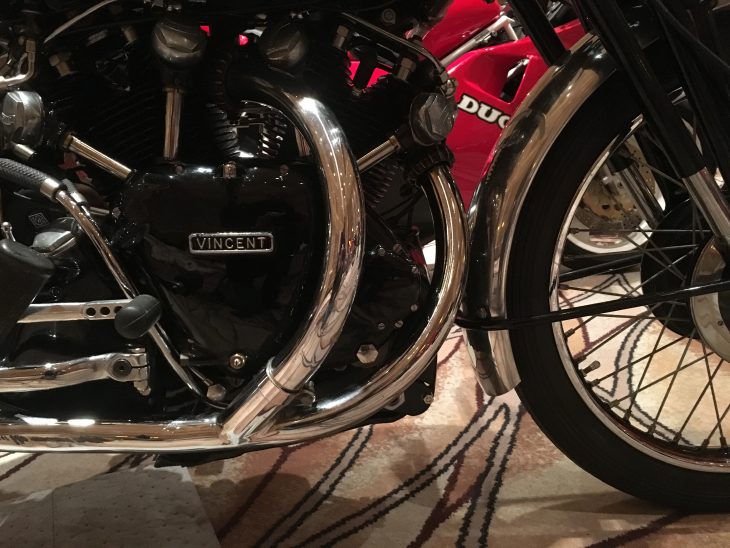 Arcs of chrome on the 1950 Vincent Black Shadow. 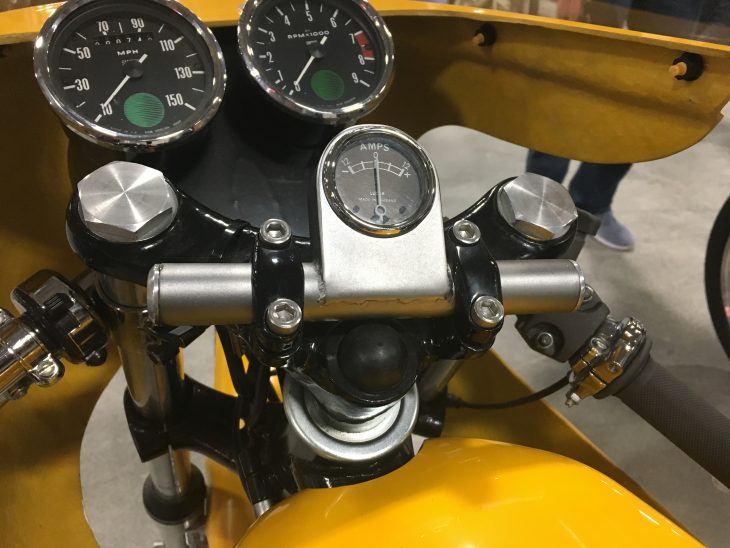 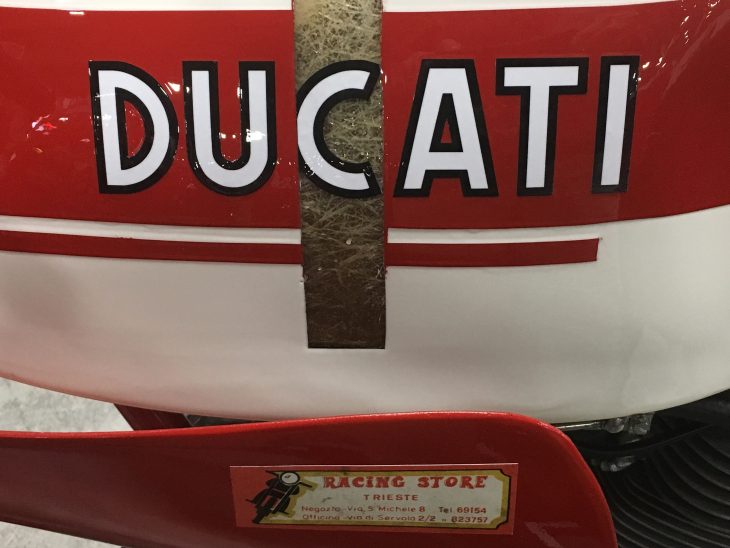 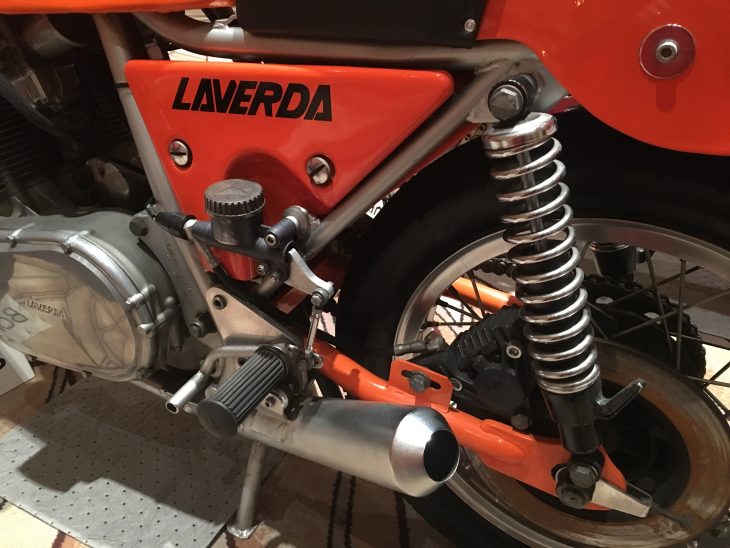 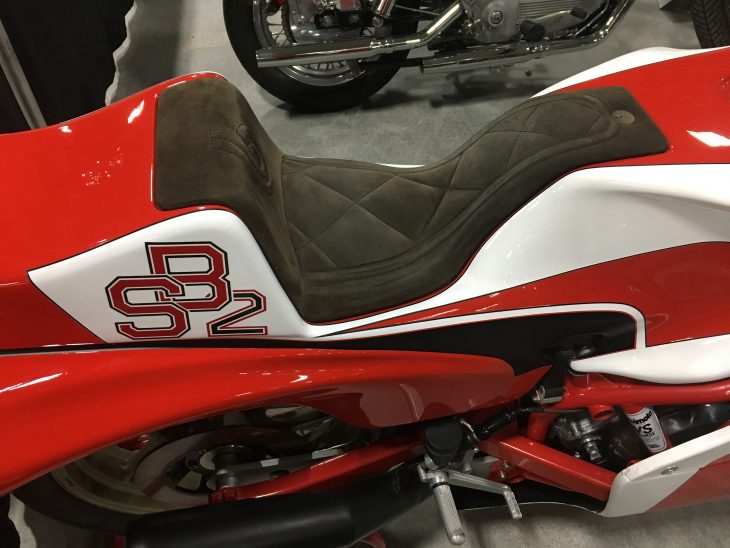 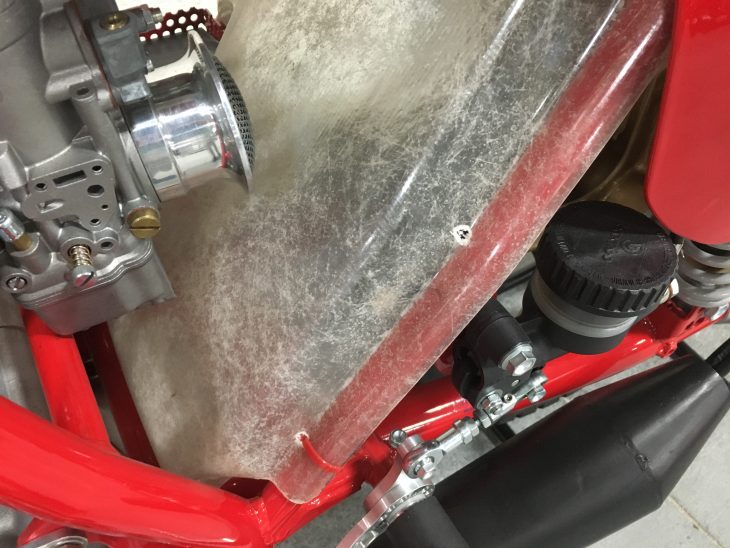 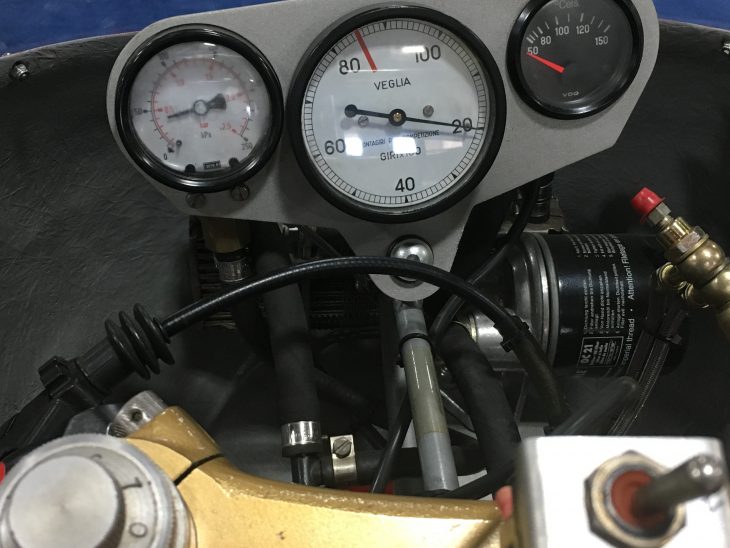 The oil filter is mounted right to the oil cooler on this replica of a ’70s Ducati NCR 750SS. 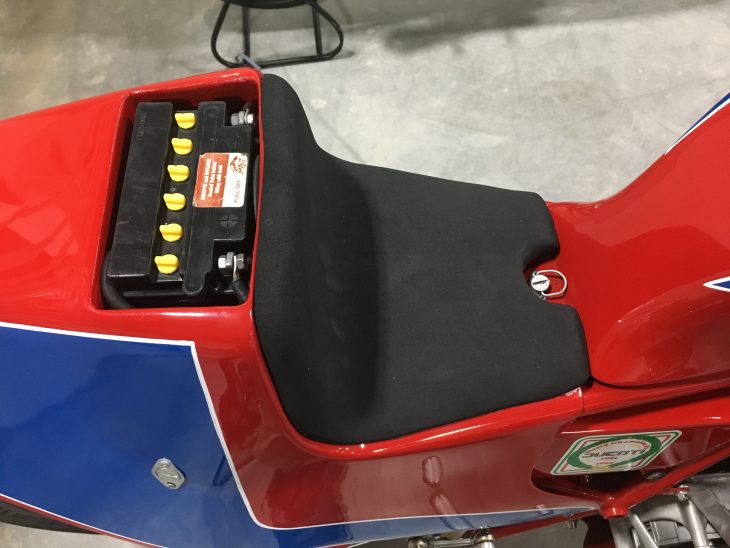 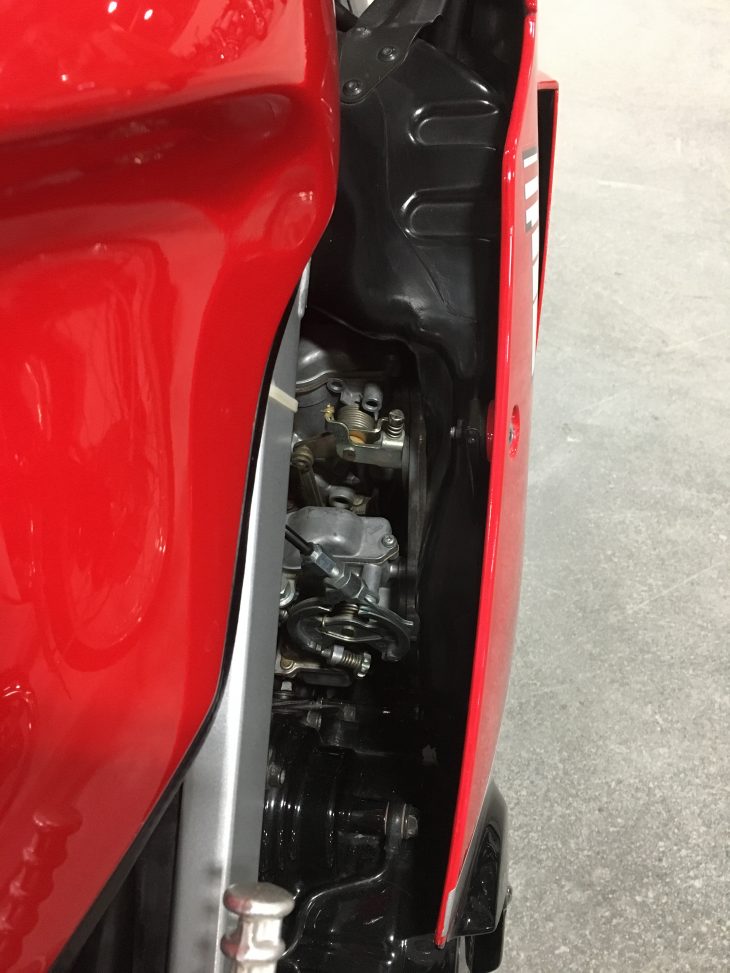 On a 1985 Yamaha RD500LC, the airbox is built right to the inside of the fairing and each feeds two side-draft carburetors. 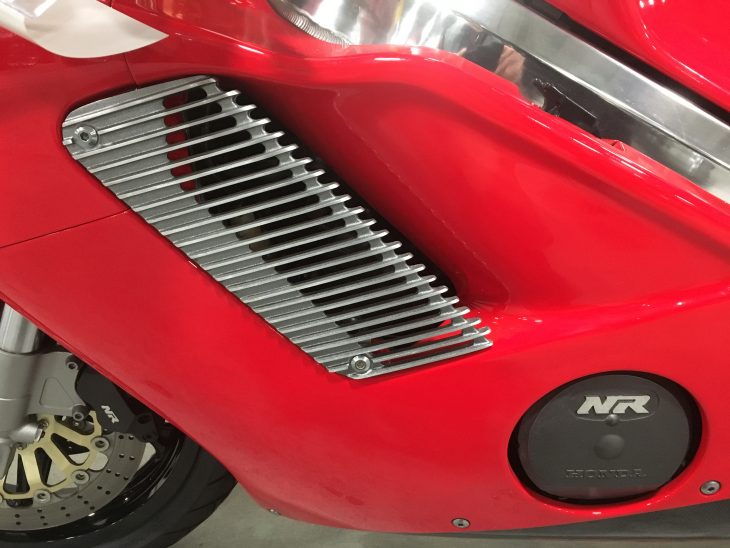 For all its carbon fiber, cast aluminum was used on the 1992 Honda NR750 grills, and a tank-top reminder in case you forgot. 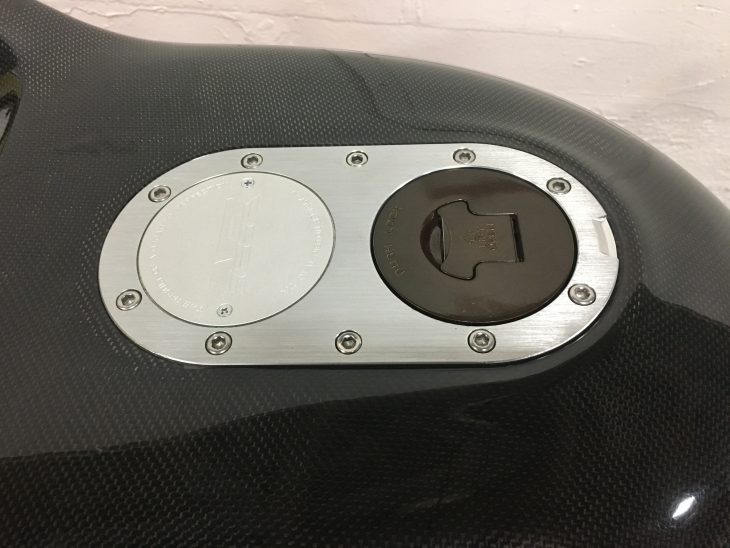 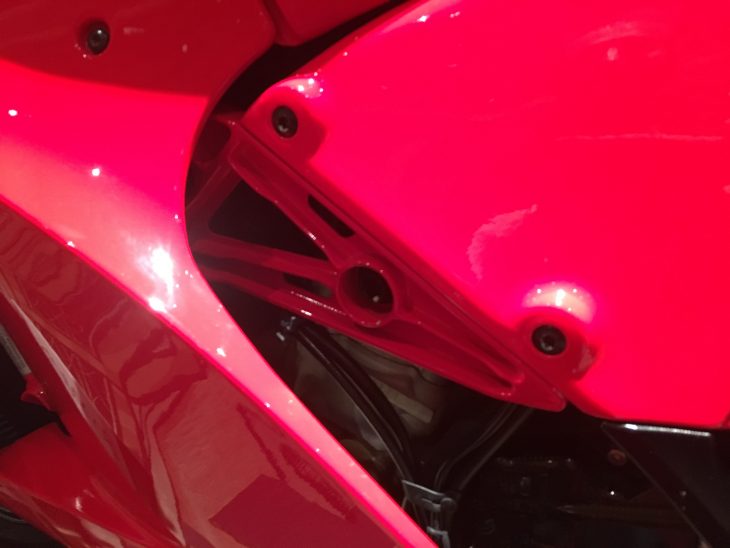 Fretwork and exhaust details on a 2008 Ducati D16RR Desmosedici. 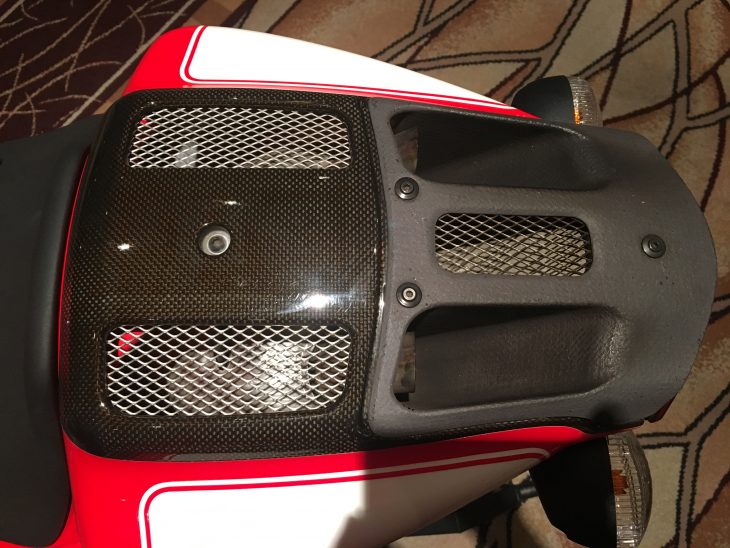 As anyone who’s bought a motorcycle at auction will tell you, it’s important to know what you’re buying and get some eyeballs on it.  At Bonhams there is a preview the day before, and Mecum lines the week’s offerings up in a hall next to the auction.  The variety of interesting bikes makes it one of the highlights, whether you’re a bidder on not…