Update 4.21.2012: Originally posted by Andrew in October last year, this DB4 is back on eBay. The listing has new pictures after you click through. Links updated. -dc

Here we have a chance to pick up a rather special Bimota. The DB4 (the ‘D’ designates this as a Ducati engined bike) has always been regarded as a special bike, even though it only had an aircooled motor it is light and has beautiful handling. This particular bike has a mileage of only 21 miles all of which were put on by the factory, one assumes by the test riders. The engine is a fuel injected 900cc unit out of the SuperSport. 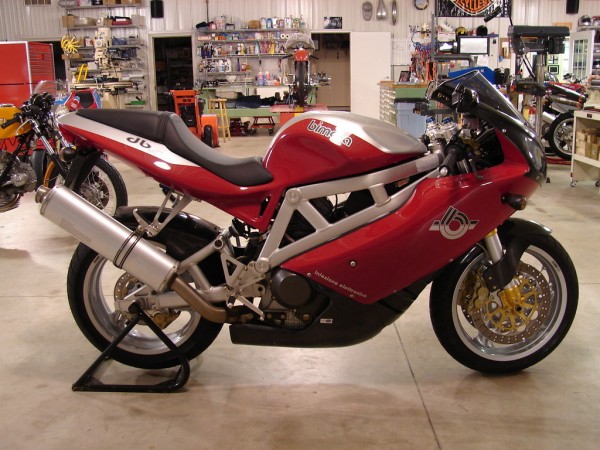 Up for auction is a 2000 Bimota DB4 (fuel injected). This is a Brand New Zero Mile motorcycle that I am selling for my Dad who is selling his collection. Technically it has 21 miles on the odometer but that is how it came from the factory.
The condition of the bike is fantastic and is like new. It does come with the original tool kit and literature. It also has a free and clear title in the sellers name. 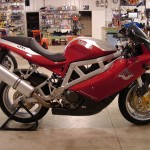 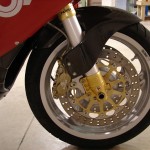 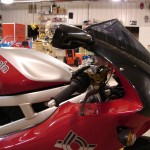 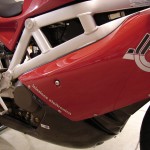 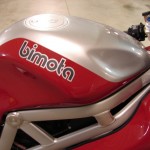 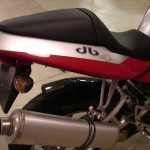 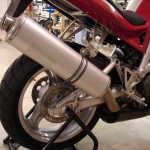 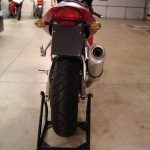 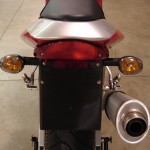 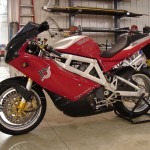 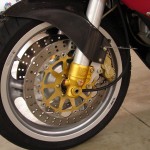 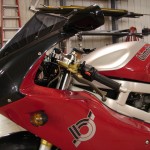 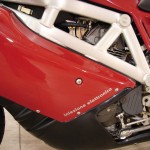 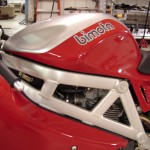 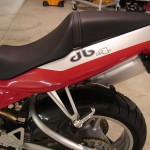 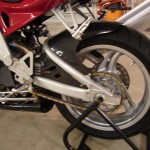 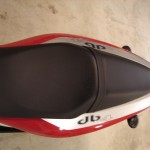 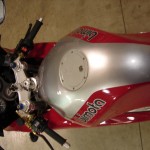 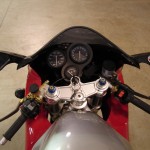 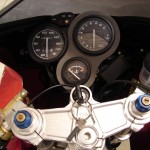 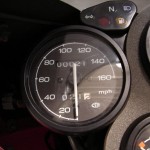 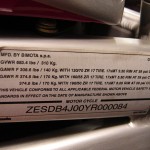 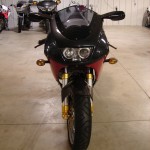 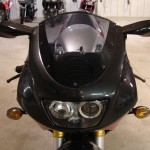 We have featured this bike previously back in May where the asking price was $16900. The bike didn’t sell and I cannot help but think the price is too high for this bike even with such a low mileage.