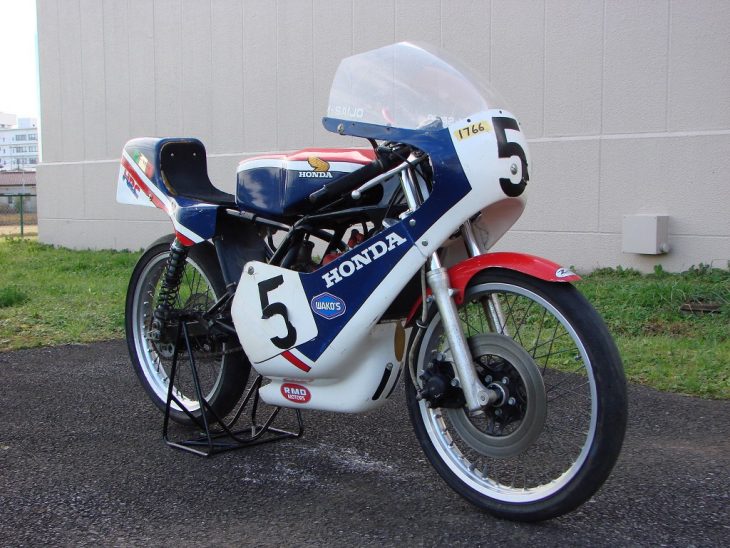 Today’s Honda RS125RW might be a bit obscure for most of our readers, and is certainly older than the bikes we usually feature here, but a genuine Honda Grand Prix machine is certainly worth a look whenever one comes up for sale! This one has plenty of patina, period stickers, and an apparently rare dry clutch for less weight and extra noise! 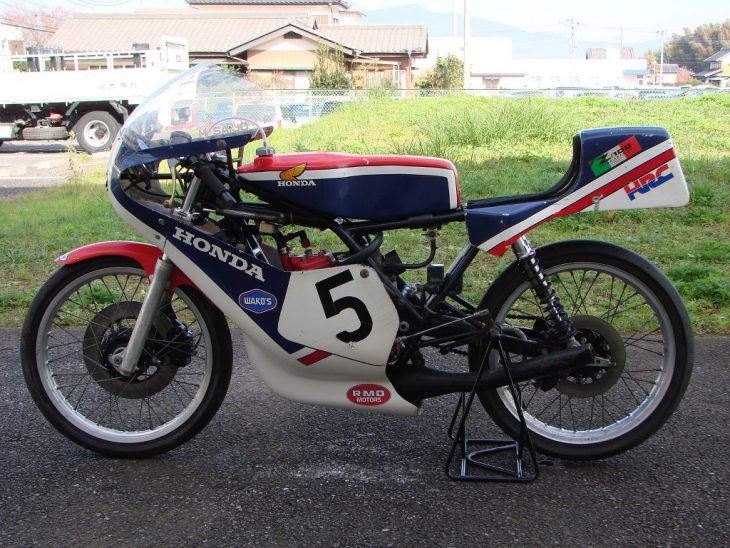 Honda’s Grand Prix racing motorcycles were based around four-stroke engines until the two-stroke MT125 was introduced in the 1970s. The MT125 was replaced in 1980 by the RS125RW seen here, and that machine soldiered on until it was replaced in 1987. The significantly updated RS125 introduced in 1987 was eventually developed into the dominant machine more familiar to most of our readers. Powered by a motocross engine borrowed from the RC125M, the RS125R’s liquid-cooled, reed-valve engine made 30hp from 124.9cc with a bore and stroke of 56 x 50.6mm. The frame was a twin shock, steel duplex design, had disc brakes at both ends, and weighed in at 170lbs dry. It wasn’t considered cutting edge when new, but it was reasonably successful in competition and Honda continued to develop the bike and its successors as an over the counter racing machine available to younger racers honing their skills. From the original eBay listing: 1981 Honda RS125RW for Sale

1981 Honda RS125R-W located at our shop in Santa Ana, California. The pictures in this auction were taken at our shop in Japan. This RS125R-W is in very good condition for its age. Engine has a super rare dry clutch. The previous owner said he rebuilt the engine before it was put away many years ago. RS125R-W are very hard to find now. This bike is the best we have had for many years now. And the only one we have had with a dry clutch. Bike will come with a new windscreen not mounted to the bike. There are no spares with this bike. Bike is sold as is, no returns. Look at the pictures carefully and ask questions before you bid. Sorry, no Paypal on this item. Again, bike is sold with a bill of sale, no title. Bike comes with what you see in the pictures in this auction. 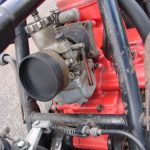 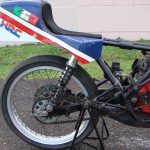 The starting bid is $6,995 with a few days left on the auction and no bids as yet. This one is obviously a bit of a gamble, since parts to keep one running will be difficult to source. The engine is said to have been rebuilt, but I’d be prepared for the worst if it was my money. Experts might have a line on what they might need to actually ride it, and this bit of Honda racing history would obviously make an awesome display piece for your living room or the lobby of a business, if you just want to show it off in all its period patina.