As Green as it Gets: 1983 Kawasaki Eddie Lawson Replica When Eddie Lawson won the second of his two Superbike championships for Kawasaki (1981 & 1982), he achieved a couple of major milestones: firstly, he established himself as a rising star and paved the way for his ascension to the 500cc GP ranks; more importantly, he established the value of older, proven technology by beating the more technologically advanced Honda V-Fours. By 1983 “Steady Eddie” had already moved over to Yamaha to alongside Kenny Roberts, but Kawasaki still proudly produced the ELR edition of the KZ 1000 to commemorate those wins. The ELR predates liquid cooling, four valves per cylinder, fuel injection, mono shock chassis, radial tires, 300mm + brake disks, monoblock calipers, traction control or ABS. Sure, it’s old school – but still looks fantastic 31 years on. Don’t you agree? 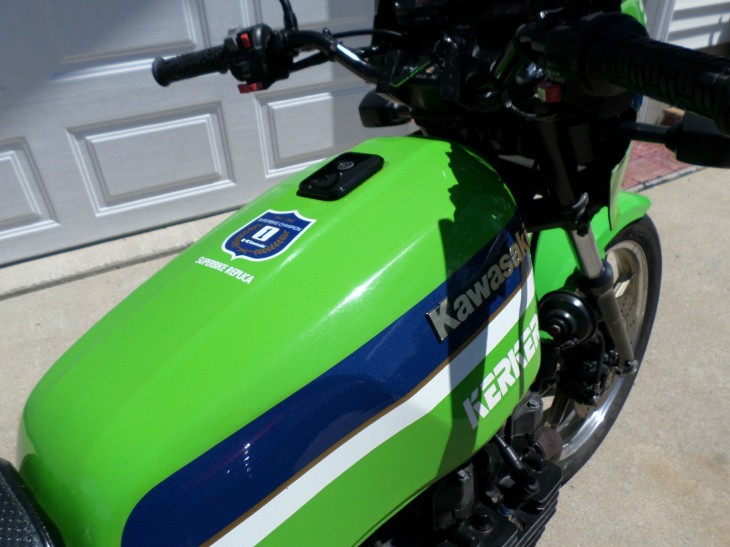 From the seller:
I’ve had this bike for approximately 4 years, it’s been a blast to ride but now it’s time to sell.

It has brand new tires with less than 200 miles, new sealed battery, and powder coated header.

Runs great, transmission works smoothly, brakes are fine, all the electrical functions work as they should.

There is one small dent in the tank, left front (see pics). And a few minor nicks, barely noticeable. It will need a new seat latch lock, other than that it is in fantastic condition and ready to ride.