Someone would’ve bid $9,999.99 for this excellent 999S, but this owner was left nothing to chance with a buy-it-now of $9,990.00.  Extra sharp in racing red, today’s superbike looks well cared-for and lightly updated. 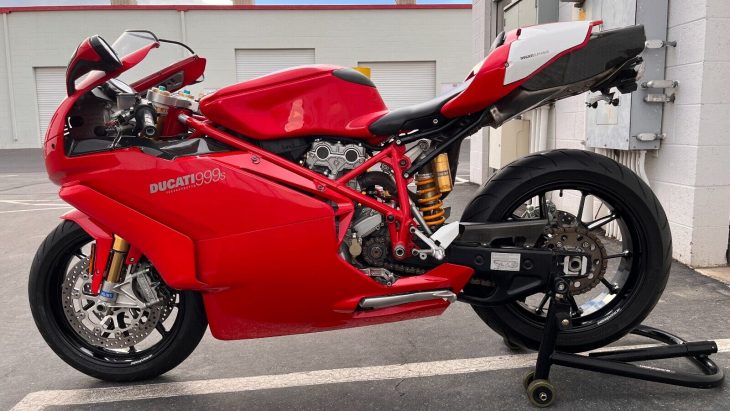 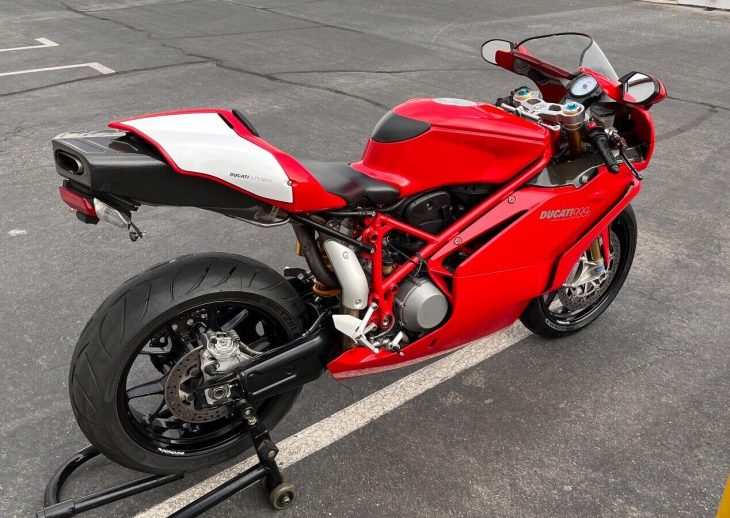 Despite the Pierre Terblanche design which was radically different from the 916-996-998 model, the 999 was very together for 2003 and won a lot superbike shootouts including WSBK in 2003, 2004 and 2006.  The tall L-twin makes 136 hp, attenuated by the underseat canister exhaust.  The trellis chassis has adjustments for the steering head angle and footpegs, and on the -S components are top shelf – Öhlins including steering damper, 320mm Brembo brakes, and Y-spoke Marchesini wheels.  Some dual seat 999’s were made, but the monoposto is more apropos. 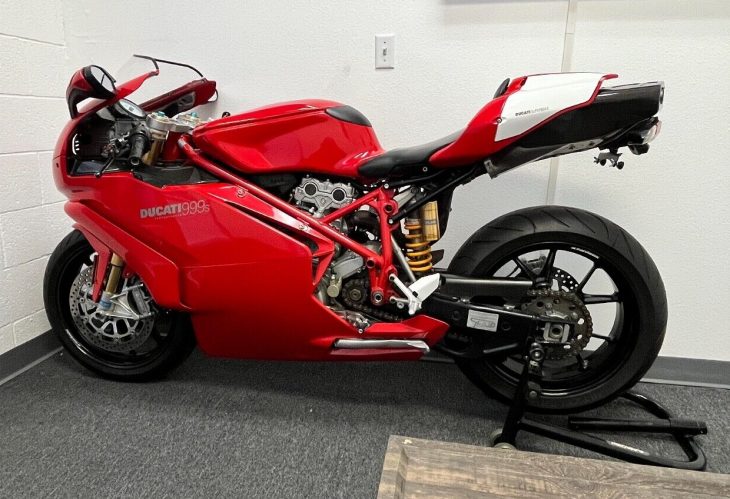 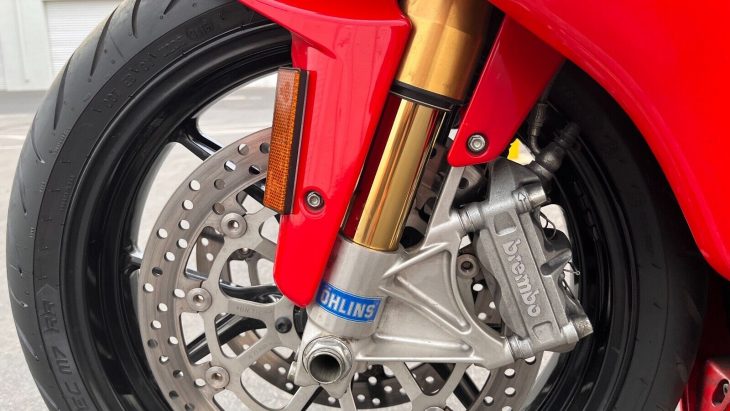 Coming out of Las Vegas, this 999S looks super clean.  Pictures seem to be at a storage unit and it’s shown without a plate, so might not be in use currently.  The FBF fuel filler is almost as rare as the factory clutch cover.  Cam belt service might be a consideration for the next owner.  Notes from the eBay auction:

I’ve had this bike for 4 years and put about 3000 miles on it. Clean title and never dropped or raced while I’ve had it. Oil changed every year at Ducati dealership.

Upgrades it came with when I bought it:
CRG adjustable brake and clutch levers
GP shifter 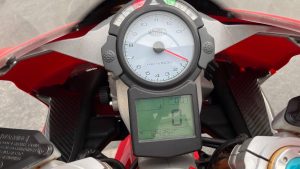 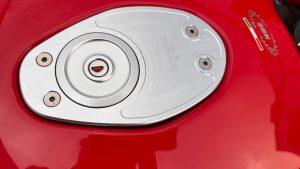 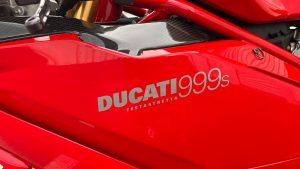 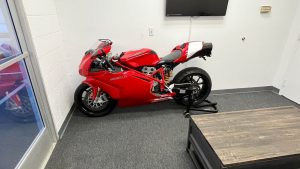 The 999 might have been a more significant model for Ducati, but the styling limited its showroom run to four years.  Fans of pre-nanny superbikes have come to embrace this era and lately the 999.  The ask is somewhat less than these were going for just a year ago, and the bike looks undamaged.