Cashing in on the retro-craze or reverently invoking Ducati history, the Pierre Terblanche design for the Sport Classic series was ( and is today ) a hit.  Built from 2006-09 in relatively small numbers, the bikes were styled in the 1970’s but had power and reliability for the new century. 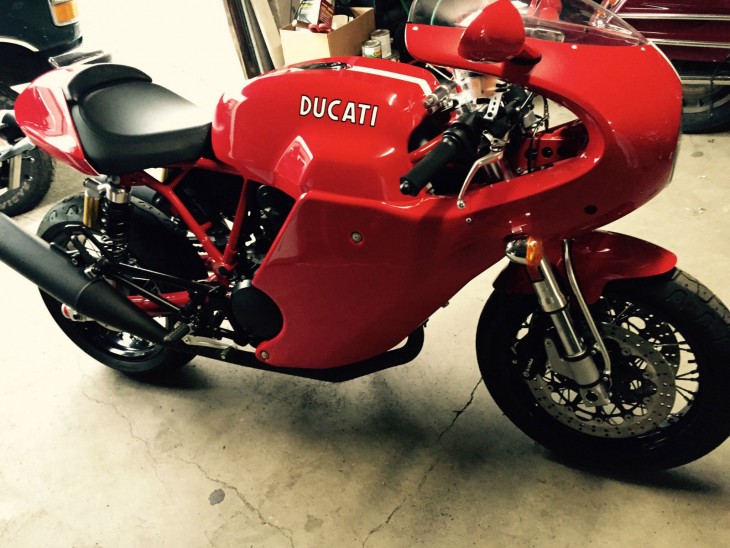 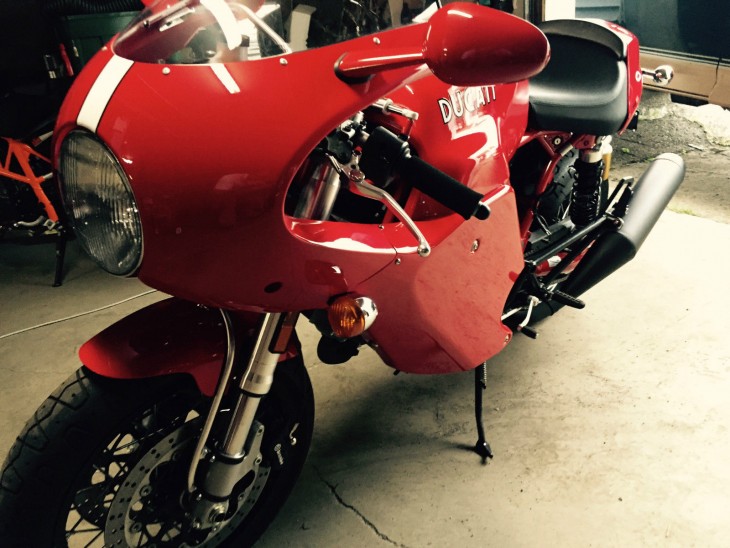 Using the air and oil-cooled 992cc Desmodue, the Sport 1000S has 92 hp available, driving through a hydraulically actuated wet clutch and 6-speed transmission.  Big 43mm upside-down forks lead the way for a more retro dual-shock rear swingarm.  Not terribly overweight at a scosche over 400 lbs, the 320mm dual front disks and 245mm rear are up to the task. 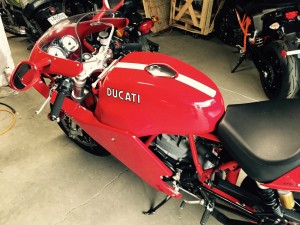 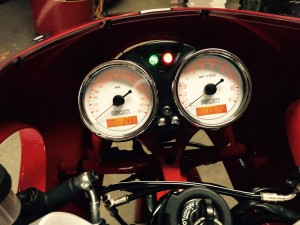 The seat and fairing choices changed from year to year, but this Sport 1000S has the monoposto seat cover and lowers to complement the windshield fairing.  The red bodywork is magnificent.  Without even first-oil-change miles, this bike is hard to call used, but after 7 years in the garage, the belts and tires might want sprucing up.  From the eBay auction:

ABOUT AS NEW AS YOU WILL FIND, TOTALLY SHOWROOM CONDITION, LOOKS BRAND NEW! ALWAYS GARAGE KEPT.

I have all keys, manuals, etc. Also there is no fuel tank spreading issue on the bike. It was checked out when Ducati did the recall a few years back and is still nice and tight today. Bike has never been dropped and has never seen rain. I know ‘it’s only new once’ but this is about as close to new as you’ll find for a 2008 bike. 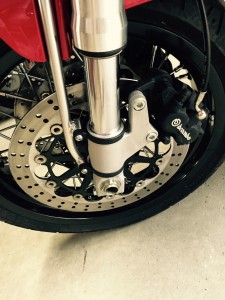 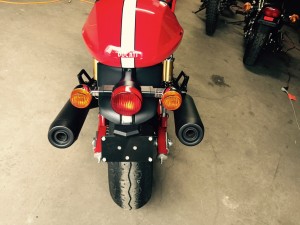 Though the Paul Smart commemoratives are fetching huge bids, the buy-it-now on this bike looks almost reasonable.  Hmmm, a little over an hour from here, maybe a test-ride up Conn. Rte 7 would be possible ?  After a quick service, this Sport 1000S should be ready for a lot of fun miles…