Update 11.19.2012: We first published this post in September and the bike has been relisted a few times. Now it’s wearing a $9000 buy-it-now and a slightly updated description. Links updated. -dc 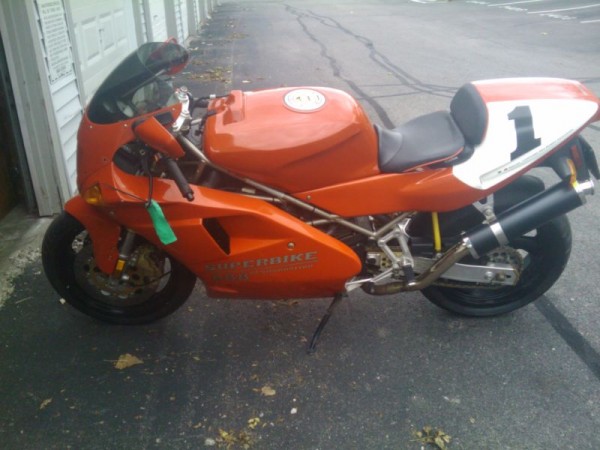 RSBFS is becoming famous. I knew that the instant I showed up to the RSBFS corporate offices and the boss showed me this Ducati 888. As I wrote in an earlier post (a Doug Polen autographed 888):

The 888 was an evolution of the ground-breaking 851, and itself became the jump-off point for the iconic 916. There is plenty of performance here to keep up with more modern machinery, and it is hard to argue with the good looks bestowed upon this series of bikes.

Yup. I wrote that. And I still believe it is true. Its just when you start to see RSBFS words showing up in other motorcycle adverts that you know your site is doing well, imitation being the sincerest form of flattery and all. 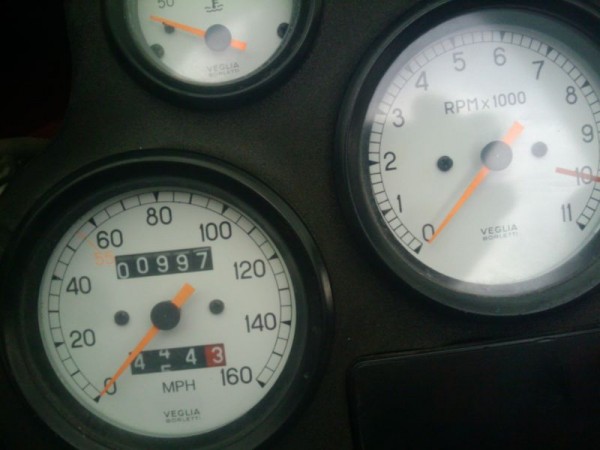 From the seller:
1993 Ducati 888 desmoquattro superbike with 992miles

The 888 was an evolution of the ground-breaking 851, and itself became the jump-off point for the iconic 916. There is plenty of performance here to keep up with more modern machinery, and it is hard to argue with the good looks bestowed upon this series of bikes.This is the best time to grab a piece of history, the bike has been sitting for 3 years welled maintain , the only thing that was replaced on this sweet smooth baby was the fuel tank, the reason why the tank was replaced, was because we left the tank empty without no gasoline for a whole year by the time i got to the bike to do some maintenance the tank was rusty so i had no choice but to replace the tank.the rectifier has also been replace,The condition of this back is in a great shape, just a little minor scratches on the fairings and the side mirror as you can see in the pictures. it also comes with a cabin seat, good condition tires (no need to replace), the only thing that will be needed is just a routine maintenance, because the bike has been sitting for a long time. 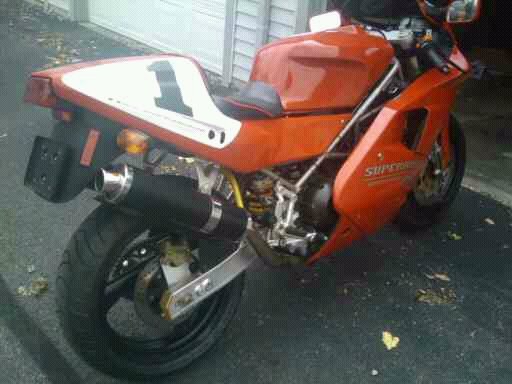 Hmm, the first part of that description sounds pretty familiar. Plagiarism aside, this 888 does look pretty good, although the lower resolution pictures tend to make it look orange rather than Ducati red. As noted there are some nicks and scratches, but I’d bet that a good service of oil and belts would go a long way to bringing this bike back to glory. The pipes and windscreen are not stock, making me wonder what other changes might have been made over the years. If I was in the market for an 888, I would definitely ask for a LOT more pictures, and possibly even arrange for an in-person viewing. These are rare, but there are enough around to take the time to find the right one a worthwhile endeavor; the wrong one can be an expensive proposition. 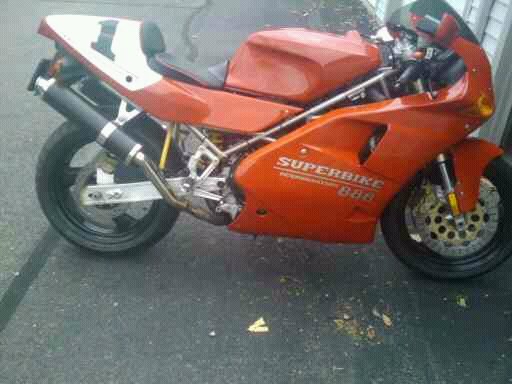 The auction has moved slowly on this one, with only a few bids amounting to just over $6,000 and reserve still in place. There are several days left to go, so it is possible that interest will build nearer to auction close. We’re getting pretty close to fair money on the bike at this point, so the reserve will be the real tell tale. For more information on this iconic 888, click the link and jump over to the auction. And make sure you tell ’em you saw it on RSBFS – twice!